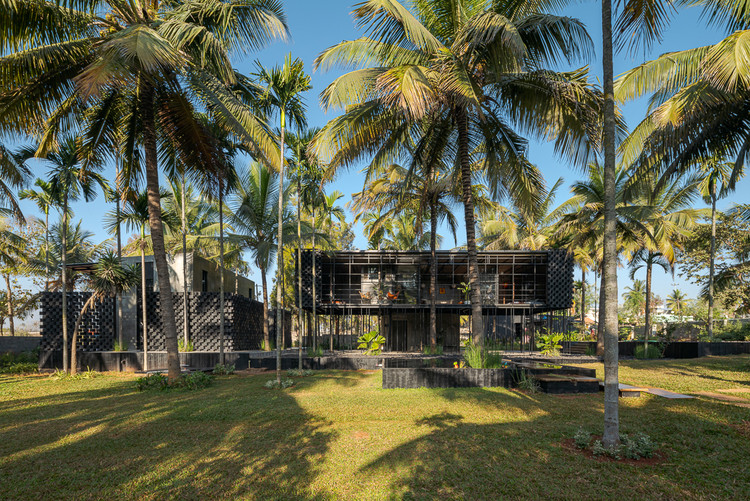 Text description provided by the architects. Located on the outskirts of Bangalore, the site is spread across 1.5 acre of flat land with coconut trees covering the whole site in a grid manner. The focus was to design a weekend getaway space that entailed a 2-bedroom space within a budget. The initial thought was to plant a built form with minimal contact to the soil. This played an important role in the selection of materials thus addressing the concept. Access to the space can be from any direction, with landscape serving as a natural pathway.

The linearity, sleek supports and wide canopies of the trees within the site, inspired us to begin with the concepts of having similar linear supports elevating the built space and minimal contact to the land. A lightly structured design paved its way, purely based on previously proposed landscape space. In doing so, both the built and unbuilt are celebrated together as a whole.

The sole purpose was to build a home amidst the greenery for the weekends, away from all the hustle and day to day commitments. The one and half acre of land acquired, thus took on the design process beginning with landscape elements filled with lush green and an existing stepped well. The built space is light and leaves minimal footprint as the material chosen to build was steel, thus elevating the building. This aided the landscape to continue its journey throughout the site.

The design brings about a well balanced ratio of voids and solids, the built and the unbuilt, thus designing this project was a challenge as the balance of the same came with a conditions applied tag of having very minimal surface area used for built environment. Our design team along with our structural consultant arrived at the site location with efficiently trained laborers to make the flimsy yet strong built environment a possibility.

NATURE the process of a seed that transforms into a seedling, a plant and then into a tree by taking the help of its surrounding elements and growing out into roots and shoots that help support it, stand on the ground and prepare food for its progress and wellbeing. The shoots go up seeking the fresh air and sunlight preparing food while the rest of the plant is tensed as its lower half of the body is stationery and yet the roots burrow deep down into the soil with rigidity. The shoots of a plant branch out and twist and turn into different planes and axises all with one single yet sturdy trunk taking the load.

A similar principle has been applied to ensure the structural stability of the built space; using built yet stable space to support the unstable spaces. The aforementioned steel pipes are in a staggered formation on the surface along the periphery so as to provide rigidity stiffness and stability to the above living space.

This living space is covered by three layers of materials, the first being bison board, the middle sandwiched layer, a sheet of glass wool for thermal comfort and protection chosen in accordance with the climatic conditions of the site. The outermost layer is however capped using fly ash blocks to bring the temperature down to a cool and breathable condition. 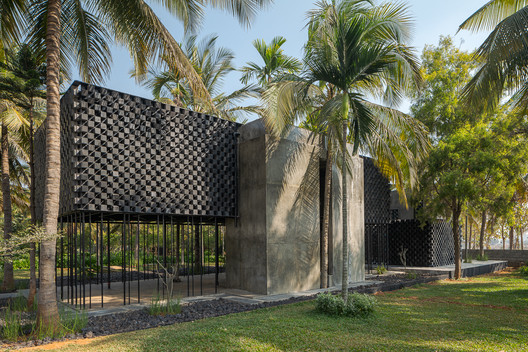 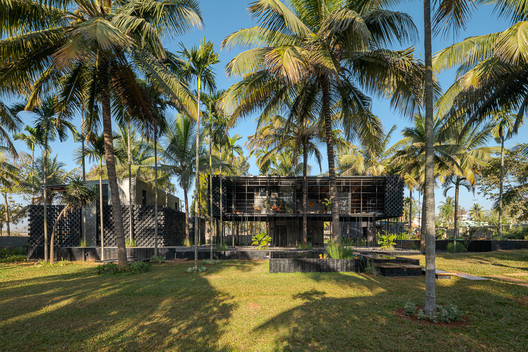