Michael McKinnell, a British-born American architect, known for his work on the acclaimed Boston’s Brutalist City Hall, and co-founder of the Kallmann McKinnell & Wood architectural design firm, has passed away on March 27, 2020, at the age of 84, from COVID-19-induced pneumonia.

Michael McKinnell graduated from the University of Manchester in 1958 and received a master's in architecture from Columbia University in 1960. In 1962, the fresh grad along with his professor Gerhard Kallmann won the international contest to design the Boston City Hall. Shortly after, they moved to Boston and established Kallmann McKinnell & Knowles. The brutalist building that celebrated its 50 years last year, became an icon of the city.

Shaping his reputation as an architect and an academic, McKinnell rethought and redesigned the city. His projects include a lot of public and institutional buildings. With his firm, he has designed the Boston's Hynes Convention Center, the American Academy of Arts and Sciences headquarters in Cambridge, and the Independence Visitor Center in Philadelphia. His interventions also comprise buildings at Ivy League campuses including Harvard, Yale, Princeton, and Emory. In 1984, Kallmann McKinnell & Wood received the firm of the Year award from the American Institute of Architects, after completing iconic ventures like the Becton, Dickinson and Company headquarters in Franklin Lakes, New Jersey, and Washington University's School of Business and Public Administration.

On an academic level, McKinnell was a lecturer at several institutions. In fact, he served on the faculty of Harvard's Graduate School of Design for 25 years and as the Professor of the Practice of Architecture at the Massachusetts Institute of Technology. Moreover, he was also an AIA, American Academy of Arts and Sciences, and Royal Institute of British Architects fellow. In 1994, he was recognized by the Boston Society of Architects with an Award of Honor, and in 2005, he was appointed to the U.S. Commission of Fine Arts where he served until 2011. 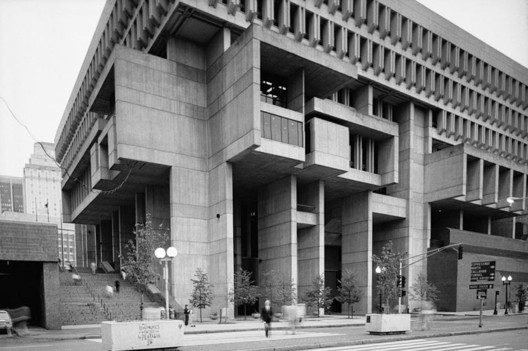