Design and the City is a podcast by reSITE, raising questions and proposing solutions for the city of the future. In the final episode, Ravi Naidoo from Design Indaba discusses the purpose of design. Aiming to define the field, the founder of Interactive Africa, a company based in Cape Town, and the design platform Design Indaba shares his personal thoughts on empowering people to create a better future through creativity. 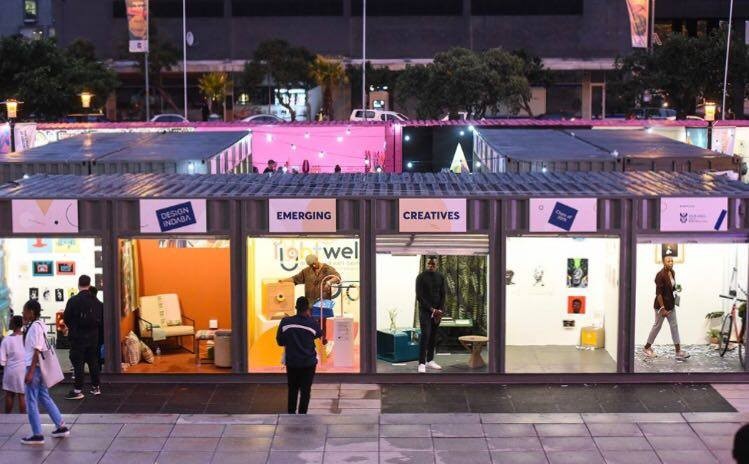 What’s design for? Is design a handmaiden for consumption? Or is design in the service of people? Could design improve the quality of life? […] Can design enhance democracy? I think the fundamental question is this - what’s design for? Ravi Naidoo, famous for putting the African design on the map is “the driving force behind Design Indaba, arguably the most influential design event in the world”, taking place each year in Cape Town. The multi-level platform, founded in 1995, has ever since leveraged over 200 projects across South Africa, increasingly across Africa and the rest of the world.

An accidental design advocate, as he calls himself, Ravi Naidoo, originally a med student, ventured in the advertising world, where he discovered the world of creativity and design. After that, he started a platform called Interactive Africa, a company that does much more than design. Reimagining South Africa through the Design Indaba platform, the agency created a lot of projects in the public domain. “A tireless force in design activism, involving himself in various humanitarian initiatives not only in South Africa but across the continent and the globe”, Ravi Naidoo worked with low-cost social housing projects, security enhancements, and contemporary infrastructure.

Living in a city of extreme duality, merging stunning natural landscapes and inequality, Ravi sees design as the solution to healing the cities’ deeply ingrained social and spatial issues. In fact, he states that “we need to start to really look at a complete makeover and a spatial redesign of the city. We should look at how we could get more low-income housing closer into the city, and improve the densification of the city”.

ReSITE, a global non-profit acting to improve the urban environment, launched its first podcast, Design and the City, featuring nine speakers from the reSITE 2019 REGENERATE event. Revolving around how we can use design to make cities more livable and lovable, every week, a new episode is released, featuring a new guest.