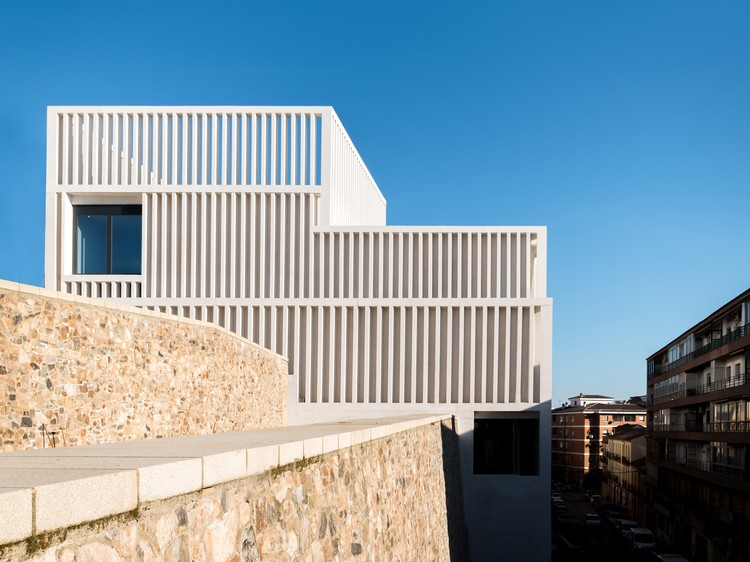 Text description provided by the architects. A strategy, not a way.
The project tries to listen to the place and to imagine a potential city that, without discarding our era, is capable of preserving the way the city breathes.

It is a matter of finding the common territory between what is contemporary and what allows the city to recognise itself; a figure, or better yet, a strategy, that contains both sides in itself.

A strategy considered in terms of opportunities. A set of rules dictated by the pre-existing. A reinterpretation of what makes the project, the container and the content, a gift for the city.

A limit that is a meeting point.
The plot forms a border in the city both in history, on the edge of the medieval old town, and in geography, an element that perches and forms the cracks of a trench.

The proposal restores the character of the area of transit and exchange that used to be the identity of the space outside the walls and makes it permeable. From the street Pizarro, under the pre-existing facade and through the back garden, a public route unfolds, being one more link in the chain of squares and alleys through which the old town of Cáceres is navigated. This also functions as a natural way of preserving the slope that leads to the new part of the city.

In the same way that art, once the privilege of an elite, becomes accessible, the building also tries in an urban trompe l'oeil, if not to eliminate, to twist and dilute the only limit that almost always remains, what belongs to a few and what belongs to all, articulating a public artery in the void that crosses the private sphere without touching it.

The presence of the possible: that which remains and that which changes.
The project is faithful to the essence of what exists and the proposed set does not differ much from what the site is now: a house with a garden.

The forceful traces remain, the round volumetrics are almost intact, a distorted reflection of the orthogonal and stone geometry of the “Casa Grande, while the apparent hermeticism dissolves in the accessible exterior routes. A “house”, also in terms of functions, housing the administrative nucleus with which the centre will operate, and a “new house”, for leisure and a welcoming stroll, which also houses the warehouses and facilities that will feed the building. 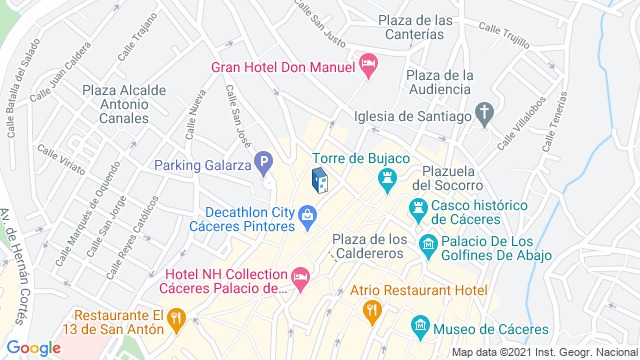 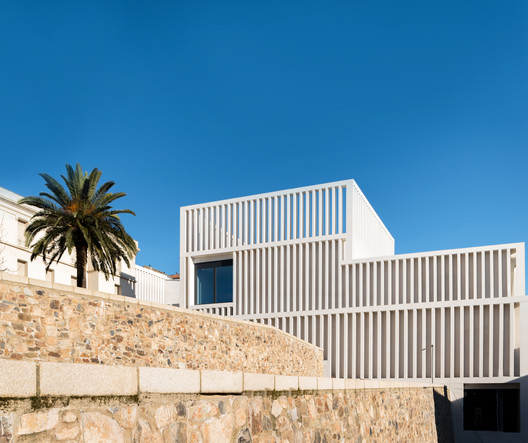 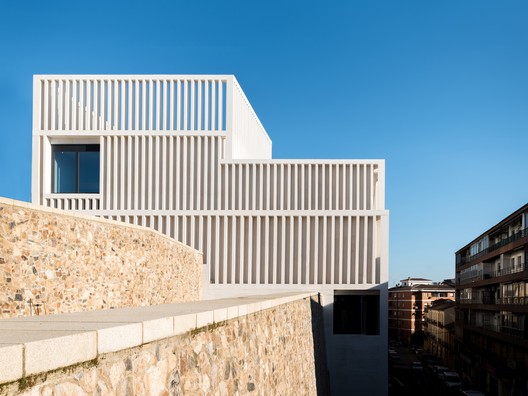