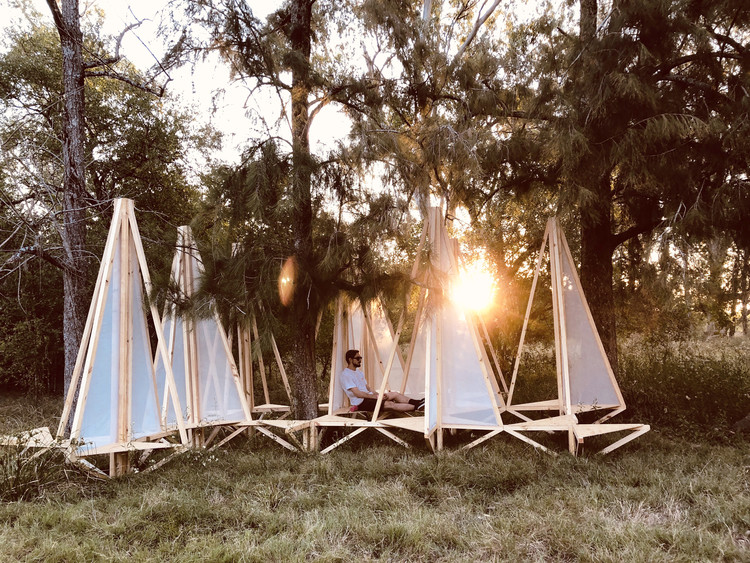 Text description provided by the architects. Echo: Acoustic phenomenon produced when a wave is reﬂected on a surface and returns to its emitter. system: (from Latin systēma, and this from Greek σύστημα sýstēma 'meeting, set, aggregate') Complex object whose parts or components relate to at least some of the other components. Eco-Sistema (echo-system) appears in the site as a structure that echoes the landscape and the community that gives life to it. It is an open and ﬂexible system that, through a process of adaptation, spatially overlaps its structure with the existing forest to deﬁne a new reality together with it.

Echo of the material, in a cyclical experience, the wood becomes a forest again but with a new appearance and character. Inverted trees that in their interdependence relationship determine a constant seating surface that acts as a support for dialogue: with ourselves, with the place, with other, with others, with everyone. Fertile land for the superposition of our ideas, our experiences, our emotions. Echo of a community that grows and evolves. Eco-Sistema was built as a satellite project for Hello Wood Argentina 2020 in the countryside working together with volunteers during a week. The first decision was to think of an element where we could sit (and feel) in the forest. So we designed a kind of virtual diamond 305 cm high that barely rests on the ground and defines two opposite corners contained by translucent sides. Then we multiplied it and defined a grid. Once at the site, we chose the forest we wanted to interact with.

The location of the trees defined the (momentary) structure of that grid by superimposing both systems, the natural and the devised one. The next step was to rotate some of the elements enabling different experiences of connection. During its construction, the flexibility of the system allowed that, based on the experience of its use, its organization could change. Once each of the modules was assembled, it was easy to move them to try different locations and positions. Two forests from different worlds, the physical one and the one of ideas, are now getting older together. 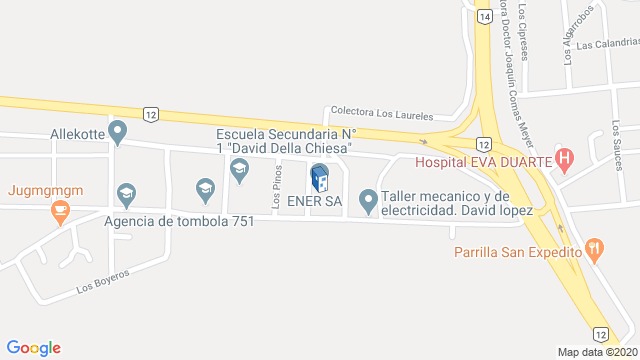 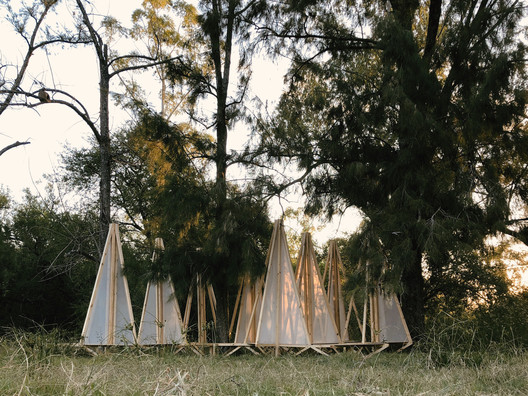