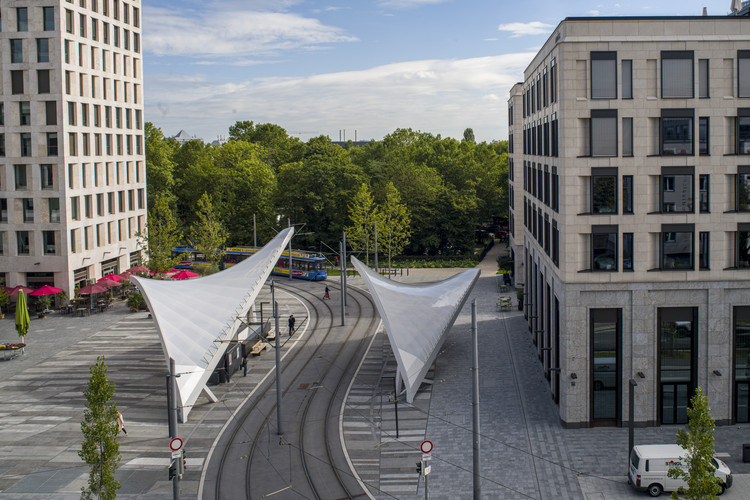 “Schwabinger Tor“ is a newly built city district, acting as a center for its immediate surroundings and as a prelude to central Munich. The Tram-station with its curving canopies acts as a point of identification and a powerful urban exclamation mark for the district, giving a unique character to the city square behind Andaz hotel. Since “Tor” means gate in German, the canopies arch across the tram-tracks thereby letting the trains literally pass through a gate on their way to or from the city.

The canopies are two quite similar structures that differ mainly in size. The surface area of each canopy is a hyperbolic paraboloid and therefore has double curvature at any given point. Thereby a highly effective static form with low cost in material is created. Both canopies are made from welded steel beams and due to the special form, the structures could be assembled by using only straight beams - except for two bordering trusses on each canopy which was a deliberate design decision. As an additional feature of the hyperbolic form, all water naturally flows towards the foundations where it can be safely collected and discharged. The structure is covered by a single layer “wrinkle-free” ETFE foil. Weather protection for the passengers is only one purpose.

The station is a 3 dimensional sculpture. Depending on the viewpoint, new perspectives and images will appear: Sometimes the above mentioned arch will be visible, sometimes the image of two dancing dragons will appear. On a broader urban level, the form of the canopies echoes frei otto´s Olympic stadion, which is only a short walk away. The material of the covering is the same as on Herzog and de Meurons allianz arena, which is also only a short drive away. The pavement of the square is also communicating with the canopies and together they form a dynamic piece of art! The pattern of the floor in fact mimics a painting by Paul Klee who was practicing in that very area. The whole square becomes a reminiscence of the areas multilayered history and built heritage. 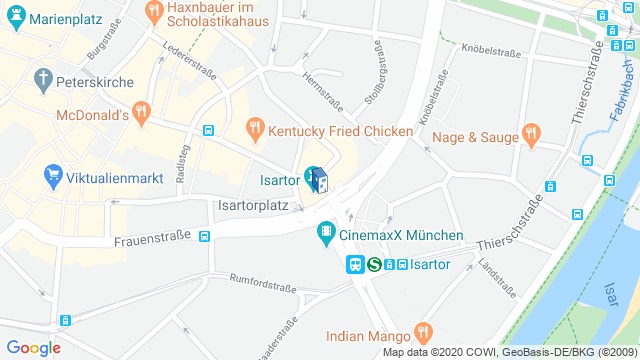 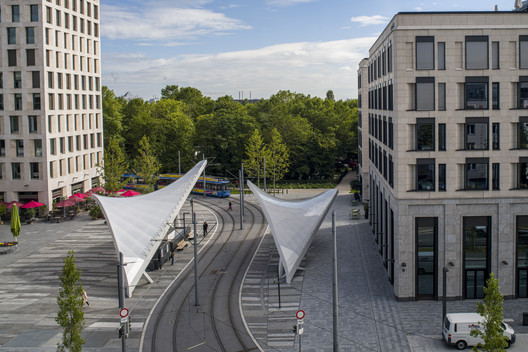