Background
Dapeng City is an ancient city of Dapeng, with its full name of “Dapeng City of Defense and Protection for The Common”. It is located in Pengcheng Village, Dapeng New District, Shenzhen, covering an area of 110,000 square meters. Built in the 27th year of Hongwu, Ming Dynasty (1394), it is now the only Major Historical and Cultural Site Protected at the National Level in Shenzhen.

Surrounded by mountains on three sides and sea on one side, it had historically been a city of the great military importance of attack and defense. At present, the city relics are well preserved with the clear urban spatial structure of four east-west and north-south axes and city construction patterns, as well as its simple and unadorned style. The three Gates of East, South, West made up of slates and black bricks still stand erect and majestic till now. In June 2001, Dapeng City was announced by the State Council as a " Major Historical and Cultural Site Protected at the National Level".

Located in the middle of Dapeng City, the granary was built in the 14th year of Wanli (1586), covering a total area of about 960 square meters. Its east-west axis is concordant with the spatial axis of the city. Its west side is adjacent to the main street in the south-north direction of the city, and its north side is connected to the green yard of Xietai Yamen (the government office in feudal China) Site. The granary has only one floor, with 10 rooms in total, 42.5m in width and 22.5m in depth. Each room has a block arched roof and two vents. The load-bearing wall of the main structure is the wall of yellow mud with a thickness of 318-327mm. The cornice of the building is 4.0m high and the roof ridge is 5.5m high. Except for a part of the rooms of the building transformed into the exhibition hall of wooden boats, the rest of the space has not been used yet. The interior rooms are worn out and messy in long neglect and disrepair with its wall peeling off.

Strategies
According to the requirements of the sub-exhibition hall of Dapeng City in the 2019 Bi-Annual-Exhibition of Shenzhen-Hong Kong Cities and Architecture Bi-City, the indoor exhibition area is mainly located in the granary of the city. The exhibition will be shown mainly by the interactive images. Taking advantage of the opportunity of the Bi-Annual-Exhibition, we have remolded and improved the space of the granary to meet the needs of the exhibition. The alterable area of the indoor granary is about 730 square meters. The granary will be built into a significant place and carrier for art events, corporate activities, historical and cultural education, and aesthetic education programs.

As a key protection unit of ancient buildings, limited and slight intervention and reform have been carried out to the granary, meeting relevant requirements such as the Cultural Relics Protection Law. The design makes a systematic illustration and reconstruction of the streamline, spaces, light, courtyards, and so on with the combination of the features of the exhibition.

Experience Streamline
Under the existing spatial structure system, the functional streamline is designed and defined. The exhibition streamline is first introduced from the west entrance of the main street adjacent to the south gate of the city, and the west side entrance is used as the entrance of the main exhibition hall. Through the minor reform methods such as retaining and sealing of walls and doorways, combined with the relationship between indoor exhibition and outdoor courtyard exhibition, clear streamline and different entrance and exit of the hall have been planned to make a natural transition between different exhibition exits and halls to different courtyard landscapes and outdoor exhibition fields, forming a distinguished exhibition experience.

Space Prototype
The granary features paralleling single-arch masonry roofs outdoors, in accordance with the same arched space indoors, which conforms to the spatial prototype of its own structural logic, and is also the impressive and heart-touching of the whole building. The design practice hopes to retain the original shape and style of the arched roof. The arched roof itself is extremely ornamental and can also be displayed as an exhibit. As a historically reserved feature, the old arched roof is in sharp contrast with the newly implanted space elements, which together creates a space that meets the needs of modern exhibitions. Dark gray cement self-leveling floors, white textured paint walls, horizontal and deep corridors and unique arched space are all combined into a unique exhibition hall.

The load-bearing wall of each room of the granary has a two-meter-wide door opening. The design practice retains these door openings or turns them into window openings, which can meet the requirements of streamlines in function, but also form a sense of penetration in the sightline of the space, and break the constraint of plane space. Through the wrapping of black brushed stainless steel at the entrance, the special "entrance" space with strong longitudinal depth is strengthened, and at the same time, the framed image for the indoor exhibition is formed.

Light Arrangment
The internal space of the granary is divided into independent exhibition halls. The exhibits in the granary are mainly lightened by artificial light. Through artificial light, the arched ceiling is illuminated to strengthen the spatial characteristics of the arched exhibition hall, and thus makes an air of the "space container" for the indoor exhibits. The exhibits are mainly illuminated by the track projection lights on the wall. According to the performance of different exhibits, the lights can be flexibly changed to meet the requirements of the light intensity of the exhibition.

The natural light of the original doorway of the granary has a large impact on the requirements of the exhibition. The interior space of the building is blocked by gypsum board partition walls in the design, so that each room can form a complete exhibition space and be used for image exhibition. The two vents on the arched ceiling of each room have been retained and transformed to not only a ventilation outlet for indoor airflow and a new ventilation outlet for indoor air conditioning, but also internal natural light shafts of each independent exhibition hall. The light will be sprinkled on the ground and changing with dynamics, fulling the space with an air of human emotions. At the same time it can be appreciated as an exhibit aesthetically.

Transparent Courtyard
The south-side courtyard of the granary retains a series of unique structural force-bearing elements similar to "stone buttresses", forming a deep and serene porch and courtyard. We add a kind of semi-transparent mesh roof of light-steel metal to the "buttresses" structure, which limits the space of porch and courtyard, corresponding to the arched doorway. Under this structure, the internal courtyard shares a strong sense of depth and order with the external space. The old and solid outer walls of this historic building form a sharp contrast with the newly-white and transparent modern metal proof of light steel, generating a sense of semi-transparency and ambiguity of the fusion of ancient and modern times in terms of space.

This design practice protects and reforms the traditional cultural building in a way of minor intervention. The granary is thus endowed with new functions and is injected with new energy. This practice is also an extension and reconstruction to the old buildings in terms of space-time relationship. Not only does it show the spirit of tolerance during the development of the historic city, but it also provides a novel experience for the common to experience both the history and future. 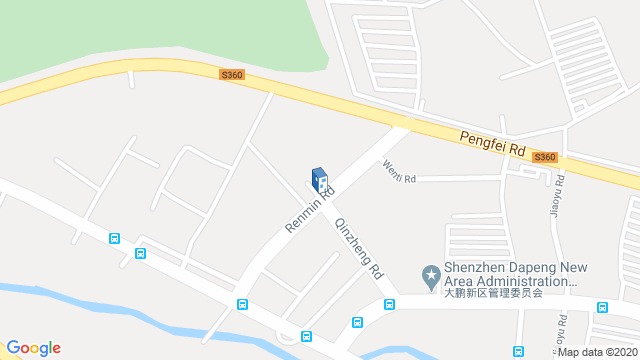