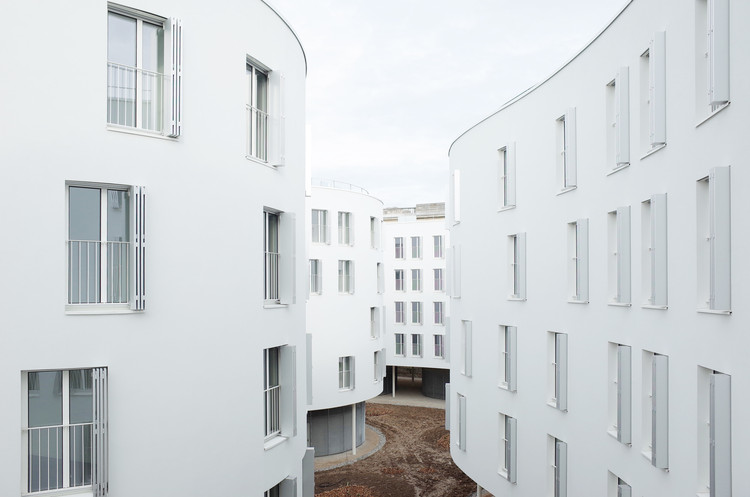 Text description provided by the architects. The project is situated in the 16th district of Paris, surrounded by classic Haussmann urbanism on one side and the Bois de Boulogne on the other. The four housing volumes weave past each other creating a sequence of courtyards that connect city and landscape, bringing a series of interstitial gardens to the heart of the site.

The design is characterized by its organic forms and the curved façades provide apartments with multiple orientations for natural light, ventilation and views. Each transparency across the site, opens views towards the park and provides breaks in the continuity of the street. The pilotis space is punctuated by a series of expanded metal bubbles that house the entrances, bike storage and reception areas, while a softly undulating landscape buffers each of the buildings at ground floor level.

Each volume has a different form, providing diverse interior plans that engage with the specific character of the adjacent fabric and provide variable living arrangements. The diversity of curves also creates a shifting perception of the project from the street. Sometimes it appears as a continuous series of undulating surfaces, at other times views pierce through the whole site establishing a dialogue with neighboring buildings and the park. There is an inherent dynamism to the distribution of buildings: the courtyards appear to open and close as you walk through them, establishing an open dialogue between communities.

The cream-colored stucco facades echo the stone of Parisian facades and the anodized aluminum shutters articulate the rhythm of the curves. These reflect the sky and park and the building is animated by a soft spectrum of colors across  seasons and time of day. 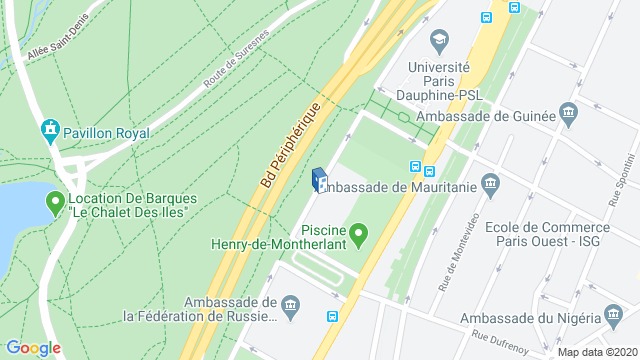 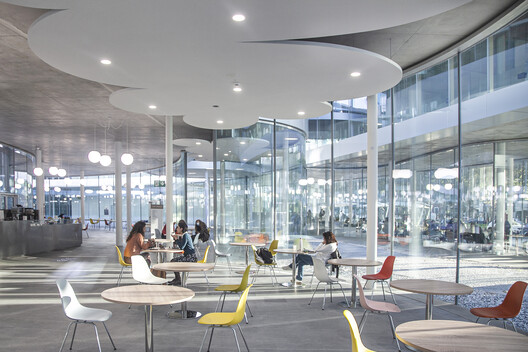 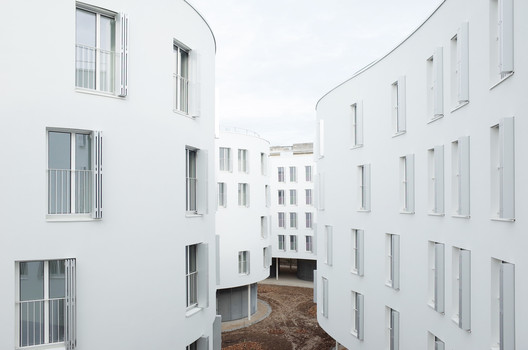