Save
Psychology of Space: How Interiors Impact our Behavior?
Share
Or
Copy

With most of our lives spent indoors, the space we occupy has a major role in our psychological behavior. Environmental psychology or Space psychology is, in fact, the interaction between people and the spaces they inhabit. Lighting, colors, configuration, scale, proportions, acoustics, and materials address the senses of the individual and generate a spectrum of feelings and practices.

From inducing warmth and safety, defining well-being, or creating a positive and efficient working environment, space can have a whole lot of impact on how we act or on what we feel; therefore, design and creative measures should be considered according to the social and psychological needs of the occupants.

Psychology of space is in fact “the study of human relations and behaviors within the context of the built and natural environments” according to Dave Alan Kopec, a specialist in the field and professor at the New School of Architecture and Design in San Diego. Having a direct impact on your subconscious, contributing to your emotions and perceptions, through that special part of your brain that reacts to the geometry of the space you occupy, interior design became an inherent part of people’s psychology. Though it is not the only factor involved, interior space has big implications, and it is the architect’s responsibility to shape tangible solutions for users and incorporate these ideas into the structure.

With the rise of functionality in the last decades, space became a mere reflection of the program it holds. People were stacked in boxes to produce and feed into a consumer-oriented society. In fact, this idea of just cramming individuals in any place started as the industrial revolution brought flux of people into non-equipped cities. The regular house plan was divided to accommodate as many newcomers as it could retain. Homes and jobs were oriented towards fast-paced-production. Usage of space and the psychological understanding behind it came later on in the future.

Back to our modern times, in an article published in the Independent tackling the new designs of libraries, Dr. Sergio Altomonte, architect and associate professor in the department of architecture and built environment at the Nottingham university specified that “buildings and urban spaces should be designed first and foremost around their occupants. The importance of architecture as a trigger to physical, physiological and psychological wellbeing is nowadays becoming a topic of significant relevance.”

“Architectural cues can provide reinforcement to the desired behaviors that we would like to see enacted in specific place types,” says environmental psychologist and interior designer Migette Kaup. In other words, architecture is the physical mean. While key factors, that architects need to pay attention to, include safety, social connectedness, ease of movement, and sensory stimulation; more concrete measures encompass light, colors, art, ventilation, etc. For example, some principles of design comprising balance, proportion, symmetry, and rhythm can introduce a sense of harmony. Colors, on the other hand, have a very simple logic behind them, the warmer the color is, the more compact space becomes. They can also evoke feelings of comfort or stimulate communication. Light depends greatly on the function. A dim light suggests a gloomy space while a bright light defines a bigger animated appearance. Natural light stimulates production and recovery.

While some spaces add up to your anxiety, others provoke a sense of serenity, and you can’t seem to know why. In fact, not always evidence-based, environmental psychology focuses more on research, and on people’s interactions with their surroundings. On that, Irving Weiner, AIA, an environmental psychology professor at Massasoit Community College in Middleborough, Mass states that “some of these environmental influences we cannot see or touch, yet they have a direct influence on our behavior or mood.” Bottom line, the factors are not easily discernable.

Taken into account in the design process, space psychology can lead to better productivity in commercial projects, bigger sales in retail ventures, and accelerated recovery in healthcare developments. Nevertheless, with the absence of explicit guidelines, the translation into architecture is still unclear. It will highly depend on the designer’s sensitivity, creativity, and understanding of the research. “Part of the problem is that much of the work in the field is very psychological [or] behavioral, and it doesn’t easily translate into specific design recommendations,” says Alan Hedge, a professor at Cornell University’s Department of Design and Environmental Analysis.

At the end of the day, design is quite complex, and so are the individuals inhabiting these spaces. “Does architecture matter? Absolutely. Can it insulate people from the political circumstances around them? No” affirms Adrian Lahoud, Dean of the school of architecture at the Royal College of Art. 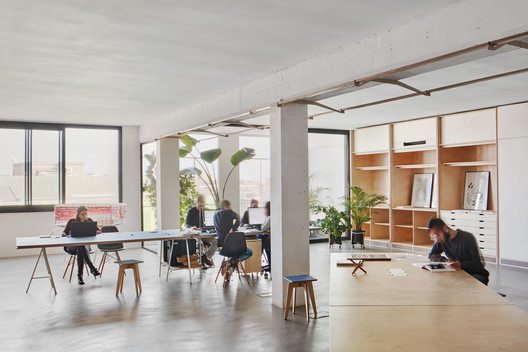