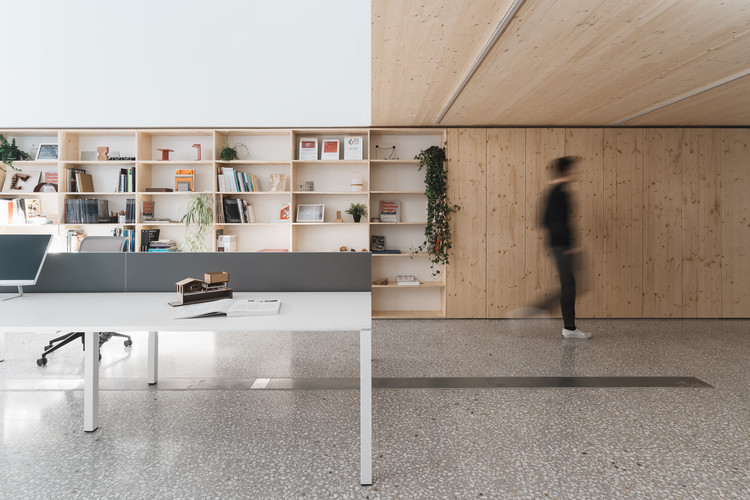 Text description provided by the architects. The project consists on the refurbishment an old and industrial building to lodge new workspaces.

Before the reform, both spaces were totally divided and configurated as traditional offices. However, the aim of the project was exactly the opposite: generate open, diaphanous, luminous and connected workspaces. In such a way, the project wants to recover the original industrial condition of the space which was much more interesting and powerful. The design of the new space responds to this double spatial condition of the place: The access is in the initial space, the lower one. Also, in this space is placed a garage with independent access and stairs that lead to the upper floor, where there are an office and two meeting rooms. The second space, the highest, is the diaphanous workspace.

It is the greatest area of the project where huge tables coexist with a long bookcase, shelves for materials and prototypes and a small office area. The space is dominated by the presence of the old structure of the building -arches with steel braces- and the helicoidal pipes of the ventilation system and the light bathes it through two big windows.

Two meeting rooms are suspended between these two areas. The structure that supports them is extremely light: a floor, made of CLT panels, supported by the walls of the local. This releases the lower space from any vertical support element.

The reform was made in two parts: First, the old partitions were demolished in order to recover and rehabilitate the original space. The façade of the Larrabide Street was replaced, the roof was repared, part of the structure was consolidated, and two Velux windows were opened in the roof of the meeting rooms. Once the space had been emptied, the second phase was carried out: the construction of the new workspace.

The choice of the materials also reflects the double spatial condition of the project. In the initial space, polycarbonate is used for the façade and for the interior partitions, so light passes through them and floods the interior spaces. Other material in this area is the white lacquered metal, light and luminous, used in the access doors (deployé), in the tramex loft, that contains the installations, in the structure of the staircase and on the polycarbonate structure.

In the shed, there is a change, anticipated by the CLT floor. Here, fir wood is the protagonist. It is used in some walls in shelves and closets. While polycarbonate is used to bring light to the entrance area, wood brings warmth and calm to the workspace.

The palette created with these materials and the white of the walls and ceilings is completed by the materials used in the floors: on the upper floor there are pieces of 15cmx15cm matte ceramic; and on the ground floor a beautiful terrazzo, with white marble fragments and a grey background, is used. Both, the ceramic and the terrazzo, want to recover the industrial taste. 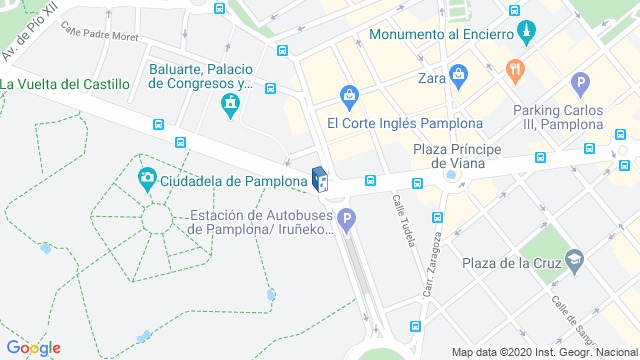 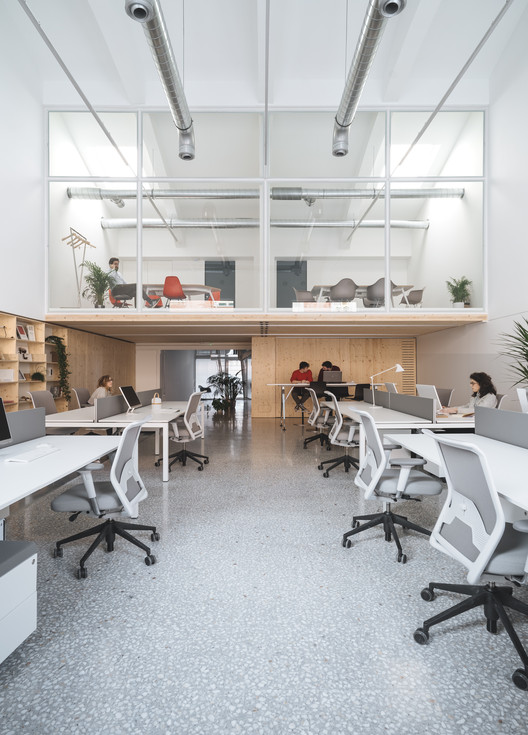