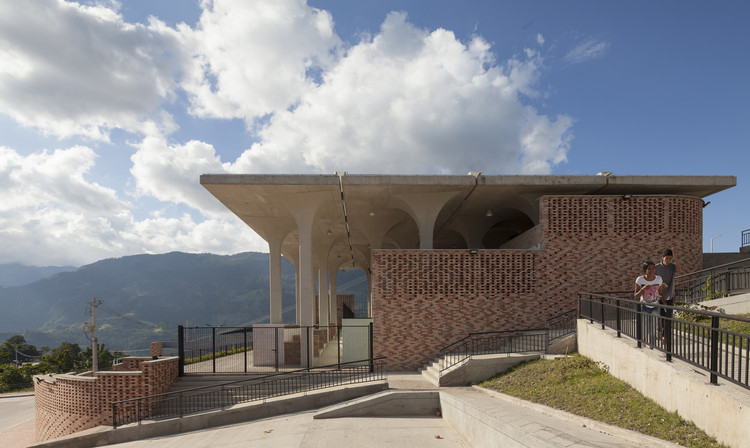 Text description provided by the architects. Gramalote is located in the area of Norte de Santander. On December 17, 2010, due to heavy winter rains caused by the “La Niña” phenomenon, a landslide swept through the town of Gramalote, forcing its 2,800 inhabitants to move to nearby municipalities. Being one of the first displacements caused by climate change in Colombia, the national government, together with the Adaptation Fund, rebuilt the municipality, including the new market place, which since has become an emblematic place for the people of Gramalote.

The roof was designed to be an architectural reference and meeting point for inhabitants of the town. It is made up of a concrete structural module, defined by inverted folds and a rainwater collection mechanism in its roof and columns. By arranging eight modules of three, a roof that demonstrates unity in the architectural ensemble is created.

The project is implemented in a topography with a 25% and 30% slope, which forces the creation of a continuous zigzag path between the higher and lower accesses of the market square. This path also works as an articulating element of the project. Its layout is resolved with a ramp with slopes and adequate breaks to facilitate the circulation of a market cart or a wheelchair. Likewise, to avoid to intervene with excavations and landfills, platforms that respect the topography of the place were incorporated, adapting to the terrain and achieving different views along the route.

The lower part of the square has a multiuse platform attached to the main access in which a farmers market, a food court, bazaars, musical events, etc. can operate. Thanks to its location it functions as a viewpoint towards the landscape and towards the Los Apios gorge. Commercial modules of two types were created depending on the products sold in each one. In total, 70 commercial stalls were generated for the market place. Independent of the roof module, the market place consolidates the face of the block where the project is located. This clay facade is retracted at the upper part of the lot in order to create an entrance hall for the project, while at the side it creates a generous public space together with the pedestrian path. The facade of the project is designed in a permeable way allowing the generation of permanent trade outside the Market Place.

The textures of the facades are achieved by using blocks of clay created by the local industry of the region. These pieces allow visuals towards the interior of the square, but at the same time, they delimit the perimeter of the project. This construction received first place in the Cemex Colombia 2019 Collective Space Category contest and second place in the Cemex Works Prize contest. 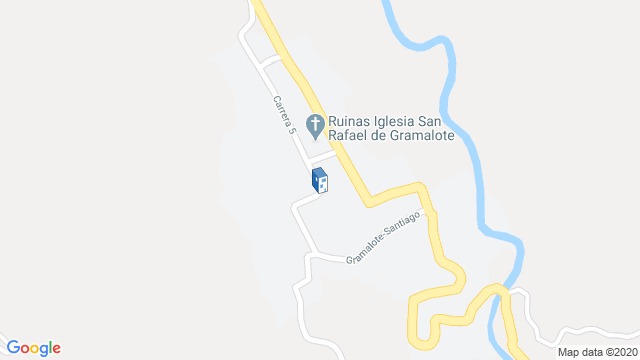 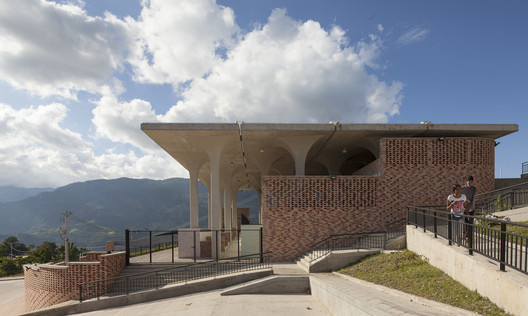