Save
Building Bangladesh: A New Wave of Cultural Projects
Share
Or
Copy

Bangladesh has built a new wave of cultural architecture over the last decade. Tied to design influences from across the Bengal region and the broader Indian subcontinent, the country's modern buildings stand alongside monuments dating back thousands of years. With an architecture rooted in religion, history and culture, contemporary projects build upon the past to imagine a new future for Bangladesh and its cities. 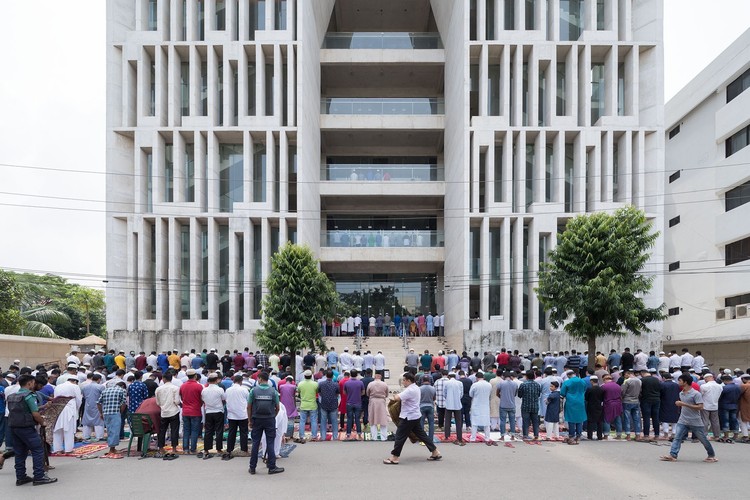 The name Bangladesh means the country of Bengal, and this South-Asian sovereign state is one of the most densely-populated countries in the world. As BRAC's Adnan Morshed explains, the country's architectural scene has been thriving with "a new energy over the past two decades or so. Bangladeshi architects have been experimenting with form, material, aesthetics, and, most importantly, the idea of how architecture relates to history, society, and the land." Over time, the country's architecture has had a unique impact on the lifestyle, tradition and cultural life of Bangladeshi people.

With a diverse and picturesque geography, Bangladesh's built environment reflects a range of building conditions. From the world's largest river delta, the Ganges-Brahmaputra, to its evergreen hill ranges, to the Madhupur and Barind plateaus, the country has worked with a varied landscape and materials that were readily available. Beyond Louis Kahn's iconic National Assembly Building, more recent public and civic projects are being built that reinterpret the country's climate and history. From the capital city of Dhaka to more rural locations, the following modern buildings showcase cultural projects built over the last decade.

On average, nearly 1000 people live in every square kilometer of Bangladesh, and over 80% of the population live in rural areas. This project’s main strategy is to communicate and develop knowledge and skills within the local population so that they can make the best possible use of their available resources. Historic building techniques were developed and improved and the skills passed on to local tradesmen to further transform the building techniques.

Teach for Bangladesh by Studio Dhaka

The project is located at the densest commercial area of Dhaka city, and the function and nature of business of TFB contrasts with the site surrounding it. The project stands out from the surrounding corporate high-rise buildings in its very humble and down-to-earth structure. The edifice and the character of its spaces stand out in the utilization and interplay of natural resources like trees, plants, water, the sun, wind, rain and shadows.

The Dutch foundation Pani commissioned SchilderScholte architects to design an educational building in the north Bengal town of Rajarhat. The architects embraced this pro-bono assignment coming from ideological motives and knowledge sharing. The building serves as a community center for people from the region, aged from toddlers to the elderly. The starting point was to realize a building using materials and skills from within a 15 miles radius around the site.

The urban plot allocated for this mosque was relatively small but the survey suggested that the mosque would need to accommodate a large congregation. This necessitated re-imagining the mosque typology into a vertically stacked volume. Planned for 2500, the building is presently attended by up to 4500 people for the weekly Friday prayer. Because of the limited size of the plot, the court-prayer hall sequence had to be substituted for a pragmatic approach. The entrance, for example, is immediate: a flight of steps from the sidewalk directly leads to the main vestibule and prayer hall. All floors are accessible by generous stairs and elevators, taking visitors to six upper levels.

The common ambition of the Franco-German embassy in Dhaka, Bangladesh presented itself as a strong opportunity for the design team to display the theme of duality and unity in a single building. This synergy between the two nations led to proposing a formal concept of permanent growth. The double DNA like spiral represents the dynamic relationship of France and Germany as the ‘political and economic engine' of modern Europe.

Located adjacent to the Azimpur graveyard in Lalbagh, the Mayor Mohammad Hanif Jummah Mosque is a threshold space inspired by the Azam Shah Mosque built by the Mughals in the Lalbagh Fort. The new design is a departure from traditional mosques in both physical and philosophical designs, combining old and new ideas into a contemporary concept. A key feature derived from the Mughal mosque was the “Shaan” – an extended terrace attached to the entrance of the main hall.

The Friendship Center near the district town of Gaibandha, Bangladesh, is for an NGO which works with some of the poorest in the country and who live with very limited access and opportunities. Friendship uses the facility for its own training programs and will also rent out for meetings, training, conferences etc. as income generation. The low lying land, which is located in rural Gaibandha where agriculture is predominant, is under threat of flooding if the embankment encircling the town and peripheries break. 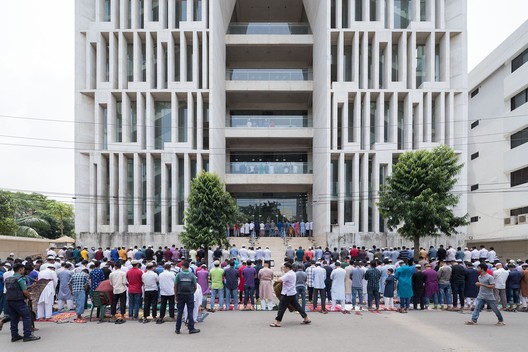