Save
AC Hotel Dallas by the Galleria / 5G Studio Collaborative 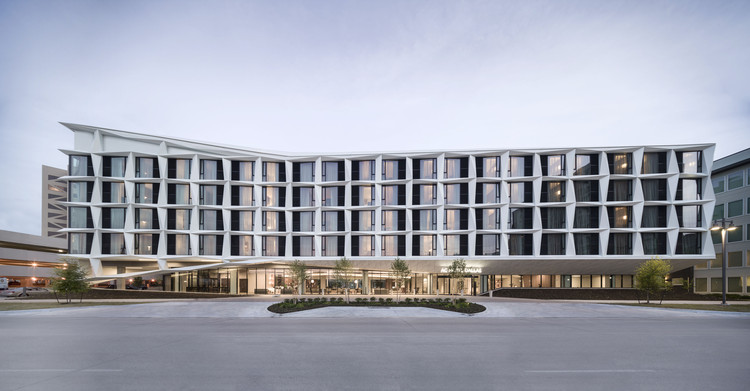 Text description provided by the architects. The design of the AC Hotel Dallas by the Galleria is rooted in the abstract ideas of Catalan Modernism which finds particular significance by way of the AC brand’s Spanish heritage. Expressed using the sharp-edged geometries of the facade, the building simultaneously embodies the characteristic plasticism of the Catalan ethos and the pragmatism defining the Dallas lifestyle. With this design framework, the project seeks to catalyze a progressive architectural tone for the imminent redevelopment of the Dallas Midtown district and Dallas at large. The urban select service hotel is a keynote structure for the 4-billion-dollar pedestrian-oriented master plan. Prominently located at the corner of a future 5-acre central park, the hotel features 120 guestrooms, 10,000 SF of meeting facilities, and 10,000 SF of combined lounge, corner bar, study, library, and dining areas. The AC Hotel weaves at its corner with another hotel that is similarly scaled.

The architecture merges the AC Hotels’ modern Spanish design sensibility with Dallas' pragmatic urbanism.  Simply conceived as a lightweight latticework that levitates above the hotel's public space, the facade's faceted planes evolve under the diffusive north light throughout the day along with the color and light cast from the sky.  The lattice serves up an architectural fabric that drapes across the transparent lobby and lounge; views between the public pedestrian realm and the lush, bamboo-lined pool courtyard are seamless.  The skin splays down to the street level, engaging with passing pedestrians, and their dogs, encouraging interaction with the architecture along the interstitial exterior space it creates between the streetscape and the lobby.  The skin design relies on a precisely fabricated metal rainscreen cladding system which requires a high degree of manual fabrication skills.  Careful attention was spent on the depth and angle of each piece as a singular element and their intricate transitions with the rainscreen tile panels, progressing the material language across the façade.

Layered ceiling planes in the public space bring warmth to the expansive 'Dallas Midtown's Living Room' and suggestively subdivide the zones of social interaction.  In daytime, the lobby and lounge are one contiguous limpid space that feels as an extension of the streetscape and the courtyard.  During the evening, it's a warm-cast voluminous space with views out to the urban night scene and the internal pool party. 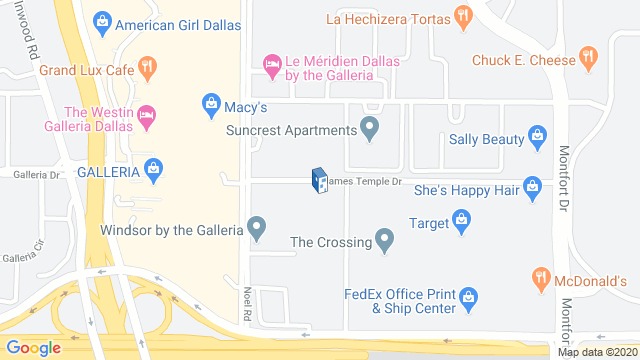