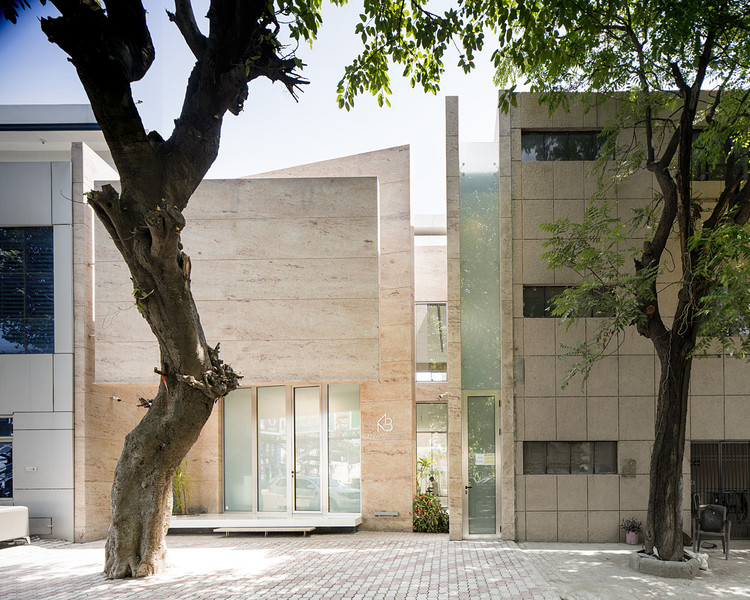 Text description provided by the architects. The project is located in Mohali (Punjab) a satellite town of Chandigarh.  Chandigarh a is a city designed by le Corbusier located 250km from New Delhi and is a symbol of modernism in India. The site is located on one of central sector road facing one of the busiest  commercial hubs of the Mohali. The brief was to design a working office for a builder who is closely associated with our practice. The office had to be a reflection of both the builder’s execution skills and the design philosophies behind our projects.

The concept was primarily a response to the narrow & small site located on one of busiest roads of Mohali (a satellite town of Chandigarh).  The central idea was to design a closed box opening mostly skywards but with careful gaps looking into the street and using the courtyard as a buffer between the exterior & the interior. The strong & clear geometry of intersecting lines & an ellipse resolve a complex brief and create the requisite spatial sequence. The idea was to utilize the small site by building the bare Essential number of elements with each element achieving its maximum efficacy.

The primary requirements were a small reception, a large office with an attached meeting room on the ground level and a work-space for the accounts team along with a second office on the second level. A significant requirement was a separate access to the terrace to allow for future expansion with ever increasing floor area ratios in these commercial hubs.

All the requirements were met with a clear thought of spaces flowing into one another along with a large central volume. Two intersecting walls that form a sort of “L” allow reorienting the entrance towards the main centre of the commercial hub which is located just after a plot on the left of our site. The other wall allows us a separate access to the third level & also the washrooms for the main office. The central ellipse on the ground level is the closed meeting room (required for all cash transactions prevalent among builders) which is attached to the main office as well as the central space.

The interjection of courtyards & skylights is a strategy that allow us to experience the fragments of nature like the wind, light &greenery & break the powerful geometry of the elements of design.  The facade is like a blank canvas for the light to manifest its magic filtering through the foliage of the tree right in front of the site. The overall material palette is limited to only white marble & sivakasi gold granite along with simple white painted surfaces. 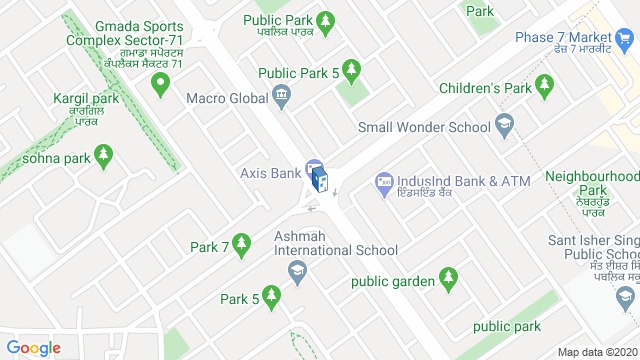 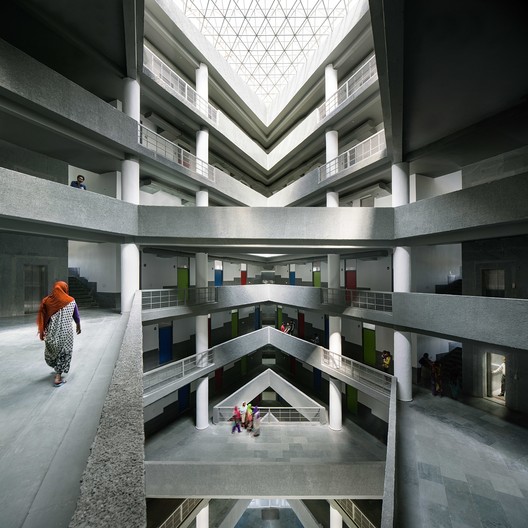 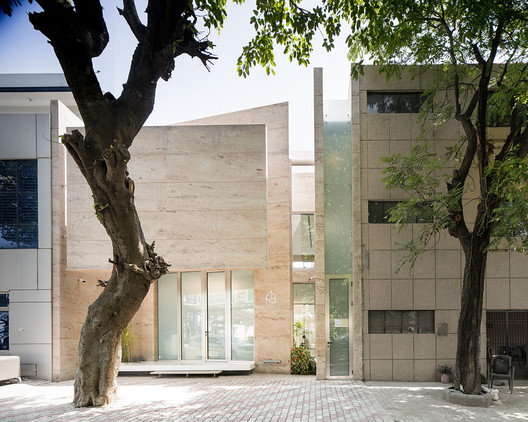