As the petition outlines, "the legacy that Frank Lloyd Wright established with his Fellowship, the evolution of which is the School of Architecture at Taliesin, represents an irreplaceable presence in the American cultural landscape." As the student body wrote, "The imminent closure of the School of Architecture at Taliesin has left its student body stunned and deeply distraught. To discontinue eighty-eight years of an alternative pedagogical model is at least as destructive as the demolition of a physical architectural masterwork. To close this school is to dismantle one of the great visions and traditions of the past century; and to preserve the culture that sustains a built environment such as Frank Lloyd Wright’s Taliesin is equivalent in importance to any material evidence of history."

The petition was launched within the last two days, and has already gained traction with over two thousand signatures. To find out more about the petition, follow Simon DeAguero's page on change.org 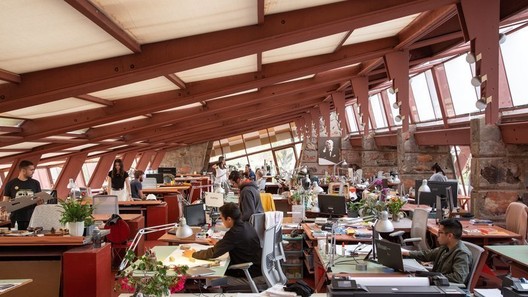