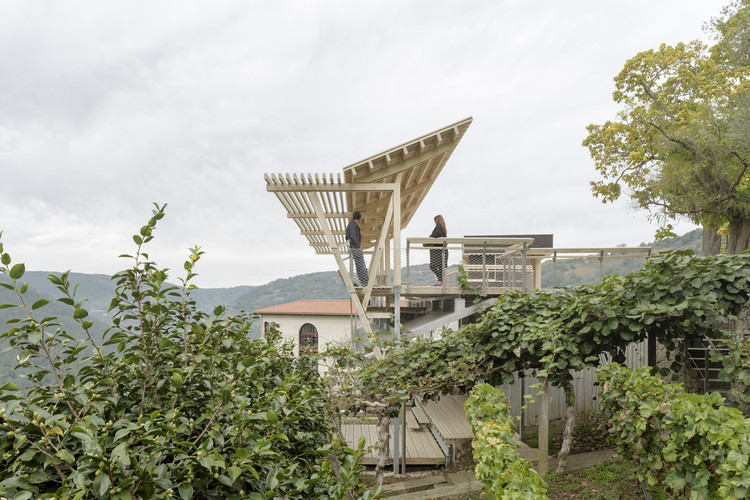 Text description provided by the architects. The project consists of the execution of a viewpoint for a winery in the process of a  generational change guided by a discourse that incorporates an appeal for the right to live off of the land.

The plot, located in a rural environment with a traditional nucleus and an intensely worked agricultural environment, is oriented to the southwest. It has ample views, mainly in the direction of the slope that descends towards the banks of the river Miño. Here, the meander that makes up the river singularizes the landscape, giving it enormous power from a geographical point of view and forming one of the most recognizable and renowned landscapes of the Ribeira Sacra: “O Cabo do Mundo” (The Cape of the World).

The commission of Abadía da Cova required a set of outdoor spaces to enjoy the tasting of the products of the winery and for the contemplation of the landscape. Finally, the project was completed with an open space with a covered bar, restrooms, a storage space and a small tasting room.

The new architecture gives spatial coherence to the different buildings of the winery and is connected to the values of respect for the environment that characterize the activity of the winery with its implementation and materialization while strengthening its identity. It responds, therefore, to diverse criteria such as the interrelation with the immediate environment and the surrounding landscape, the search for an architectural expressiveness that makes it recognizable as a brand image and the economy of justifiable means and gestures that respond to a structural and functional clarity.

A reinforced concrete slab rests on two existing retaining walls and new load-bearing walls built in concrete, with a bare face executed with a formwork of wooden logs of different diameters. This platform connects the main piece of the viewpoint enabling a large space on the upper floor as a square, articulating the space between the area bounded by the traditional buildings of the winery, in which there is a wine treatment area in barrels, a meeting room and a shop, and the stairs and the ramp that lead to the building of the new warehouse. The paving of this space was unified by extending the existing cobblestone in the upper area between buildings to the section of the trail and the platform itself.

Supported by steel pillars, the structure is solved with acetylated pine wood, characterized by its high levels of durability and stability. This decision has allowed us not to use biocidal finishes that could wash out and eventually affect the plantation. The constructive details have been consciously taken care of to extend the useful life of the construction, ensuring its durability and thus adding it to the heritage of the following generations. The wood will acquire a grey tone, derived from the presence of moulds in the surface microcracks, which will function as a witness to the passage of time.

The railings incorporate a mesh that will serve as a support for climbing plants contributing to the adaption of the building to the environment, avoiding overheating due to the high temperatures characteristic of the area in summer. 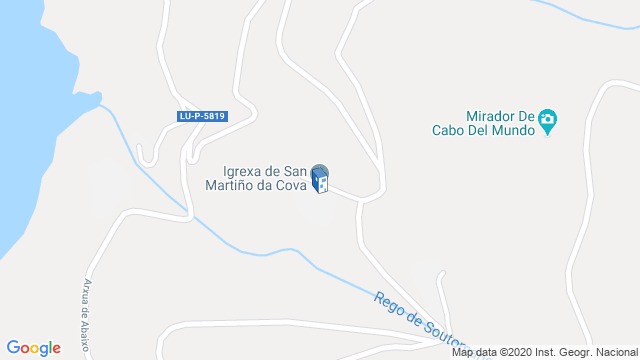 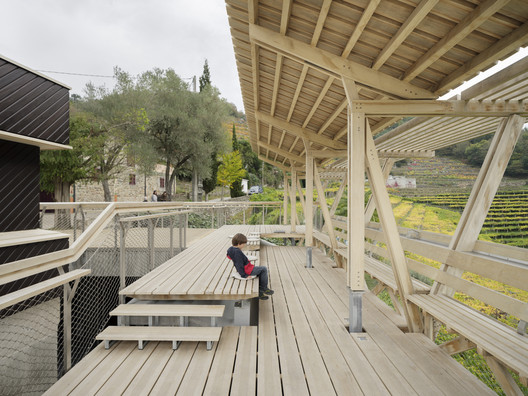 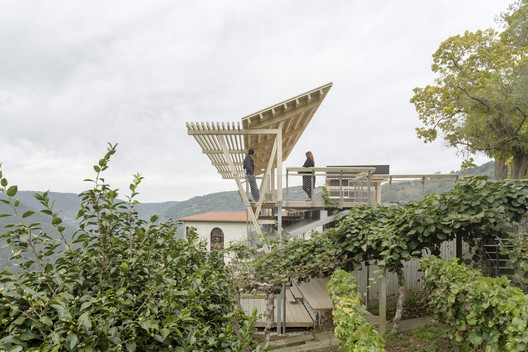