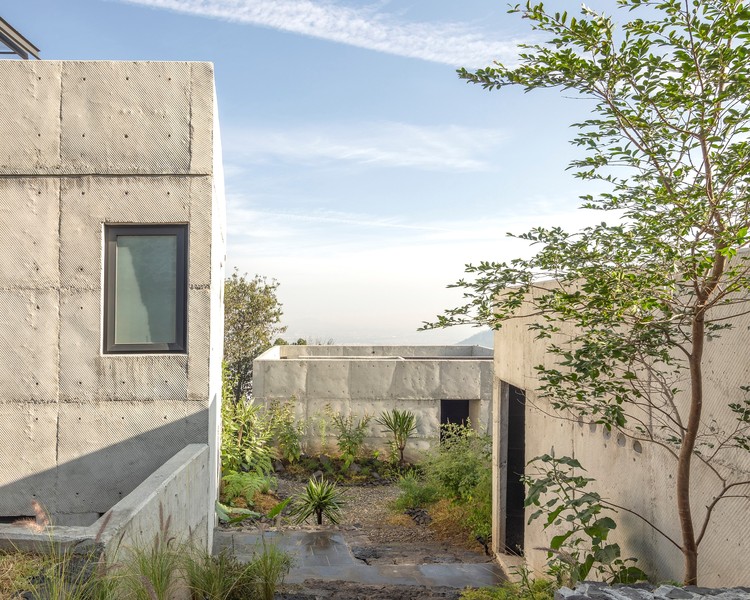 Text description provided by the architects. After six years from the development of the project until its final construction, Casa Colibrí stands on a lot with stunning views towards the south of the city. The topography of the lot accentuates the views and becomes the main condition for the location of each of the volumes that will make up the project.

Formally, Colibrí is composed of three boxes that are accentuated and connected to each other through a courtyard, which allows each volume to be independent while being complementary and where the brutality of the bare concrete is enhanced by the natural and wild landscape of the place.

This project is conceived from the beginning in phases, where each of the volumes that make up the whole can be built over the course of time adapting to the needs of the client during each stage. The first volume consists of the garage and the machine room. The second volume is the largest in size and houses the public spaces - the kitchen, the dining room, the living room - as well as a bedroom in the mezzanine. Finally, once the third volume is built, the bedroom of the second volume becomes a studio, while the new volume then houses the private space of the complex consisting of two bedrooms with views of the entire garden. 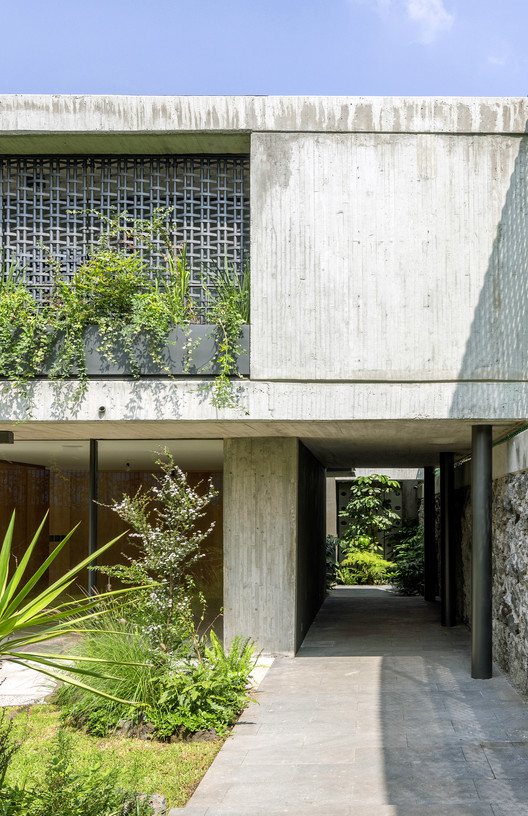