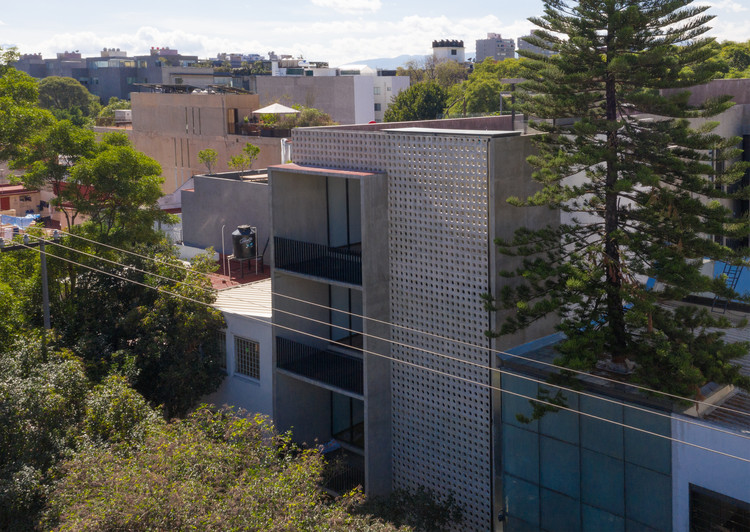 Text description provided by the architects. Concepción Beistegui 811 is located in Colonia del Valle, south of Mexico City, an area that has undergone multiple changes since its inception and which today stands out as one of the areas with greater development and infrastructure for communication, transportation and services of Mexico.

Neighborhood life in the area is very enriching, you can have access to markets, large shopping centers, parks, cycle paths and in general it is a wooded area as few in Mexico City.

There are two conditions that are changing the way of living in the city, one is mobility and another is the time that people spend in their homes, the building responds to these two premises. In this area the connectivity with the city, the way in which citizens move and where they move has been changing, that is why the use of bicycles has proliferated and is a subject that was taken seriously in this development. On the other hand, users have diversified, the functional design inside considers both a traditional family and single people and / or those who share housing, those who only sleep there even those who work from home.

Creating a city is something we are committed to, adapting to the context, being part of the skyline, permeating ourselves with the site, with the uses, with the materials, with the nature, enlarging ourselves and belonging to the area, contributing through the design of the facade our version of the house, responding to our moment in history.

The plants correspond to the use of orientation, create the optimal solution that facilitates habitability, that naturally ventilates and illuminates to use mostly natural resources, this is the way in which we believe and create our own sustainable consciousness, we integrate design of the facilities alternative and passive systems to generate the lowest possible expense.

The facade is based on a bipartite composition that responds to zoning and interior use, plays with textures, materials and colors that aesthetically capture the view of both the user and the passerby.

The great attraction of the façade is its concrete latticework with circular perforations, which creates a connection with the outside in a subtle, revealing and discreet way at times, it has the success of playing with the incidence of the sun, creating shadows inside throughout the day.

The building is designed on 4 levels, 1 department per level, where you have a clear reading of the zoning, one of its main qualities, having separate private and public spaces, giving each site the opportunity to be functional and in its social part is in turn flexible for the use of its inhabitants. In the center of the property there is a patio around which a clip has been created that contains the interior visuals. 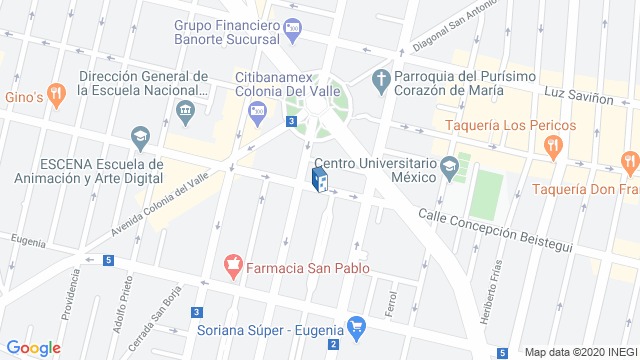 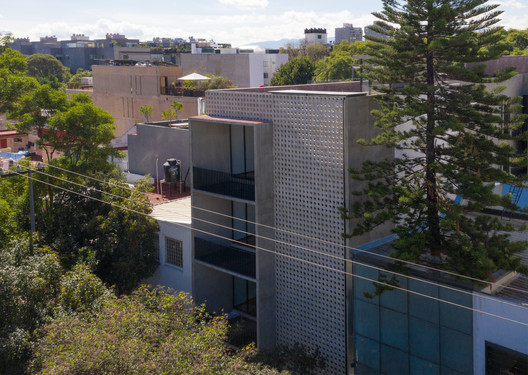