Text description provided by the architects. The project is located in a “Zayuan” of an old town in Beijing. “Zayuan” is evolved from a traditional Chinese architecture form called “Siheyuan”, with houses surrounding a central courtyard. The relationship between the central courtyard and the surrounding living spaces in “Siheyuan”, which is inherent in the country, has changed overtime due to repeated reconstructions and increasing living density and now functions only as a public passage connecting the closed dwellings.

The restroom, bathroom and storage was condensed into a box placed in the remaining part of the architecture. The space between the box and the pitched roof above it serves as the bedroom.

From a slit opening on one side of the bedroom one can see the “Zayuan” environment, creating an unexpected experience to “taste” the chaotic of the outside from a quite and private space. 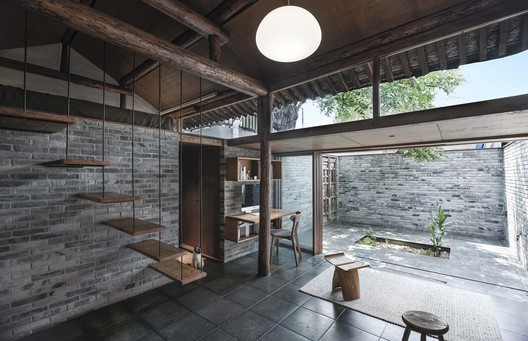 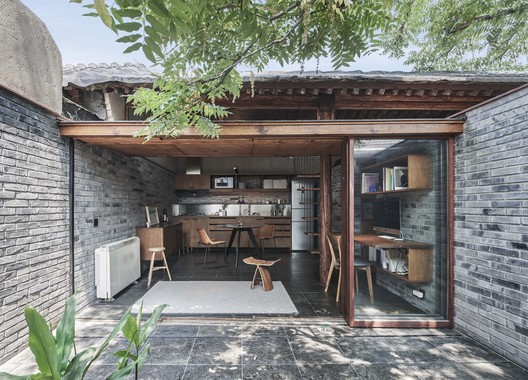