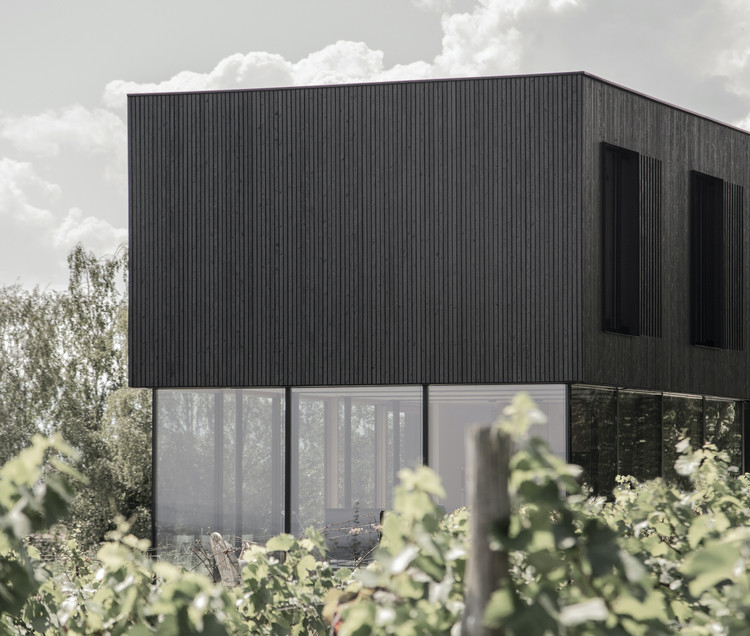 Text description provided by the architects. The single-family house AVOS, clad in charred larch, was built on the flat wine terraces on the southern edge of the Lower Austrian thermal spa region. „If the property of his first creation is a vineyard that has been family-owned for generations, if the building owners are his older brother and his wife, then the demand for a timeless building that is in harmony with nature was paramount from the very beginning.“ After the death of his grandfather, the owner took over the family vineyard and the winemaker‘s craft. In 2013 the first red wine called „AVOS“ - Latin for grandfather - was produced. In the following years, still during the architecture studies, the first concepts for the new family home followed and in 2018, it was finally completed.

Due to the special nature of the hillside property and the client‘s desire for an open spatial structure, a sequence was created, not separated by doors, but by split-level floors in lateral as well as longitudinal direction over five mezzanines on almost 150m². The wine cellar is thus located deep in the ground for optimum temperature control. The building is entered via a 17 cm high threshold and a 6 m high matt black steel portal. One arrives at a well-zoned 4.2 m high foyer. The heart of the building lies upon seven steps at the level of the original site - a three-sided glass-walled living area resting only on 4 pairs of steel supports. Through the coordination of the window division, the placement of the supports, and the alignment of the visible ceiling steel girders with the positioning of the vines, a space interspersed with the vineyard was created. In a mezzanine floor the play area of the owner‘s daughter can be found and through further shifting of the level a bathtub which can be used from the top level and is sunk into the ground with offers a framed view of the own vineyard.

In analogy to the biologically produced wine, the façade is clad with charred, vertical wooden slats, which rest like a black velvety veil over the reduced structure. Framed matt black portals further enhance the window openings as well as the entrance. In the interior, sandblasted concrete ceilings, black steel, visible screed and generous glass surfaces dominate in the lower levels. The private levels feature white Corian, naturally oiled oak and discreet light slits to the east. All built-in furniture was made of brushed wild oak - combined with individual pieces of Engelsberg marble from the nearby former quarry. Complemented by handcrafted lighting elements by „David Pompa“ and works of art by the client‘s grandfather „Anton Polster“. 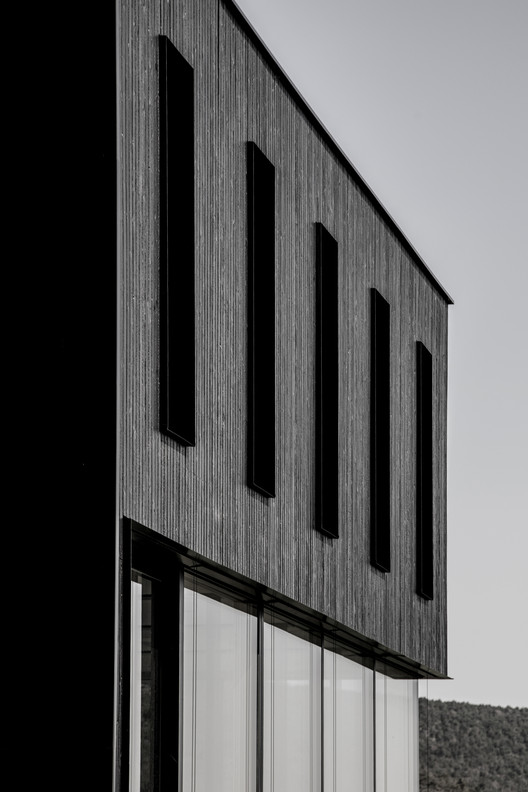 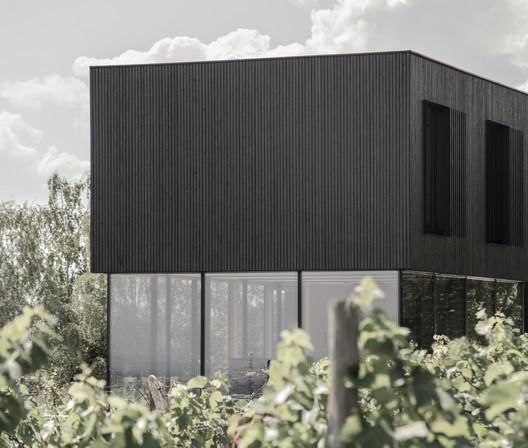