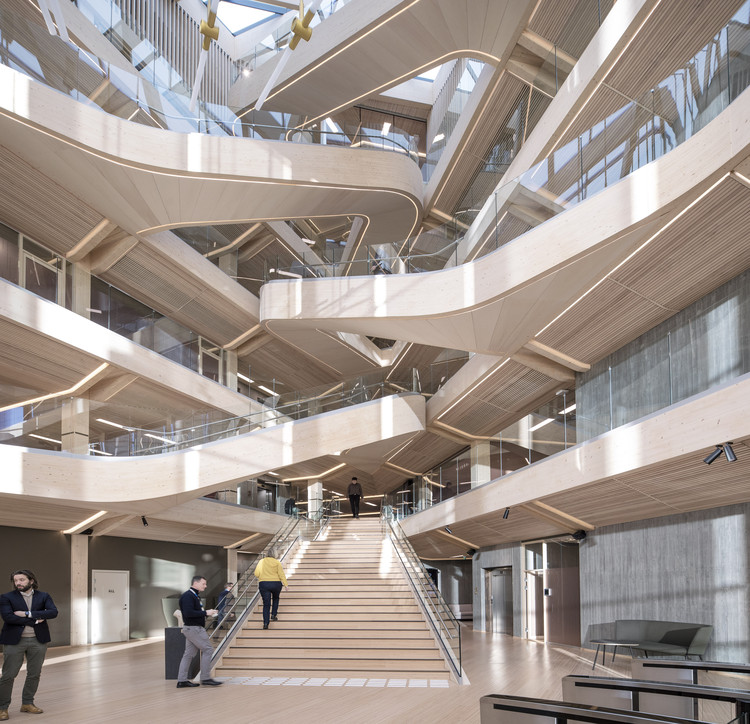 Text description provided by the architects. Bjergsted Financial Park is the new head office for SR-Bank in the centre of Stavanger. The bank’s unique position in the area will be strengthened through its new location in a central financial park and cultural arena. Here, the company can realize its visions of creating value in the local area and offer the best for the surroundings and the buildings’ users. This is an example of the future workplace and one of Europe’s largest office buildings in timber. To make a large-scale bank in timber challenges the notion of a strong, robust bank, while breaking ground for the use of structural timber. The main structure of the 13 200m2 over ground is made of timber up to seven floors. This rests on a 9000m2 underground structure.

Connecting with its surroundings. Bjergsted Financial Park opens up towards the town and creates a generous connection between the building and its surroundings. A small park is established in relation to the entrance, creating a transition to the traditional small-scale timber housing. Towards the east, the building expresses a more urban character; the elongated, calm facade gradually develops in height along the street. Here, the building creates a sheltered walkway along the street, which also houses a bus stop. The point where it reaches 7 floors, the building creates a monumentality and an axis to the old concert hall in Bjergsted park. Design concept. The plan layout of the building is organized around an atrium which brings light, air and green qualities into the building. Various and informal meeting places are oriented towards the atrium. These act as a buffer towards the quiet workplaces arranged along the exterior façade of the building. The buildings volume has a sharp triangular shape to the exterior. This sharpness is also articulated through vertical glass fins for solar shading. In contrast the atrium has organically shaped galleries of timber forming a spectacular open stair where they come together.

Timber and sustainability. From an early stage the intention was to use timber for the main structure, mostly due to its positive effects on the users; the experiential and health-bringing qualities of the future workspaces. This was further backed by timber’s innate sustainable aspects providing ground for a BREEAM-NOR outstanding certification. The building’s lifecycle is prolonged by its ability to house flexible spaces made by multiplying and subdividing the 5,4m structural grid. A main intention of the project was that the timber structure creates an authentic and unique spatial, tectonic and aesthetic experience. This was developed alongside the Swiss engineering office “Creation Holz” led by the engineer Hermann Blümer, who collaborated with the Norwegian engineering team “Degree of freedom”. A special architectonic characteristic is the visible timber joints with beech dowels and the organically shaped timber beams. The timber structure is stiffened by the four stair-shafts, a continuous edge beam in laminated beech veneer along the façade on each floor and the CLT floor slabs. The ground floor columns and beams are made in laminated beech due to the cantilever over the pavement. The rest of the structure is made of glue-laminated and cross-laminated timber in spruce. Curved in two directions the load bearing stair stringers are making the support for an open spectacular stair cantilevering five meters into the atrium. The large variety of timbers used in the structural elements all has a similar aesthetic that is woven together to a holistic organic experience of timber. 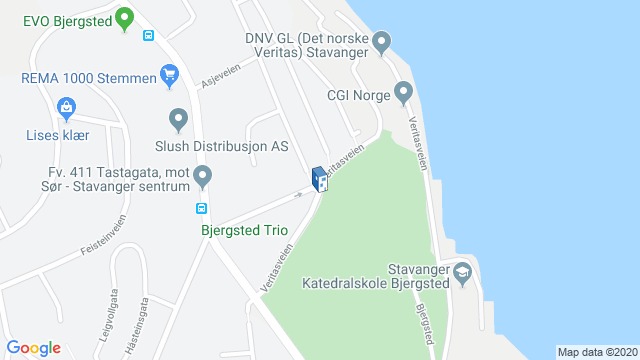 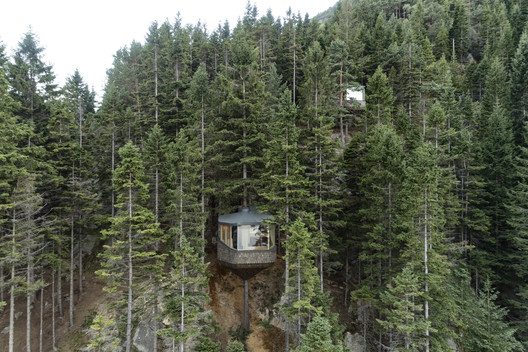 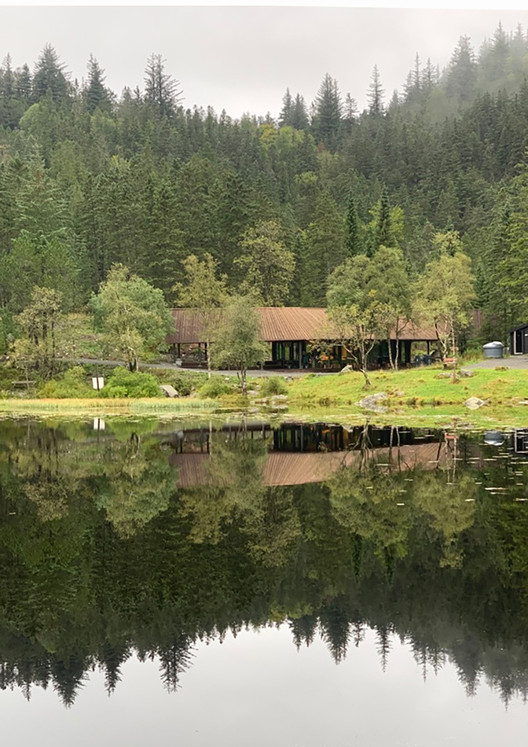 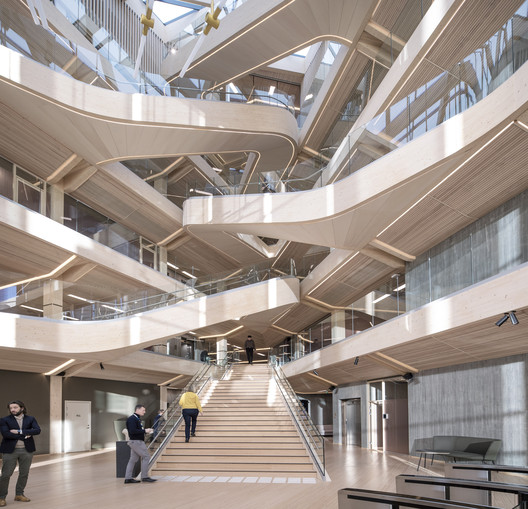