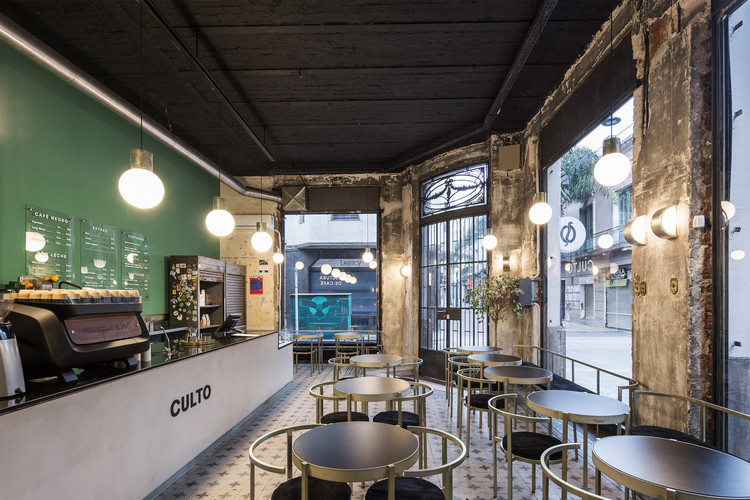 Text description provided by the architects. Culto is a coffee shop located in the Old City, on the Sarandí pedestrian street, emblematic street of the historic center of the city of Montevideo. The place where it is located dates from the beginning of the 20th century, a historical moment of apogee and abundance in the “Switzerland of America”.

At the time of starting the work the premises were in a ruinous state, the primary premise was to give that forgotten corner its former brightness. Two concepts, “elegant ruins” and the crypt, were raised as the axes of the project, the latter as a symbolic element of the coffee cult. Around these two conceptual lines the project was organized: conserve the ruinous walls with their marks of the passage of time, as well as the period mosaic floor, and the recovery of the original openings. In contrast to these elements, the new was added: the use of green color and the yellow zinc bath, the latter emulating in a contemporary way the ancient bronzes characteristic of the time. It was sought to generate a contrast, between what was left, the ruins, and what was imposed, the crypt and the zinc.

Culto comes among other connotations to the "cult of coffee" to strengthen this idea the reference was the Crypt of the Lord of Patience, located a few blocks within the historic center, it highlights the arches, the offerings with candles and the striped walls with the supplications of the faithful. The crypt ex officio access to the toilets, being a lit candle being its bottom the wall in ruins. The furniture was designed specifically for this project, entirely with yellow zinc finish, upholstered in black chenille, the function attributed to it is to condense the ideas that the commercial premises wants to convey, where the client interacts with the context being a participant of the experience sought. 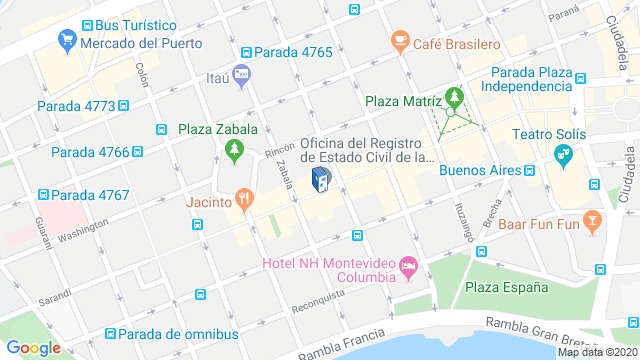