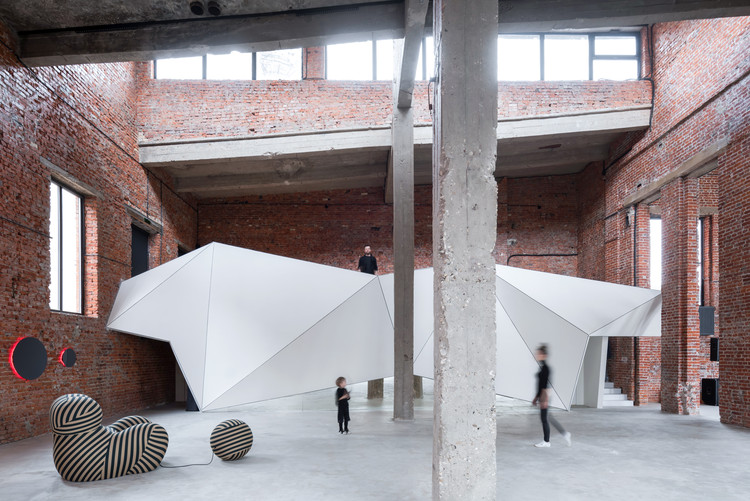 Text description provided by the architects. Archiloft project (450 sq.m.) - new public and event space in Moscow, Russia - is the result of renovation of an energetic station of the first half of 20th century. The architecture replies on the concept of highlighting the historic brick shell while providing a contemporary interior space for public and commercial events.

Project activities lasted about 10 months from which the longest and most complicated step was cleaning up the space from historical garbage. It was found out that the whole building was formed actually from two separate buildings, the facade wall of one had become the interior wall dividing the space into two principal zones: Steel and Acryl.

Brick walls, high ceiling and windows (10 m.), two support beams forming huge cross refer to a medieval church that offers futuristic innovating content. Open terrace (80 sq.m.) allows to enjoy Archiloft from outside. White polygonal wall draws a unique geometry of the space and can be used as base for 3D-mapping projection.

Four black screen circles referring to Parade of planets placed on one of the walls contrast with red bricks especially with smooth LED-illumination hidden behind them. The biggest circle is the screen of design TV that also can be used as necessary.

Fence as a work of art: There is a fence around the loft Rectangular fiber cement slabs were taken as the material.We thought out a non-waste composition: each panel was cut according to its template in a curve, one part of the panel satal convex part of the fence, the second part became mirror-concave 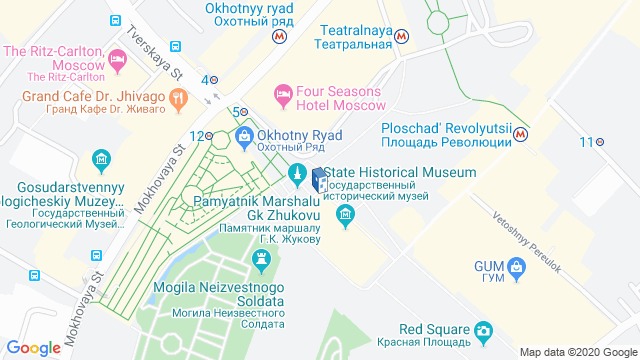 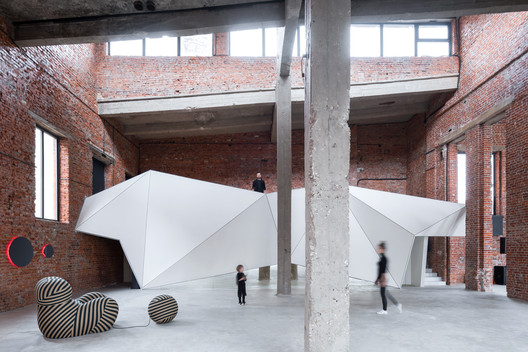