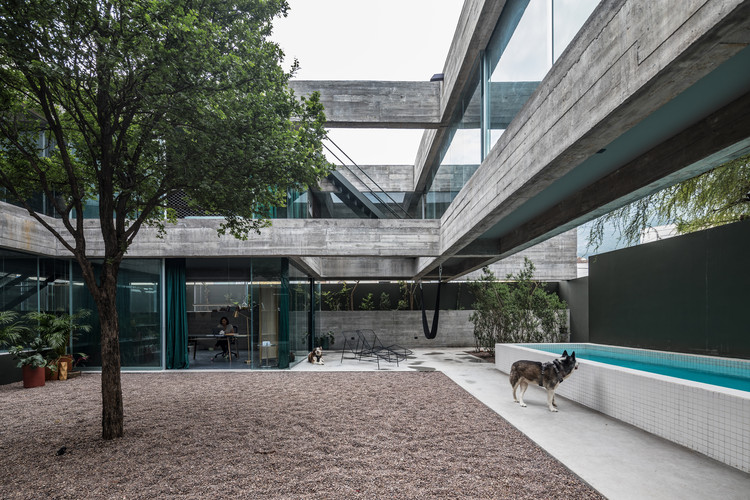 Text description provided by the architects. Practicality, austerity, and flexibility are the core components of a house in Northern Mexico whose architectural strategy responds to the industrial and frugal character of the city of Monterrey.

All spatial requirements are determined by the structure itself, a concrete skeleton of beams that vivisect the land in the shape of a grid, tracing each line of the architectural plan and resting on the edge of the site. Concrete was used to establish a temporary identity for the house; meant to give the impression of being unfinished and allow different paths for its evolution.

The roughness and perceived heaviness of concrete at its most primitive state creates the illusion of the house being permanently under construction while at the same time preparing itself to become stone again.

This anticipated condition of the house as a ruin before it inevitably becomes one provides it with an experimental quality, one that from the start considers it in a state of permanent reinterpretation and reconfiguration, thus giving the architect the possibility of an endless return to origins. 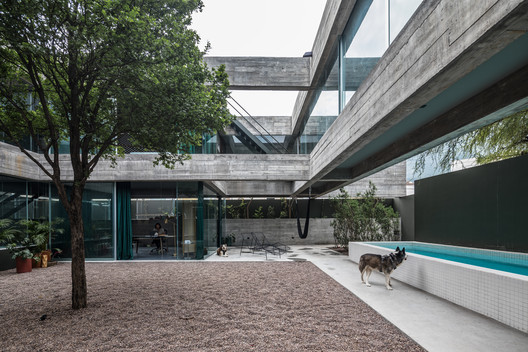