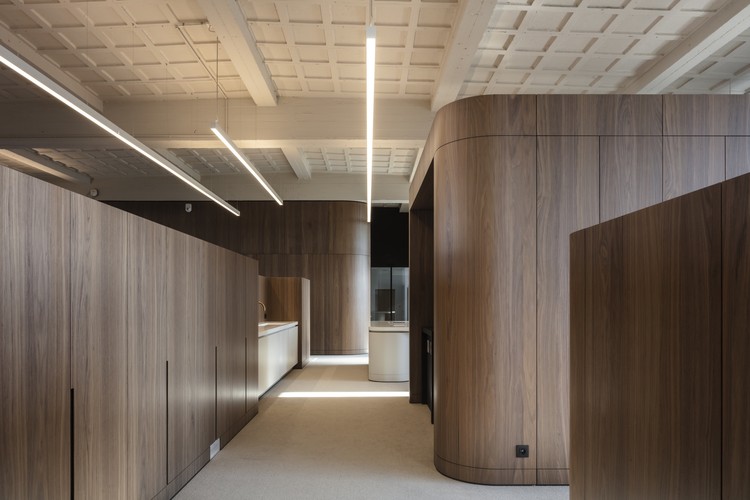 Text description provided by the architects. Vandewiele is a large company near Kortrijk that exists over more than 100 years. The factory is worldwide known for its high standard looms. We were contacted for an interior proposal for the accounting department. A large space where machines were made in the 40s was during the 90s transformed into a boring, closed office place.

The beautiful high concrete structure of the building  was covered with floating ceilings  and the small claustrophobic office rooms were divided with walls without character. Large windows were closed in that way natural light could not enter the interior

Our contest proposal was to open again the original form of the factory hall, to purge the typical character of the industrial history  and to bring a new landscape in the open space. Our winning proposal  was based on the landscape of a city with streets, open and closed spaces, squares where people can meet and have a small talk, drink a coffee, discuss,….

To make the interaction between  the different functions spontaneous we curved the corners of all the elegant volumes.  By using  one material (smoked walnut) the overall feeling is very soft and harmonious.  Details are made in other materials like : felt, bronze, corian.  The people work on parallel positioned desks. Acoustic interventions between the desks and floating fields are needed to create a warm and calm sphere.

The large windows brings the trees from the inner garden inside the offices. It feels like working in a large luxurious loft. The long lights lines are composed like a hyperspace light structure and emphasizes the length of the industrial building. The accountants love working in this setting that could be also there home. 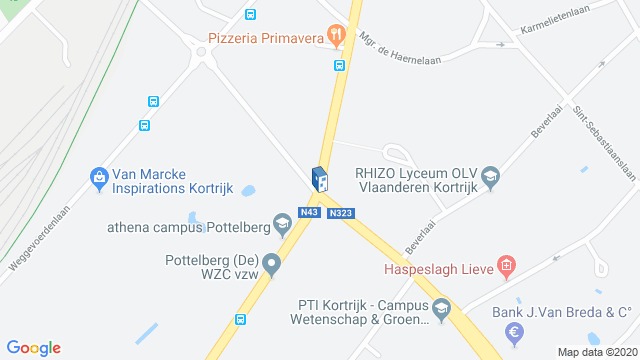 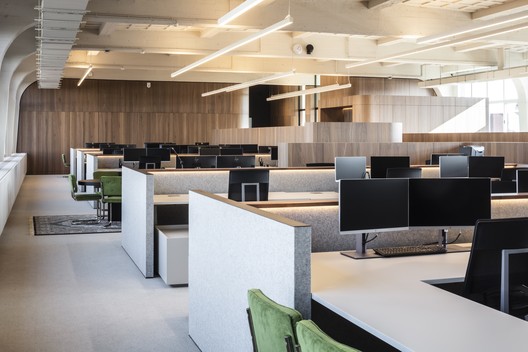