Save
The KAISA WEWA Space / GPT+DESIGN 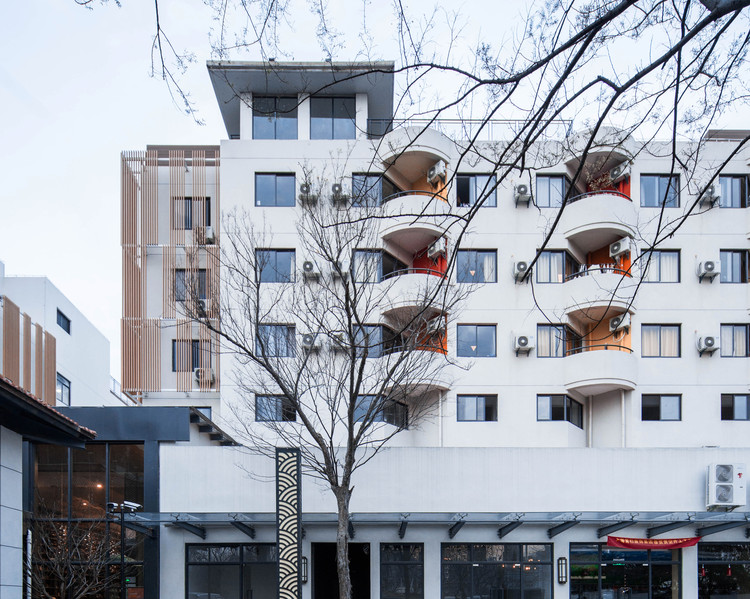 PROJECT STATEMENT
The KAISA WEWA SPACE Shanghai Jiaotong Road Project was originally a large abandoned hotel. Dilapidated for years, the hotel still has distinct characters for its naturally-lighting atrium indoors and extensive greening outdoors. In the design process, we come up with the concept of “Urban Renewal Complex” based on the multidisciplinary research and consideration of young people’s cultural taste and lifestyle at the internet era. Similar to mixed use project, the “Urban Renewal Complex” not only integrates the interior and exterior, but also creates interaction between rental apartment, co-working space and community retail, therefore stresses on overall experience, funky activities and sense of community.

THEME
We are inspired by the cartoon movie “Zootopia” and come up with the theme of “Urban Utopia”, which is to create a real version of “Zootopia” that is a complex of apartment , office, retail, and social space for young people from various background. Specifically, the office on the first floor and rental apartment on upper floors are space for live and work, and public space (Lighting Atrium, Runway Entrance, Central Park, Sunken theater) are also designed for residents to have fun and make friends in daily life.

FACADE
The facade was renovated in a “cost-effective” way: we choose a stone-like paint which can be brushed directly on the old facade tiles. In the end, the entire building has a new white look which forms a sharp contrast to colorful balcony. In addition, most air-conditioners and clothes-drying area are set up within the balcony to keep the facade clean.

PUBLIC SPACE
By thorough thinking about the features of existing condition, we aim to create a series of inter-connected public spaces which are both aesthetically attractive and functionally performative.

“Runway Entrance”
The lighting pool above ground is preserved and paved with grey tiles and ground lights to create a new feature: Runway Entrance. In the morning, young residents will go to work by stepping on the runway, and in the evening they will have a sense of ritual by coming home on the lighting T stage. During the weekend and holiday, the runway could also be places of fashion shows and outdoor lectures.

“Central Park”
Next to the “Runway Entrance is the “Central Park” surrounded by trees. We redefine the whole space with functions, for example, transforming the existing classical pavilion into a modern BBQ bar; replanting the trees to reveal the natural slope; build a new running track for young residents, etc.

“Sunken Theater”
There was an abandoned swimming pool on the north of the “Central Park”. Given the cost of re-opening a pool or filling it up is high, we decided to transform it into a sunken theater by painting a new look. This will be an outdoor funky place for small concert and live music.

“Sunshine Bookshop”
The public space indoors consists of four lighting atriums which are transformed into distinctive sharing space. The first one on the sequence following the “Runway Entrance” is the core functional atrium: “Sunshine Bookshop”.

The previous hotel lobby is converted into eight meters bookshelves all over the atrium. Together with the wooden benches and plantings, designer creates a multi-functional space for reading, relaxing and socializing. The symmetric layout, exquisite golden frames, and dazzling lighting effect produce a sense of intellectuality similar to fancy bookstore, thus the space gives residents a sense of ritual on their way of going to work and coming back home. In addition, the cafe bar near the entrance is long enough to accommodate fair amount of people which is beneficial for introducing professional agent to increase the rent.

“Pyramid Hall”
Besides the “Sunshine Bookshop” there is co-working space. The atrium is to provide leisure and lecture space for working groups thus the “Pyramid Hall” is located here. The “Pyramid Hall” consists of modular furniture that can reassemble into various shape, it will not only play the role of social center but also provide place for major events such as road shows, lectures, and live performances. Compared to other lecture halls, the most distinctive feature within the space is that all the activities will happen under natural light.

LIVING | Chose as your wishes
From second to fifth floor there are rental apartments with various styles. The designer also make full use of existing rooftop to create private balcony, public terrace, and sky garden, which has added special character and interesting experience to the project.

MULTIPLE STYLES
Bauhaus Style
The Bauhaus Style is characterized by black/white color and sharp contrast in small parts. The abstract geometry highlights the character of material and structure; also the black metal frame and contrast between wood and feather increase the spatial quality.

MUJI Style
The MUJI style is the modern version of traditional oriental aesthetics. With wooden material and fresh white/wood color, it create a sense of intellectuality and elegance.

Unit Feature
The rooftop from second to fifth floor was fully utilized to create various terraces and balconies. They serve as private outdoor space and also party area for friends during weekend.

Conclusion
In recent years the rental apartment development has grown rapidly in first-tier cities in China, however most are small scale renovation project which are “tiny and pretty”. As more rental apartments are being built and higher quality rental space is needed in the city, new prototypes will emerge inevitably. The KAISA WEWA SPACE Shanghai Jiaotong Road Project is a good example that integrates multiple disciplines and scales to build a green livable community in the city; also it interacts with office and retail space to create a diversified “Urban Renewal Complex”. 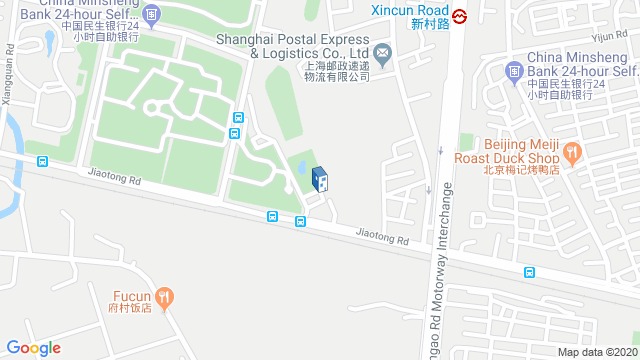 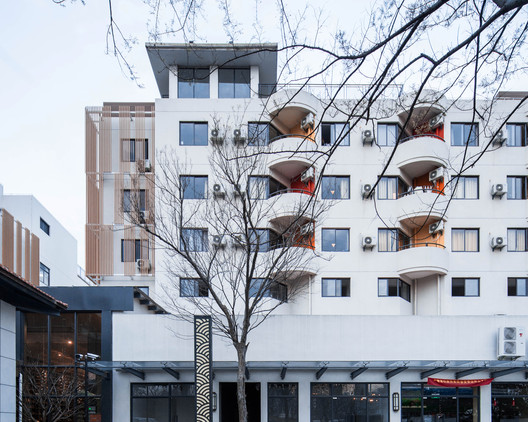