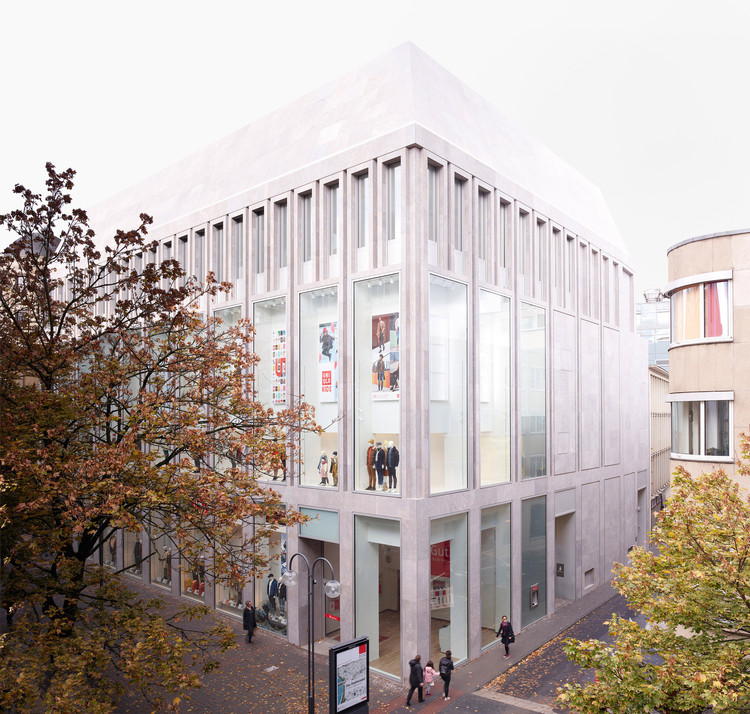 Text description provided by the architects. In the heart of the historic center of Cologne, the construction of a new commercial building has been completed. The building references an existing department store typology present in the city center.

Its structured shell-limestone facade shows the pedestal as the tectonic base of the building, followed by a central part reaching over two floors, and an attic band that repeats the frame of the floors below in a halved rhythm. This vertical order plays a significant role in how the building relates to its historical and urban context.

Within the narrow streets of the city center, the ordered framework of the facade opens up a third dimension towards the street, expanding the public space and developing a dialogue between the building and the city. 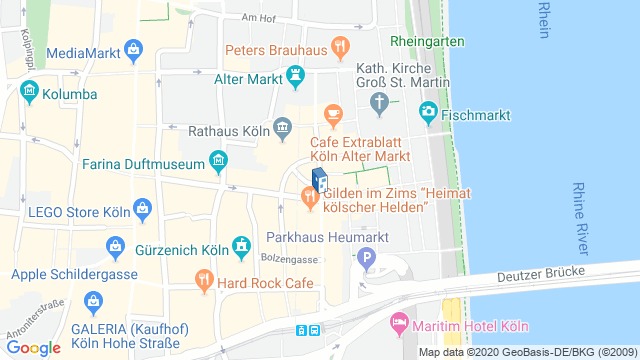