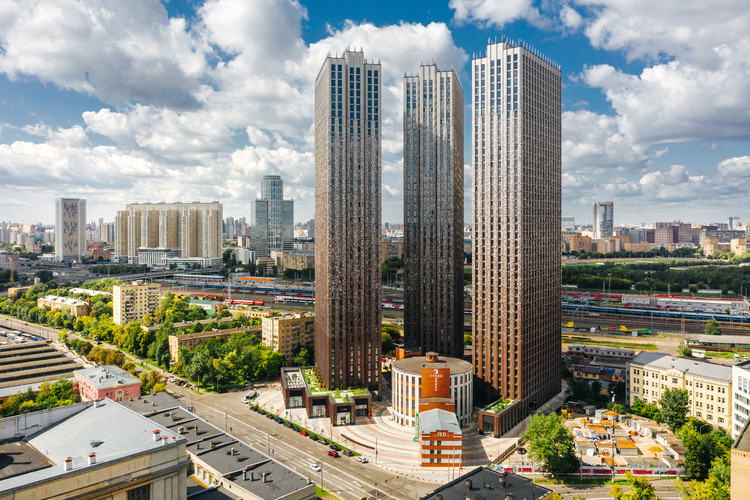 Text description provided by the architects. This development site has standing on it the V.P. Zotov Bread Factory, a Constructivist listed building which is subject to a preservation order. The close vicinity of this Avant-garde structure largely predetermined the design of the Presnya City residential complex with its layout based on the principle of axial composition.

The well-developed plinth is to be used to accommodate social and retail functions; floors 2-44 of the complex will have apartments. Each tower has a single entrance, but two blocks of staircases and lifts; this will make it possible to visually divide each storey into two mutually dependent parts and thus obviate the need for excessively long corridors.

The towers’ architectural image is determined by the columns, which are relatively massive at the buildings’ bases and gradually narrow towards their tops. The color of the cladding of the façades likewise changes gradually – from dark terracotta at the base to a light coffee color on the upper floors. Each column is crowned by an elegant spire, giving the towers a visual lightness while at the same time emphasizing their elegant outline, which plays a prominent role in the panoramic view of this district.

This project involves turning what used to be the main block of a bread factory into a museum of contemporary art and cultural and educational center. 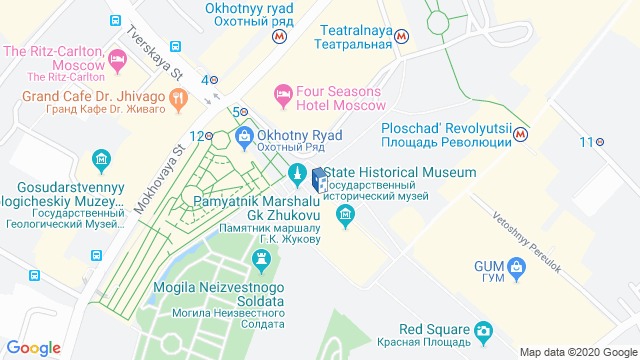