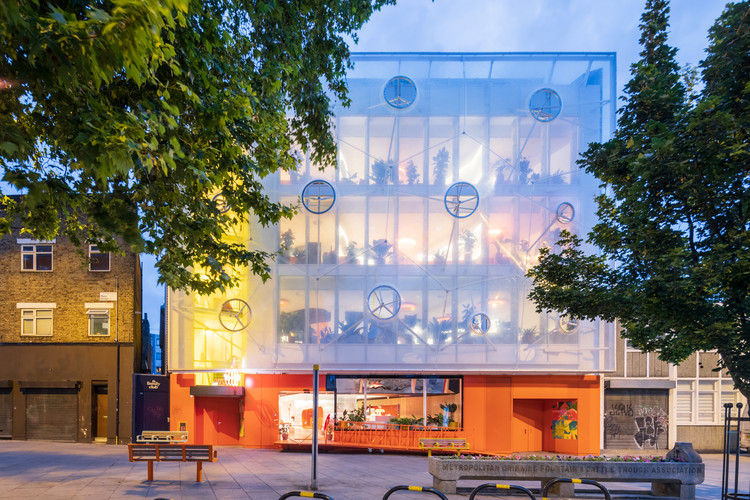 Text description provided by the architects. Second Home London Fields is located in East London, on Hackney’s neighborhood, nowadays, one of the most popular ones of the city. The old working-class neighborhood of East End, grey and marginal, has transformed its image, becoming an alternative point for multiple trends, thanks to the hosting of young middle-class designers and artists who couldn’t afford the extremely expensive rentals of the city center. Second Home’s arrival to Hackney with its diversified co-working program, its free provision of event spaces, the cafe, nursery, etc., meant a new opportunity for the emerging activities of the Local Community.

It was one of the project’s goal, in addition to Hackney’s conversion, the adequate adjustment to SECOND HOME’s program of a building, well located, in Westgate Triangle in front of Broadway Market, which had a noticeable heterogeneous nature, caused by the deep transformation of the original building. The old Morly House theatre, built-in 1800 during the revival’s period, lost its frontage and therefore its historicist façade during the WWII bombing. In the ’60s, a four levels volume was built on the remains of the old theatre, generating a new façade with the contemporary style of those days.

This whole strategy was focused on two basic interventions: First, the façade, which had to mean and represent a new reference point, a change of image from the tradition to the trend; And Second, a different interior, applying the “illusion’s theory”, which allows us to escape from the common boredom. SECOND HOME’s diversified program and innovative spirit allow for numerous possibilities, combined with the enhancement of the limited original elements of the old theatre. The façade went through a long process. At first, there were developed a couple of proposals quite utopian, but the idea to create a veiled façade existed from the beginning. The veil brings us to multiple interpretations. The act of gazing can’t be completed in a moment, nor limited by the mere confirmation of the appearances.

The veiling went through a process of different materialities. The ETFE membrane was the final decision. The membrane as a surface, a texture, and a shape. It always maintained the dimensional relationship between the force applied, the gravity’s reaction and the curvature’s deformation. In the internal intervention, we managed with special care the relation between the space and the atmosphere’s quality of use, and how it affects its way of living it. To go further beyond the superficial and common coding that the functionalism has given to the conventional space.

It is also a constant on SECOND HOME’s spirit everything that has to do with fantasy, invention and manufacture; lightness and fragility, transparency, light and color, and the reference to nature. To work with natural tectonics allows us to approach the understanding of the logic between nature’s shape and the synthetic logic of geometry. We are interested on nature’s tectonics facing inertia, gravity, and rigid spaces; architecture as a way to look or as the essence of the perception. 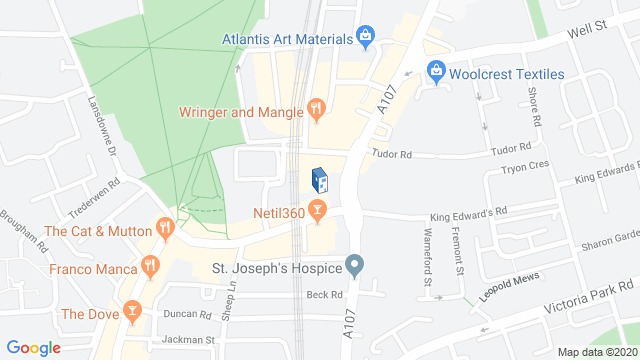 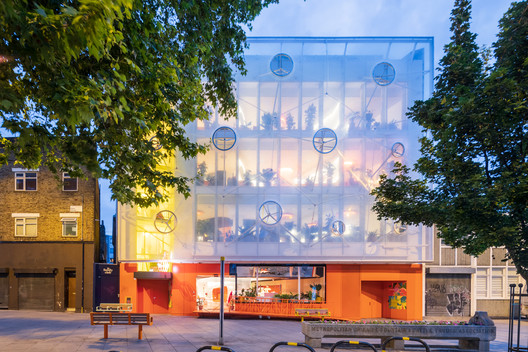