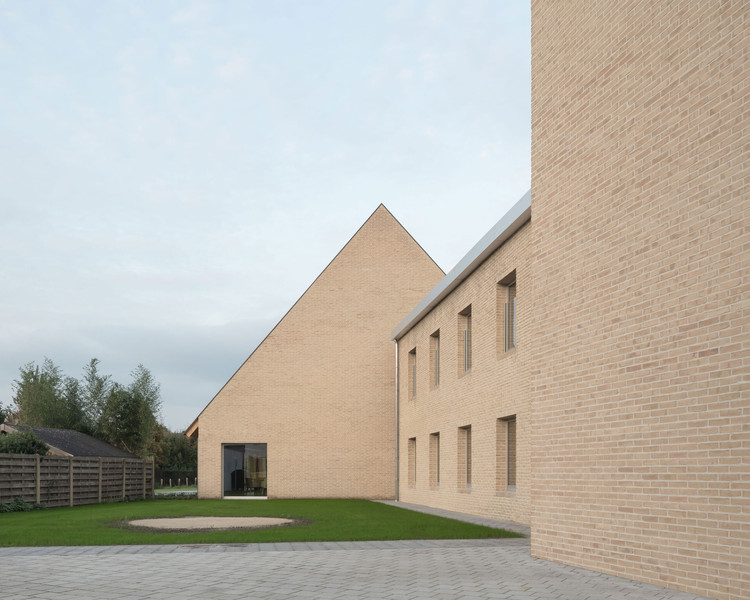 ‘De Schoor’ is a place where people can meet each other, where information about the care offered is provided and where training courses are organized. Together with the adjacent group practice, it is a first step towards the transformation of a mono-functional district into a more urban living environment.

The building adapts itself to the capricious boundary of the plot and positions itself along a street laid out at right angles to the existing road, a precursor to the new infrastructure of the pilot project ”Schorvoort’ that is being planned in the neighbourhood. Giving the first volume a front compensates the somewhat backward position of the building. This somewhat solemn gesture is immediately mitigated by the limited depth of this volume, which only contains the entrance and the vertical circulation. A second, somewhat lower volume houses meeting rooms and a training room.

The high side flank ensures discretion in relation to the new street. The oversized window displays the collective space on the first floor. The volume in the back, with its steeply sloping roof, is visible from the road due to its size. This polyvalent space takes up familiar domestical elements but places them in a new relationship to each other: skylights light up a double-height space, a large sash window on the terrace glides completely past the rear facade, the stove stands in front of a window that will soon open onto the new public space in the heart of the pilot project.

The design uses familiar figures from the suburban environment, but adjusts them, scales them up and transforms them into a new composition. In this way it establishes itself as a recognizable figure in the village environment, but at the same time introduces a complex character that questions the environment and announces the need to deal with contradictions that are present in a city. 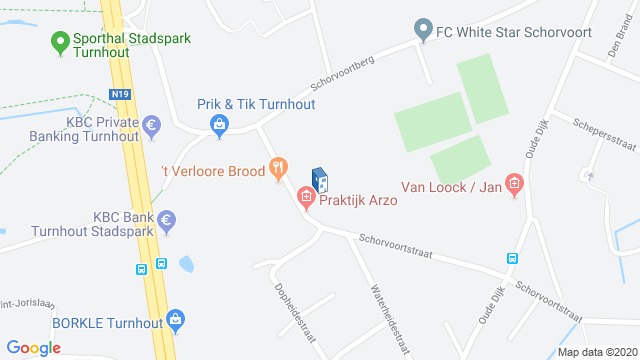 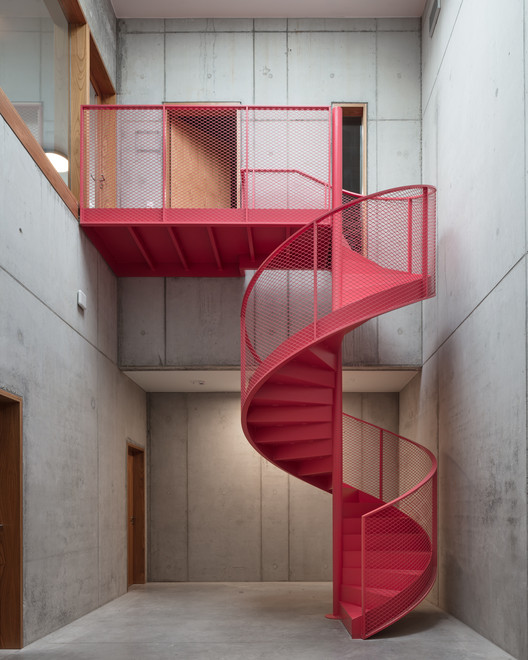 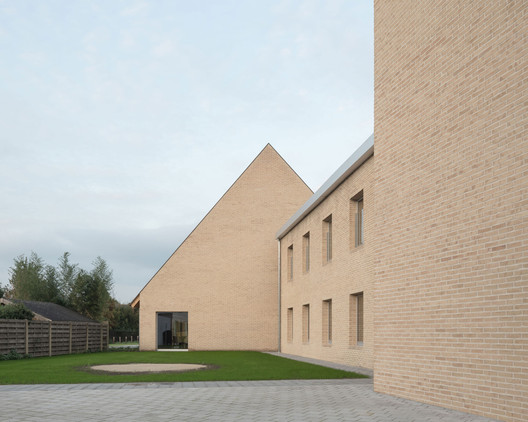