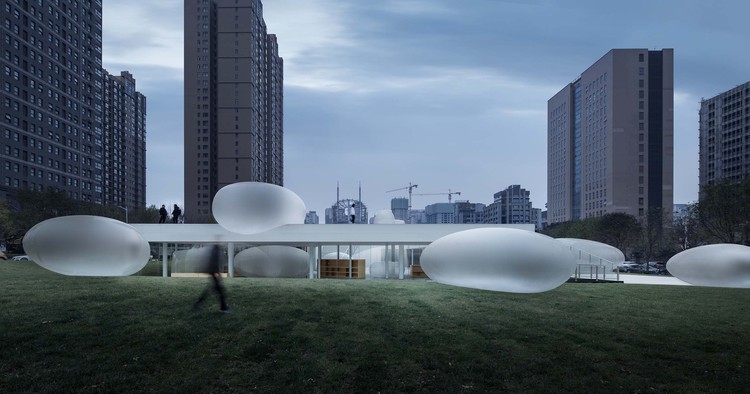 Text description provided by the architects. There are three transformative ways for a city update: comprehensive renovation, functional change, and demolition and reconstruction. The project will make a creative functional building that can renew the regionality of a city. I just use the simplest way to build it for improving the experience of the urban public space and letting people feel relaxed and at ease in their urban life and not sorry for not pursuing the extreme aesthetics, which, as it turns out to be a heavy test of capital and time. Incorporating artistic furnishings into the project and observing the expressions of people and the city is a process, which itself is an experiment. It took me 40 days to record people’s perceptions and responses to the city, architecture, and art. I was very concerned about the responses of the elderly and children. And the result shows that it is necessary to find a project that can make people smile when they contact each other. Urban update is just a way but not a goal, neither the same as cultural creation. More importantly, it can create new industries. It could be on a wrong way if update cannot boost economic growth.

Set in Qujiang New District, Xi'an, China, the project site was originally for a square and urban landscaping. Its interior was a two-story parking lot. Surrounded by urban roads, the square was covered with soil in the later period, and the surrounding area was mainly office buildings and residential communities. The Image of the City by Kevin Lynch proposed that residents who live in the same city could have a convergence of their perceptions of the city. Roads, borders, regions, nodes, and landmarks in a city can constitute the key elements that determine the “the image of the city” in their minds. In Xi'an, the project “Cheng Dong” which went viral one year ago combined the public space and artistic architecture. It has not only become a witness to the flow of the community, but also an image of the city shared by nearby residents. A totally humanized public space can prevent human heartbreak. This is the purpose of GU Teng when he designed the project Cheng Dong. However, it is just too one-sided to express its humanized part, and the designer's thinking about urban architecture and social space is usually behind the building.

After 60 years of development in public place, designers need a higher perspective on the urban pattern to explore the environment, so shared space can be transferred to the budding of public space. Buildings actually could help make up for important social deficiencies when they take social conditions into consideration. The real public space does not lie in its size, but in whether it can understand the concept of “people”. Only under such a premise is the design direction not to be hustle and bustle, but to express reasonable care, so the deep perception of life and patient observation can be appreciated in the details. Most public spaces in the ancient city, however, have always been of political correctness. There are many ancient buildings presenting historical culture, but the practical, personalized and thought-provoking buildings are something of a rarity. A meaningful public space needs to be placed in a larger social context for discussion and to withstand the long-term test of capital and time, and its basis is still “people”. In terms of spatial expression, people-oriented is not to put the pursuit of ultimate aesthetics as the top priority and not regret the drop of ultimate aesthetics as well; in terms of construction technology, it will not abandon the design concept in order to achieve high-level technological requirements. The design concept should be transferred in accordance with the industrialization of realistic construction of structure and material when conflict is aroused.

No. 12 public building is a public renovation project commissioned by designer GU Teng. In the low temperature of winter, the south area of the Third Ring Road is not busy. Surrounded by towering office buildings and residences, the project expresses a distinctive style of modern design. It might accept a mission to awaken its heavy, converging surroundings, and it is quietly growing in a free atmosphere where nature and the space blend with each other. Compared to common buildings, No. 12 public building is like a seesaw. Its lower part is transparent on all sides, the roof is half open, and its upper part of the building floats in the air, so it gives people a feeling of falling. When people enter the space, people might be in a wrapped air field because of the blurred relationship between inside and outside spaces

Bypassing the front interior space, there is a stepped platform extending from the ground floor to the top floor. An open-air platform is on the top of the stepped platform. It could be a leisure place or a viewing deck. What's more interesting is that the intersection with wider dimensions and more latitudes can be occurred here. The platform rationally connects all the broken surrounding spaces before the renovation. From the streets to center park on the west side, and to the underground parking lot, it eliminates its own sense of architecture and boundary. No matter people enter which field, they can enter unconsciously and leave without any boundaries, thus it can radiate to the farther space of the city.

Due to the abiding philosophy of the designer, the more simple and clean is the building, the more can it reflect in its appearance, shape, material and its symbiotic relationship with the surrounding environment. Unlike the eye-catching architectural style, GU Teng makes another extreme. The risk and visual durability cannot be fully guaranteed, so the strange expression should not be excessively pursued. A more concise expression should be emphasized, that is, people need to know how to do subtraction.

Passing through several similar houses with similar colors, people suddenly enter this space from a lawn and at that moment people seem to travel to another different space. It is comfortable and natural but differentiated, so it can inspire infinite imagination and fun. The Human Condition by Hannah Arendt says that world is like a table that brings people together and separates people from each other. People yearn to see each other in the city; they call for a new connection which is beyond age, experience, boundaries, it also can transcend personal loneliness and urban barriers. When the architect design and construct from the perspective of the user, they therefore are willing to respect the vitality of the building and rationally make use of the existing rules and conditions to practice the possibility of the local urban lifestyle. Actually, the vitality of the building needs people to activate it. People come here to relax and enjoy peace and quiet. When people sit by the window, walk on the roof, pass by in a hurry, they how to feel the light of the building, how to feel its temperature, its texture, etc. However, its function is the most vital part. And the building is not a single existence but is a vertical city that integrates different functions of urban life. People live together without disturbing each other. These most everyday pictures are harmoniously presented by a building, and No. 12 public building is the meaning of existence of the community.

Whether it is Cheng Dong or is No. 12 public building, GU Teng tries boldly to update the city in the new historical environment. Through thinking about the shape of the ground and the environmental space and the architectural design, opportunity and possibility of making up for superimposed functions are emerged. Thus the space can have multi-layer interaction, human-to-human interaction, and human-to-nature and society interaction. Natural flow and flux in this region can be stimulated only when the possibility of interaction is increased. The rational use of existing rules and conditions to practice the possibility of liquidity in urban life means that more space will be designed and developed and more design concepts will be emerged. The realm of design will be shuffled to sift truth from the false. And to some extent, the architectural art can reach its original position in a more easy and simple way. If the city is the sea, the beloved neighborhood is a small island that accommodates us. When the afterglow of the sunset is shining on it, people naturally move to the direction guided by light, so the story happens, so the life flows. Such a cute existence is also a moving experience when the temperature is gradually getting cold in this winter. 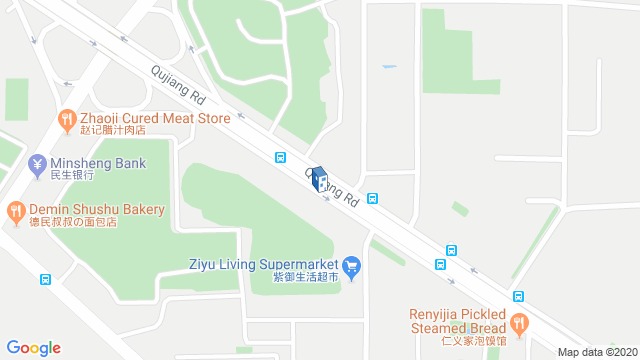 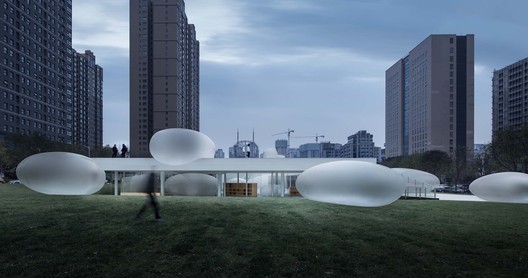