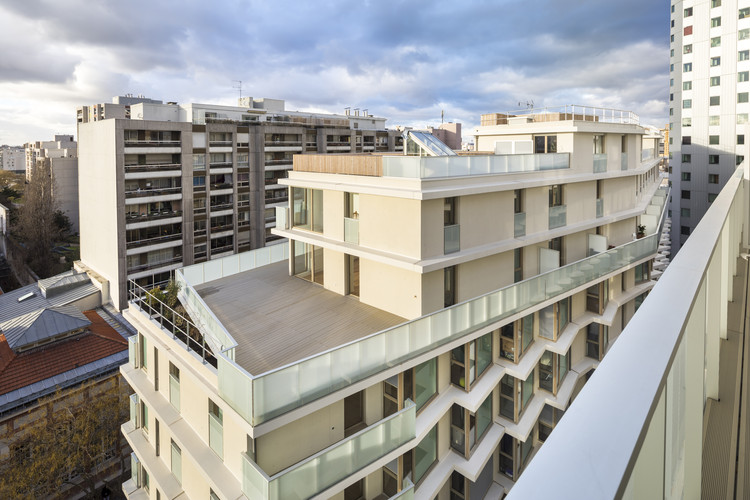 “Making the neighborhood desirable again” was the challenge the developer Nexity and the city of Paris posed to the architects for the consultation launched in January 2014. The housing built on this lot, which was formerly occupied by an office building, is comprised of three types of housing (student, investor apartments, and first-time buyers). This project, consisting of two long and thin strips extending along the Rue Archereau and the Rue Curial respectively and open toward the 104 and the housing complex Les Orgues de Flandre, helps to restore calm and brings structure to the neighborhood.

With its 300 apartments, this development project is one of the most important housing developments outside of a ZAC (Joint Development Zone) inside Paris proper. It has provided the opportunity to deal pragmatically with the issue of density with the aim of preserving everyone’s comfort.

The project’s superstructure is superimposed atop the parking garage. Its two parts are placed in such a way as to create a void in the axis of the neighboring tower. The primary purpose of this superstructure is to create a genuine urban continuity, an alignment with the street, which has made it possible to open up the heart of the city block and to lay out a central garden there.  The creation of a garden in the heart of the block preserves an opening in the axis of the neighboring tower by optimizing the openings to the south, thus views from the tower are unobstructed. Sunshine floods into this core area and all the apartments. The garden, narrowing at its center and shaped like a “butterfly” opens a scalloped volume shaped like a prow: on the south side, a more private area with private gardens and terraces, on the north side, a large green space.

A pedestrian pathway has been carved out, running from east to west, perpendicular to the central garden. Like a porch, it marks the entrances to the first-time buyer apartments, offering a glimpse of the heart of the lot and providing a genuine visual and pedestrian connection between the two streets. The project is located at the heart of the Flandre neighbor- hood, in the 19th arrondissement of Paris, which is easily identified owing to its architecture dating from the ‘60s and ‘70s (Martin Schulz Van Treeck Architect), and the juxtaposition of heterogeneous objects such as the 104 and various contemporary interventions. The boundaries of “public-private” remain relatively vague and contribute to blurring one’s grasp of the urban space despite the relatively abundant presence of green spaces.

The challenge in this highly restricted context was to favor environmental quality of life for future occupants, in order to fit the operation into the district’s long-term evolution. Quality of views, light and orientation were a key focus of conception, as well as the possibility of outdoor spaces for most apartments. The penthouses reaching up to G+8 and G+10 are slightly set back from the façades on the street side, which has allowed for the creation of broad terraces and outdoor spaces to the apartments on these levels. These setbacks also add an air of refinement to the façades, echoing the different dimensions of existing constructions in the urban landscape. Apartments located on the top floors have access to rooftop terraces, made accessible via an interior stairway in the apartment, which offer panoramic views over all of Paris, in a blending of near and far away environments. 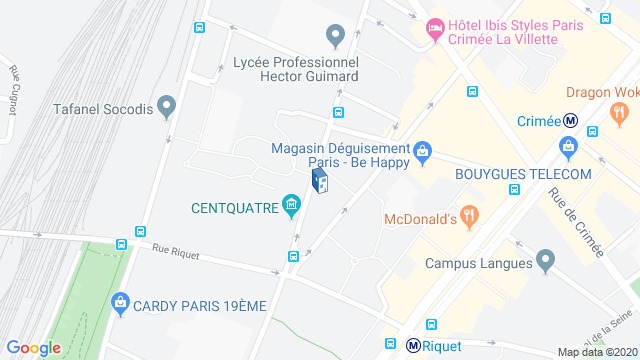