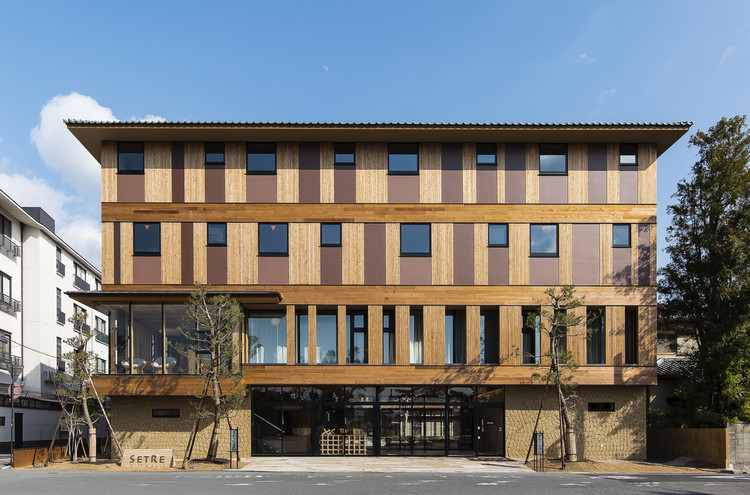 Text description provided by the architects. It is a project of rebuilding the Inn, near Nara Sarusawa pond. On the south side, a 4-storey building is arranged to surround the courtyard. Public spaces such as lobby, restaurant and other dining areas are planned on the first floor, while second to the fourth floor are planned only for guest rooms. The relationship between the garden and the rooms are expressed in a multi-layered space.

On the first floor, it was planned to have an amalgamated relationship between the inside and the outside which includes the ground, street garden, room, backyard, etc. in an open arrangement. On the guest floors, from the second floor to the fourth floor, it was planned to design in a way, which showcases the relationship between the alley (hallway), rooms and the garden in continuous small scale space.

The thought of expressing the local natural materials and construction methods of that area in a modern way gave a new path to the design. While using different materials such as stone, soil, and wood, we thought about the years that each material had existed so far, and thus researched various ways to use the material such that their authenticity does not get altered a lot. The pavement of the floor is covered with old stone. Various plastering finishes are applied to the inner and outer walls that will be the base of the first floor, using Nara soil. Yoshino cedar wall was planned on the inner and outer wall from the second floor to the upper floors. Furthermore, on the roof, tiles were laid that has been baked on the soil. The inner and outer walls by Yoshinosugi determine the arrangement interval by the difference sequence, with a desire that people who visit can imagine the Yoshino forest from these abstract spaces. The structure is a simple steel frame ramen structure, but by giving anti-seismic elements to the three core parts on the first floor, the lobby, and restaurant, etc. they get openly connected with the garden integrally.

The idea was to develop the architecture that inherited the tradition of the area that has been continuing for a long time with the hope that the "Naramachi" hotel will be the cornerstone of the area over time.

SPACE CONFIGURATION THAT INHERITS "Naramachiya". In 1F, various rooms are arranged around the courtyard. One will be guided through the street garden to the Meister Room, Bar Lounge, Restaurant, a private counter and dining room located further back. Each room has a relation with the garden planned around the site including the courtyard.

In the space above 2F, each room was planned to be related to the courtyard and the tsubo garden. In addition, it is planned as a three-dimensional street garden space where light is inserted from the top light and is dyed in a veritable color, with a blowout staircase leading from the first floor to the roof floor. 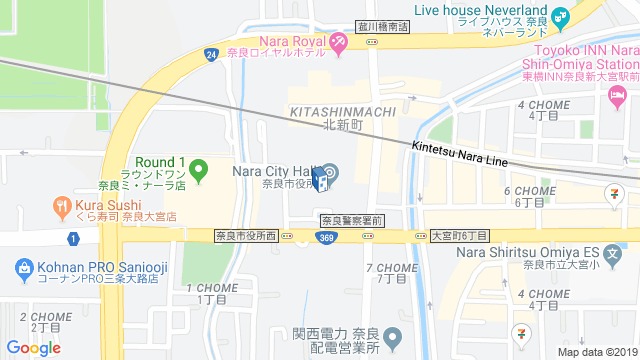 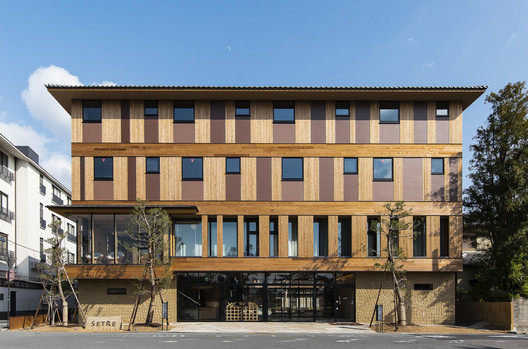