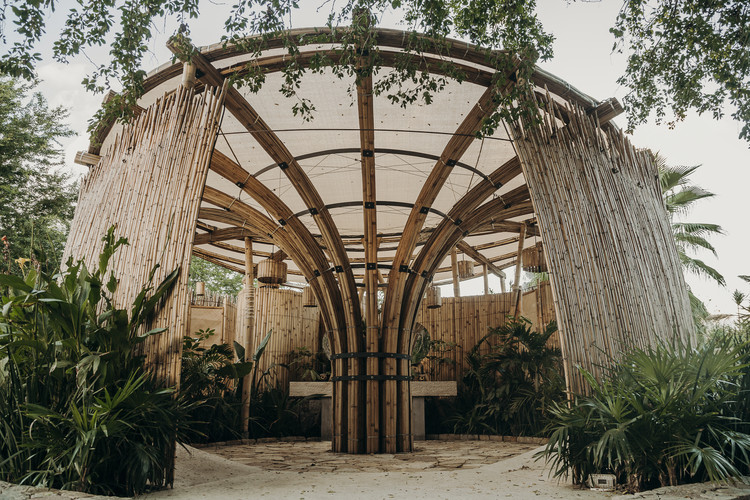 Text description provided by the architects. Located within the northern perimeter of the Estero de San José del Cabo (BCS Mexico), “Flor de Bambú” is the first materialization of a series of natural constructions that will compose the “Puerto Raíz” Project, a property created for the realization of events.

"Flor de Bambú" (Bamboo Flower) is generated with the idea of a courtyard as a starting point that welcomes visitors and distributes them in space, directing them to the private areas - the female or male bathrooms. A small courtyard protected by an ovoid-shaped wall of reed naturally follows the movement of the outer reed and contains the space without separating it from the natural environment. The planters create privacy and extend the natural envelope to the interior, creating the sensation of the continuation of the same natural environment.

The two ramps start the path to the bathrooms, leading visitors to lose themselves between the vertical bamboo strips that form the private cubicles and the textured wall of the urinals; a fine and elegant finish that form various elements integrally from walls, luminaires, to the structure itself.

Several bamboo columns form the central flower that opens up to the limits of the reed wall and, together with the horizontal rings, create a mesh of structural interdependence. A central concrete column roots and balances the structure. The metal hoops with tensioners are shaped like a mandala, allowing cooperation and balance between the different elements. Vertical bamboo poles help to support the entire fabric sideways, creating rhythm and disorder at the same time, almost as if they had grown there.

The materials evoke the local construction tradition and dignify its use today, in a harmonious composition between traditional and modern techniques of bio-construction using mostly elements that are part of the vernacular construction of Baja California Sur (reed, bamboo, wood). On the other hand, the incorporation of bamboo as the main theme seeks to promote the use of this natural resource present in the region, but not yet exploited as a noble construction material, seeking a change of the paradigm on a local level. The incorporation of metal in the connections allows a dialogue between traditional and industrial techniques, a dichotomy that promotes the revitalization of traditional construction techniques, preventing them from disappearing.

Since located next to Estero Josefino, a protected natural wetland area with a high risk of flooding, the structure was raised 1m from ground level with a stone base to avoid damage in case of flooding. On the other hand, the history of strong winds and hurricanes in the area determined the materialization of this structure that sought to be as permeable as possible. Thus, the shade mesh is easily removable so that the wind can pass between the organic elements without any impediment, and the flexibility of the bamboo itself allows it to move without collapsing.

Since being a sanitary installation, a micro plant for wastewater treatment was incorporated in order not to create organic sludge and allowing the purification of wastewater by finishing the cycle in an existing natural pond, creating a biological purifying filter enabling the future use of the water for irrigation and at the same time regenerating the natural environment and activating the ecosystem. 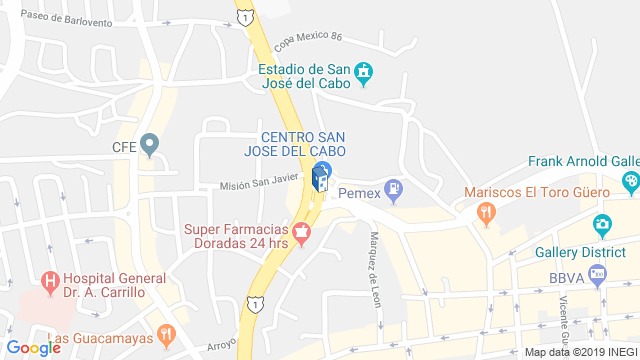 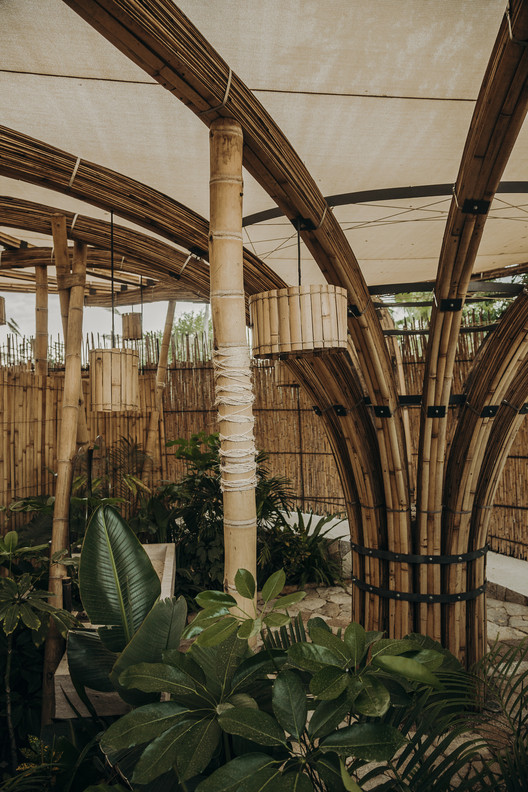 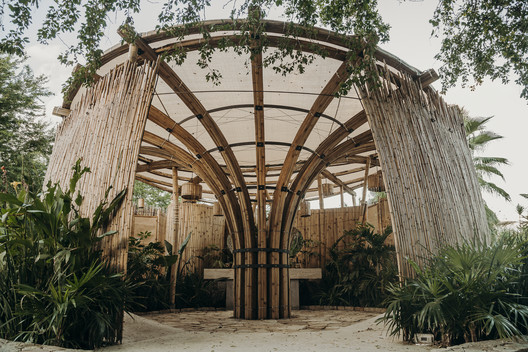