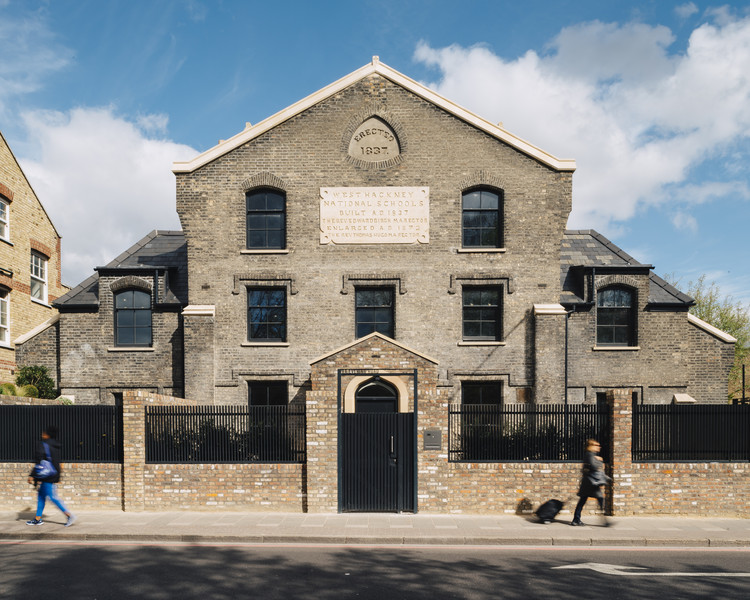 Text description provided by the architects. Grange Hall is a former West Hackney National School, and is locally listed, being one of only two ecclesiastical buildings that survive in the Parish of West Hackney. Construction of the original school commenced in 1837 and was built for the newly formed West Hackney Parish that included St. James’ Church, rectory and burial ground. It is believed that the use of the building as a school ceased in the 1960s and had been occupied by an engineering component merchant for over 35 years until it was purchased by our developer client in 2013. The building occupies a prominent location on the corner of Evering Road and Leswin Road in Stoke Newington, London and is considered of significant townscape value.

The building was in a state of disrepair, and while it had not been identified as a dangerous structure, it was no longer watertight and any further periods of neglect could have had significant consequences for the structural integrity of this heritage asset. Nissen Richards Studio was appointed by developer Cubbit Greystock in July 2015 to act as Architect for the residential redevelopment of the site. The development proposals aimed to preserve and augment the historic character of the existing buildings through respectful addition of new features, and careful sub-division of the existing collection of buildings to create nine unique residential dwellings. The adaptions and additions to the existing buildings were undertaken using high-quality materials and detailed in a complementary yet contemporary manner.

Grange Hall is an impressive example of late Georgian architecture, and we felt that it would benefit greatly from its careful restoration and adaption, rather than demolition and the creating of something new. We have respected much of the original footprint and the layout of the existing building, as well as utilizing existing doorways and generally built the individual dwellings around each of these existing entrances. Architectural features including rubbed brick lintels, stone copings, and stepped brick coursings are retained, refurbished and celebrated, and the existing timber A-frames roof structures within the main spaces have been adapted and retained to provide central features within the main living spaces.

Existing window openings have also been retained along the frontage, with new two-story height glazed openings formed along the main longitudinal elevations punched in between the existing masonry piers. New angled dormer windows have also been inserted in the large roofscapes and mimic the remains of existing dormers that were previously incorporated within the valley of the roofs, and ensure that these previously concealed spaces have been brought back into use. Where obvious contemporary insertions have been made, such as terraces, balconies, gates, and fences, these have been undertaken in a robust yet respectful manner, and also provide a hint of the ‘personality’ of the architect.
The total contract value was project was £2.8m and practical completion was reached in May 2017. 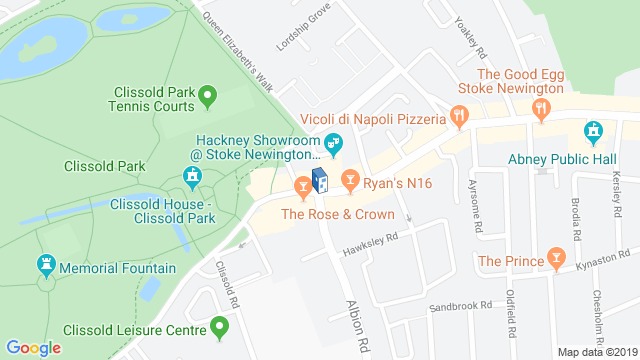 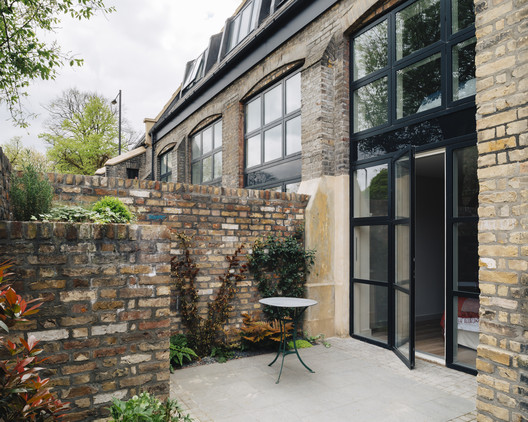 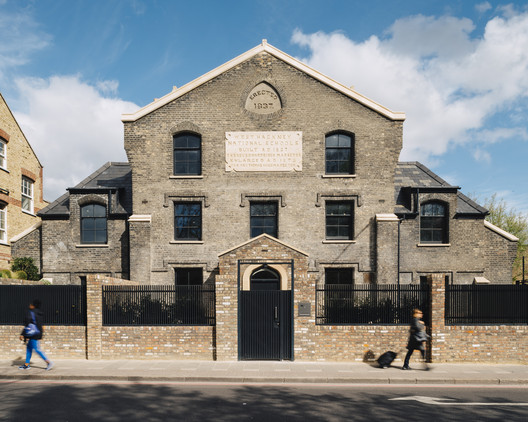