The 8th Bi-City Biennale of Urbanism\Architecture (Shenzhen) has officially opened in Shenzhen, China. Hosted at both the Shenzhen Museum of Contemporary Art and Planning (MOCAUP) and the Futian Railway Station, the event is the most visited architecture biennale in the world, and holds the distinction of being the first major architectural event where all materials for the exhibitions were sourced in the host city of Shenzhen. 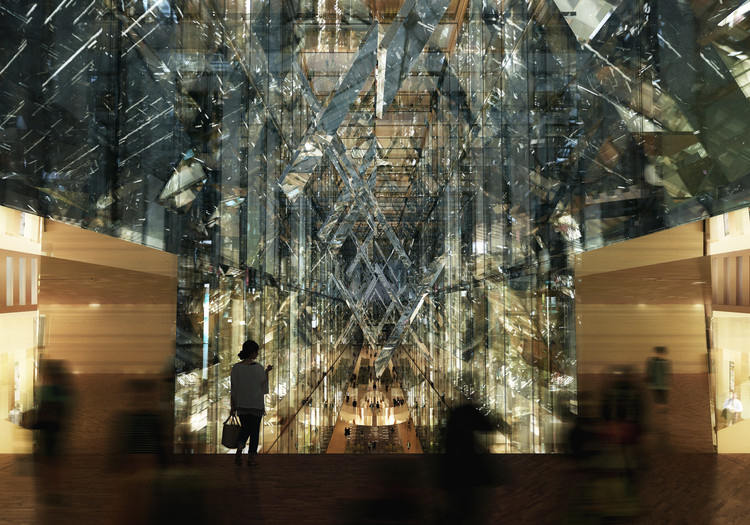 The exhibition consists of two sections, namely, "Eyes of the City" and "Ascending City", which will explore the evolving relationship between urban space and technological innovation from different perspectives. More than 140 works will be presented by over 280 participants from 24 countries and regions, among them some well-known international and domestic architects, artists and institutes, including MVRDV, Liam Young, Stefano Boeri, Sou Fujimoto, Thomas Heatherwick, Ryoji Ikeda, Google, Wang Shu, Yung-Ho Chang, Dominique Perrault, Philip Yuan, Liu Cixin, Academician Cui Kai, Academician Wang Jianguo, etc. A series of academic seminars and public events will be held during the opening week and throughout the exhibition period, to involve a wide range of visitors.

The overarching theme of the Biennale is “Urban Interactions: A Future-Oriented Urban Experiment.” This theme encompasses interactions among cities, people, and machines in a gigantic, sophisticated eco-system. As the rate of technological change increases and the trajectories and results become ever more uncertain, architects and designers will grapple with notions of “hyper cities”, “hyper species”, and “hyper societies” never before imagined.

“Interaction, as an important methodology of this UABB, is profoundly embodied in the concept, composition, and presentation of the exhibition. Compared with the previous editions, this UABB will mark a pivotal point in its history, as it involves the widest scope of disciplines and the most diverse perspectives; and for the first time ever, architecture, urban planning, science & technology, art, science fiction, and literature, etc. are integrated into a platform where practice and imagination join hands; where reality and the virtual world overlap; and where present and future are interconnected. “The best way to predict the future is to create it”. This UABB is expected to embrace a future-oriented urban experiment and a burst of innovative power inherently rooted in itself.”

The Urban Interactions theme is divided into two sections. The “Eyes of the City” section is hosted at the Futian Railway Station in Shenzhen, presenting a unique challenge of constructing an exhibition for public consumption in a contemporary, active setting that does not immediately lend itself to the biennale format. As a result, the curatorial team led by Carlo Ratti and South China-Torino Lab evoked the concept of a “Duty-Free” where visitors and passengers through the station engage with a winding set of artistic and architectural interventions, all themed on the notion that for the first time in history, our cities are developing the ability to see and speak back to us.

As Ratti explained in a recent interview with ArchDaily, the aim of the Eyes of the City section was to begin a conversation about how new technologies can be used to enhance the relationship between cities and cities, people and cities, and cities with nature. The exhibition will also include an opt-out facial recognition system designed by Winy Maas and MVRDV, who also spoke with ArchDaily recently on the challenges of implementing such a system.

The “Ascending City” section is curated by the team headed by Meng Jianmin and Fabio Cavallucci, gathering a number of prestigious architects, artists, filmmakers, and writers as well as interdisciplinary members who explore the methodology of this UABB in a brand new and profound way. "Ascending City" consists of 3 sub-sections, "Empowering Citizens in Progressive Cities", "Urban Alchemists" and "Daily Sci-Fi", corresponding to the views of users, creators, and thinkers of the city respectively.

The "Empowering Citizens in Progressive Cities" sub-section looks at the city from the perspective of citizens, examining the relationship between emerging technologies and urban residents and the dramatic changes it brings to the identity and self-identity of the individual citizen. The "Urban Alchemists" sub-section records and reflects transformations of the city from the perspectives of architects, artists, and urban planners. The "Daily Sci-Fi" sub-section aims to build a bridge between the tangible and the intangible, reality and ideality, existence and imagination.

For more information on the UABB 2019, visit the official website here, or browse our dedicated landing page, containing several fascinating essay submissions along the theme of innovation in architecture. 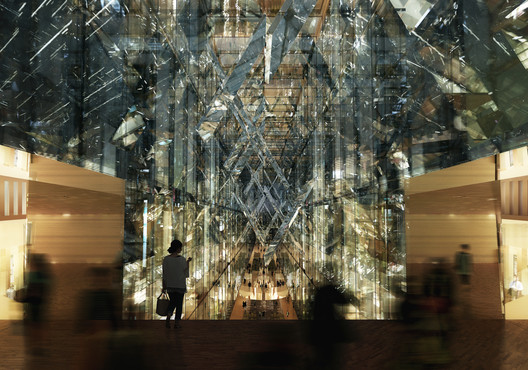