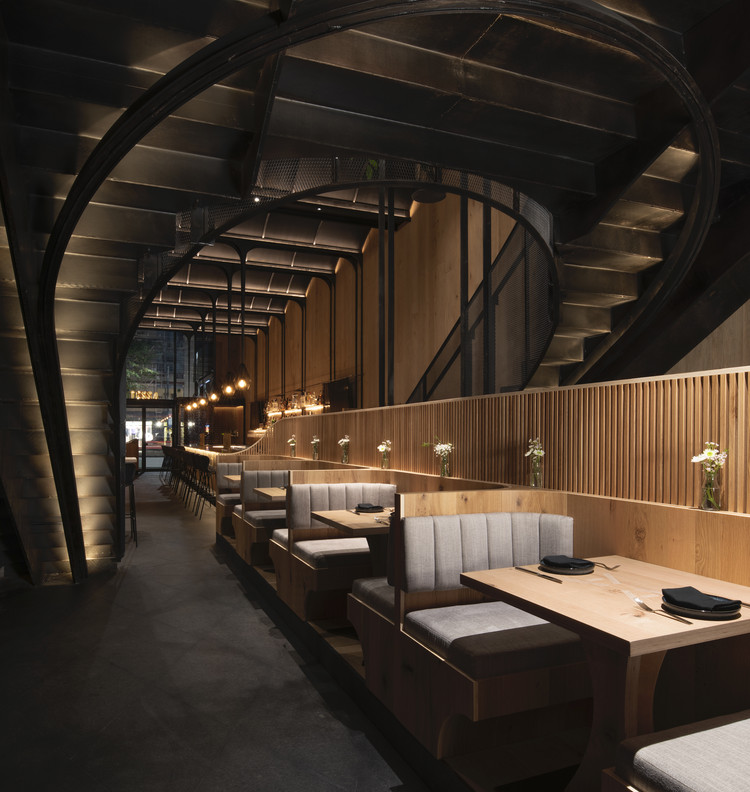 Text description provided by the architects. The architectural character of Manhattan is a palimpsest. As buildings are renovated and added to over centuries traces of each iteration remain, expressing themselves as an oddly placed column or a texture that bleeds through successive layers of paint. In the renovation of 329 Columbus Avenue to create Asset restaurant, we sought to excavate the existing space in search of unique textures and hints of the past that would enrich the guest experience.

In the process of 3D scanning the building, vaults of expanded metal lath were discovered above the fire rated ceiling. The vaults were reintroduced as an exposed element serving multiple functions. Formally, their rhythm breaks down the expansive space to a more intimate scale. Structurally, they conceal steel girders, below which are hung the stair, bar shelves, and light fixtures, allowing those elements to be much more delicate than if they were self-supporting.

Depending on the size of the openings in the expanded metal and how it is lit, the material can be manipulated to adjust its transparency. Thus it can be used as a delicate stair guardrail; or expanded to serve as a ventilation grille; or paired with insulation to become an acoustic absorber; or layered to conceal mechanical equipment; or stretched to hold wine bottles. The diamond pattern of the expanded metal becomes a motif unifying the details, from the pattern of the stone floor to the bathroom mirrors and umbrella stand.

The process of excavation was also applied to the oak panelling on the walls. The boards were sandblasted to erode the soft earlywood that lies between the harder latewood grain, thereby enhancing its character and increasing its sound absorption. Areas of the panelling were masked off from the sandblasting, creating a sharp line of contrast between the eroded portions and smooth portions.

The mezzanine, itself a remnant from a past iteration of the space, provides a unique dining experience overlooking the bar below and the street beyond through the 2 story glass curtain wall facade. A grand stair connecting the levels is divided in 2 parts, 1 side for service and the other for guests. The 2 sides merge in a gentle curve reminiscent of the ceiling vaults. Under the mezzanine the more intimate space can be divided into private dining rooms by expanded metal screens. Light grazes across the screens in this application to reduce their transparency.

With the thoughtful manipulation of a limited palette of materials, each of which reflecting a bit of the history of the space, the former retail store is transformed to create a variety of dining experiences: lively parties at the bar, special family occasions in a private dining room, and intimate banquette seating. Each space is tailored for a special experience but is cohesive in its material and details. 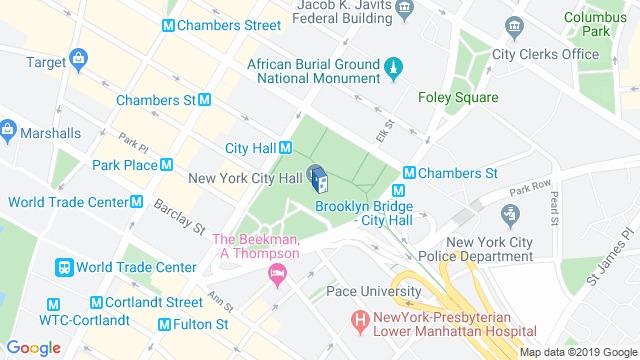