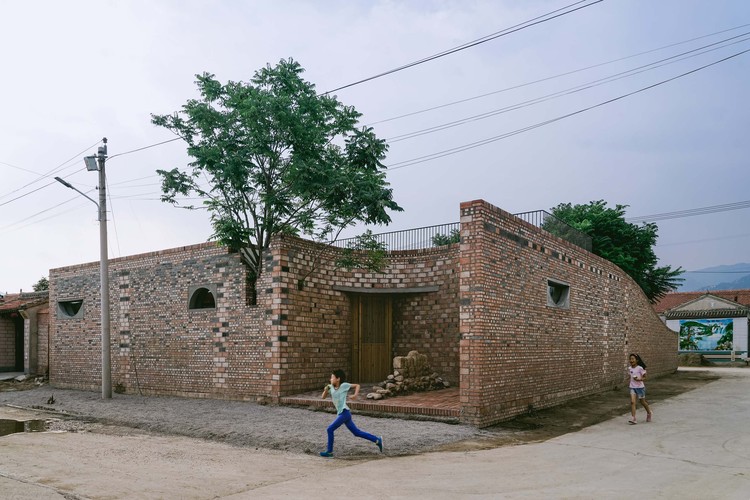 Special baseSite
Houheilongmiao Village, where the sitebase is located, is next to Haiyingtuo Mountain in the north and Guanting Reservoir in the south, is one of the hundreds of Great Wall Guarding Station formed in the 15th century. But today, like other villages in the suburbs of Beijing, it gradually dilutes its relationship with land and history in the disorderly renewal and sports infrastructure construction.

The basesite is in the center of the village, which is a long abandoned old house. Looking around, only it still maintains the appearance before the industrial age. Most of the old courtyard wall has been obliterated, so that a brick wall needs to be rebuilt to outline its boundary. In the long time, the dilapidated old house surrounded by brick walls and several old trees sprung out of the wall are the daily scenery left to the villagers.

Ruins of the old courtyard in the village center
Stepping into the yard, there are old houses and old trees and grass. However, the scenes of life that existed between ruins can still be imagined. Although they can hardly be classified as traditional beauty, these scenes undoubtedly contain a huge amount of information. They form a bond between the present and the past. Its fascinating to see this wonderful link to the past. So on a coincidence, we surveyed the unrepairable ruins. The new building is also trying to collectframe these "special" scenery.

Parallel space-time
Keeping a piece of ruin in the basesite , rather than renovating it or removing it completely, is a courageous choice. As time goes by, the old house will continue to collapse, and the new tree will continue to sprout. One day, the old house in the courtyard may eventually collapse into a pile of rubble. But it doesn't matter, it was still part of the building at that time. People will meet it at different times, marking the traces of each other's lives. The ancients used "荏苒（Rěnrǎn）" Renran to describe time. "荏苒" originally refers to the lush plants, which is probably the scene in the courtyard now. The name of the building is "RěnrǎnTáng ", which is why it is.

The tranquility of the garden
The terroir has shaped the way of life of the place, which grows from the oldest part of the village, and we hope to recreate the rural life in the north in the village. Therefore, different levels of gardens were inserted into the building space, creating private outdoor spaces for the four groups of living rooms. These courtyards are small but generateprovide the right daylighting, ventilation and tranquil atmosphere for each room.

When we built the house, we used a lot of old materials, such as the original red bricks of the surrounding walls, and the green oldbricks dismantled from thea dismantled old houses that were not far away. Anything we could collect was mixed together. Fortunately, it is not difficult for the artisans to understand, because it seems that they have done this for thousands of years. Therefore, after the house was built, it echoed with the surrounding environment. The folks didn't think it was an eye-catching new guy.

When photographing the north facade, we found that it was always incomplete, because a farm car parked on the northeast corner of the house all year round, and then we slowly let go. This car, like this building, is part of the daily landscape. They will shake hands sooner or later. When we took the picture, we invited the children from the neighborhoodneighbor to be models and during chatting we found that this was their "old home". No wonder when they saw the familiar old house in the courtyard, they were constantly running aroundin space with excitement.

Judging by the age of these children, there should be no experience of living in this old house. But the day-to-day life of this barren house landscape is probably deeply rooted in their life experience. At the end of the shooting, I was suddenly envious of them. In this era of rapid changes in the physical space of cities and villages, it is probably a happiness to be able to reunite with the childhood scenery. 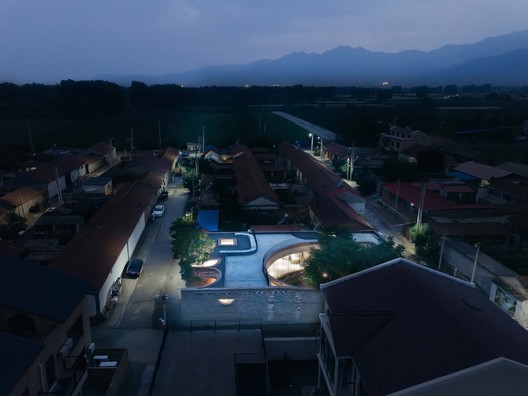 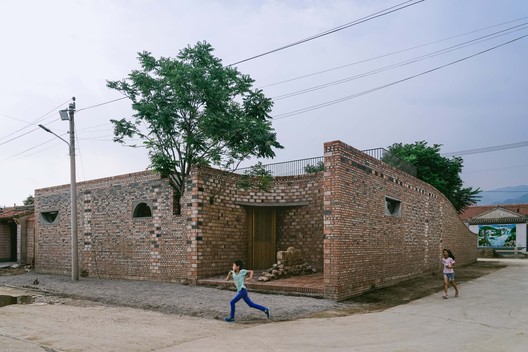