Other than curating amazing architecture, ArchDaily is well-known for producing exclusive content and cutting-edge editorial pieces. Sought-after, these articles are produced by a highly experienced team of editors, scattered around the world, generating writings in 4 languages.

Moreover, our platform has pushed its educative status, furthermore this year, in order to function as a comprehensive tool for Architecture. 2019 has given us an abundance of materials to explore, and our editors have tackled with different possibilities, from highlighting technical information, material guidelines, theoretical and conceptual approaches to investigating the digital realm, cities, and traveling. Read on to discover a curated selection from our readers’ most notable articles for 2019.

Bringing the Outdoors Inside: The Benefits of Biophilia in Architecture and Interior Spaces

Architects and designers are now searching for design solutions that will resonate well into the future, turning to 'biophilia' as an important source of inspiration that promotes well-being, health, and emotional comfort.

Traditionally, bricks have been used in architecture to fulfill a double function: structural and aesthetic. While they act as an effective and resistant modular solution in building structures, their faces can be exposed to constitute their architectural appearance, generating facades rich in texture and color, thanks to the iron present in the clay they are composed of.

20 TED Talks on how Architecture can Change the World

This list encompasses a variety of topics and perspectives. From materiality to function, graphic guides to equality, the talks below share a common theme of architecture as a tool for progress, and an avenue for answers to crises such as housing, climate change, and loneliness.

Le Corbusier, Mies van der Rohe, Frank Lloyd Wright, and Louis Kahn are four of the most notable architects to date. Read this article to find out more about the creative process of these four leaders of the modern era, and why their projects and practices are still influential to our modern times.

Artist Eric Fischer has developed a project that explores precisely the difference in perceiving - and photographing - a city from the point of view of tourists and locals. The work, which is entitled Locals and Tourists, gathers the maps of 136 of the largest - and most visited - cities in the world.

NetCredit was given the task of reviewing historical archives to create an accurate representation of each unbuilt structure. They searched the archives of the Library of the Congress to uncover various urban developments that were never built in the United States. Once this list was made, their art director worked with architecture and CGI experts from Projection EC to produce the final images, which included three views of each structure to show the scale of the original plans. 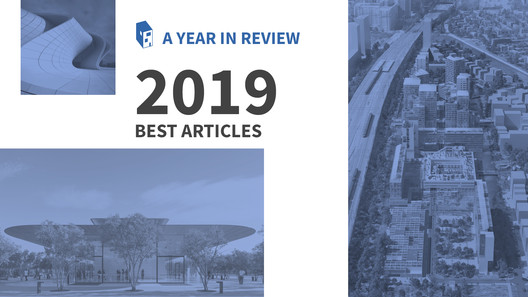