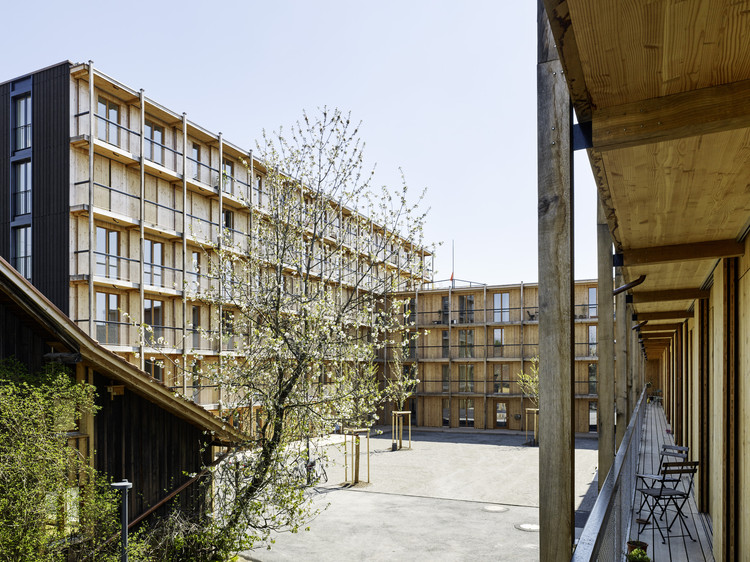 Text description provided by the architects. The area around Seen railway station has been owned by the Hagmann family for decades. The architectural competition sought to construct car-free, affordable residences in an apartment building with an architecturally and ecologically superior design. The site is accessed on two levels along the edge of the slope, which acts simultaneously as connection and division. The development has two typologies: the courtyard house - an existing former carpentry shop - and the new building with three wings that wind around a central courtyard and range from three to six storeys.

The concept for the new building envisages, in contrast to the moderate use of the neighbouring residential areas, an efficient and cost-effective construction method based on clear principles, a timber-concrete hybrid construction with a wooden facade that minimises the use of grey energy. Combined with an approved mobility concept, the goals of the 2000-watt society were achieved. The charming existing commercial building, in which various co-operatively organized craftsmen are accommodated, is integrated into the new residential building project. This creates a lively place to live and work amid an exciting mix of uses and preserves the identity and history of the village and the Hagmann family. These existing uses are complemented by a medical practice for general practitioners on the ground floor of the new building.

Additional rooms that can be temporarily added to an apartment, flexible floor plans that enable alternative forms of living and are attractive for people of different ages, as well as outdoor rooms that can be used all year round contribute not only to the mix of uses but also to sustainable development from a social point of view. Inspired by recent concepts for non-profit cooperatives, social sustainability is supported by promoting communal forms of living and a balanced mix of residents. Thus there is a sauna for all residents, common rooms and gardens, a square with a bar and pizza oven in a renovated railway carriage, a children's playground and a Boule terrain. Monthly in-house events in the bar demonstrate that the hoped-for community is already growing. 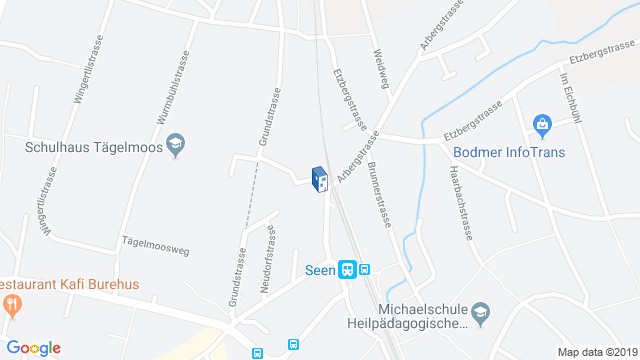 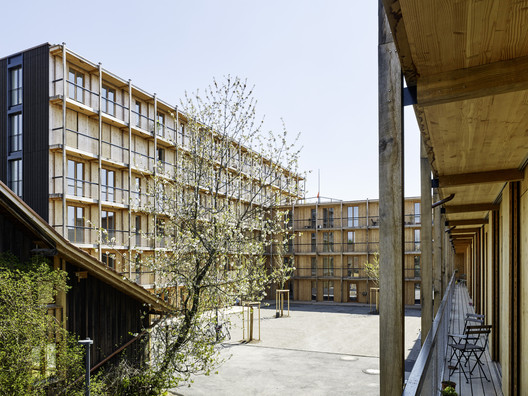