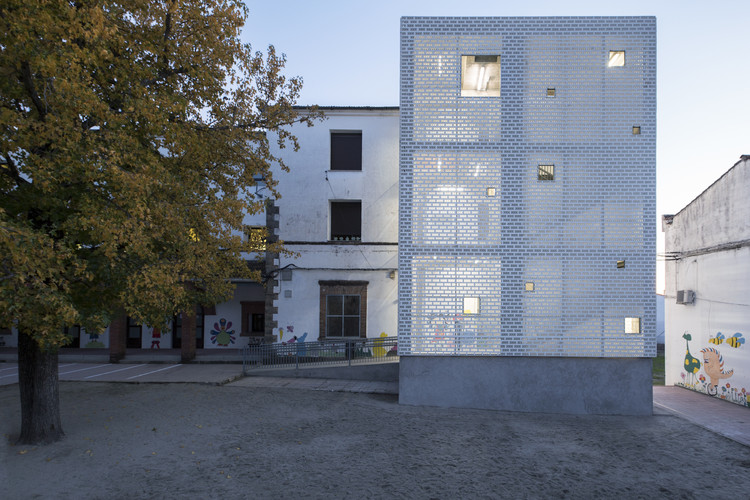 Text description provided by the architects. The School Francisco Parras, inaugurated in the year 1929, was an important milestone to the Losar de la Vera´s population, which is located in the North of Caceres province. Originally, the building had a separated education from sexes, and, because of that, the first and the second floor (males childs) has a different acces than the low floor (females childs). 90 years after of continued use, we proposed an intervention with the objective of adapt it to the Fire Normative and to make it accessible.

The Project will have two main areas of intervention: to reorganize the existing stairs, to connect the three floors without having to leave the building; and the construction of a new core of external communication to resolve the evacuation problems in case of fire and to make possible, on a second chance, the instalation of an accessible elevator. The new external volume, separated of the old building, will be formalized with an reinforced concrete structure with shielded pillars. The concrete skeleton will be covered with a ceramic skin making a continuous enclosure. This ceramic lattice will have some opened spaces making possibble to establish different visual connections with the exterior landscape during the tour through the staircases.

To make the Project we choose to simplify the materials selection, using the concrete for the main structure, the galvanized steel for the railing and the ceramic brick in the enclosure. To build this ceramic skin we have used an auxiliar metallic substructure of vertical tubular profiles which they have welded some horizontal type “L” profiles to fix each five brick lines. The brick, a STONEWARE/ARCTIC CLINKER from LA PALOMA, will be arranged with the frog seen, the brick perforations will form the final image of the new built volume. 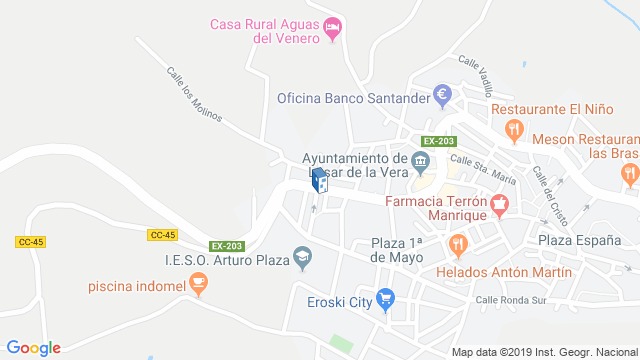 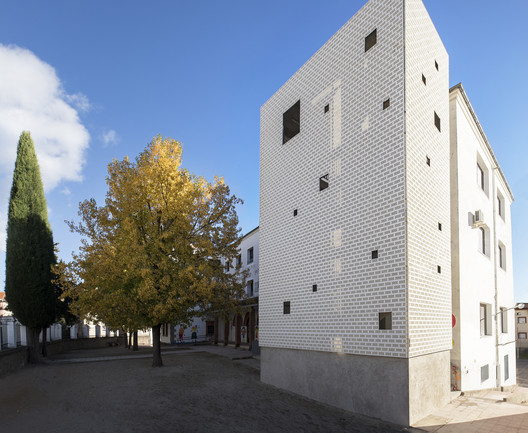 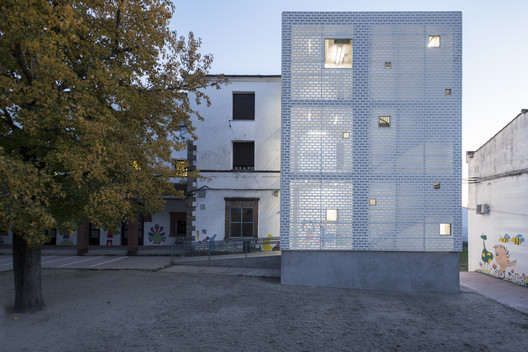