Save
Courtyard No.7 Of The Drum Tower / RSAA/Büro Ziyu Zhuang
Presented by: 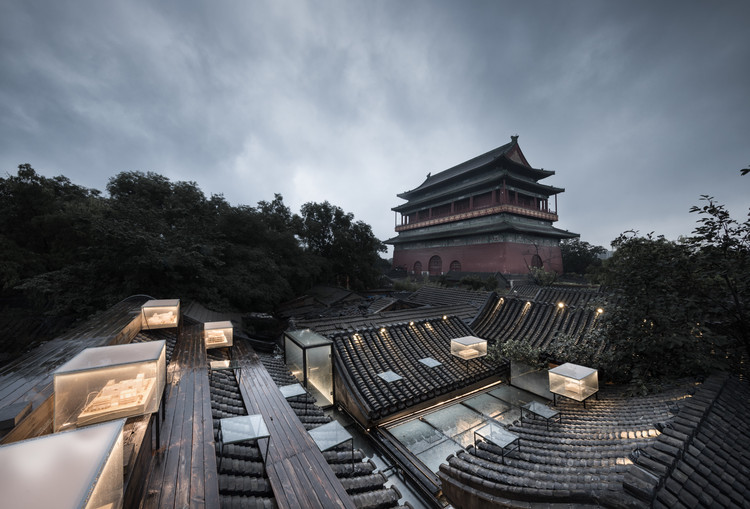 Text description provided by the architects. The Chinese-German office RSAA/ Büro Ziyu Zhuang renovated their office in the Beijing central axis. The project, which is next to the tallest ancient landmarks of Beijing for more than 600 years – Drum Tower and Bell Tower- is adopted from a traditional Beijing-style courtyard; Siheyuan in Dongjiaogan Hutong.

The design target was to build a timeless workshop whilst embracing the surround cultural context into the yard. Therefore, the renovation was organized into 4 steps; 1. Refurbishing the old section using the traditional method; 2. Insert a “timeless box” as a “functional generator”; 3.

Reform the interface of the new yard space; 4. Organize the new space sequences under the link of the new interfaces. To achieve the goals, after cleaning up some old unnecessary interfaces and exposed original traditional structures, Ziyu Zhuang and the team built a free-standing T-shaped volume made with glass to combine the original northern room, western room and eastern room in order to form a more efficient working environment.

With the step-by-step approach explained above, Ziyu Zhuang converted a single yard space with one single image into a multi-layered space that follows its own narrative sequence. Some small interesting spaces, therefore, appear along the new path.

One small yard on the north-western wing of the T-shape volume was filled with AC outdoor units from different rooms and artificial green plants as a “camouflaged green light well” behind an opaque glass wall. The kitchen space shares the wall with its neighbor, whilst reusing the original structural components (red) and original tiles (green). The overall construction cost of the kitchen was less than 5000Yuan(700USD).

And the total construction cost was very efficiently controlled to be within 200,000RMB(30,000 USD) including the MEP and furniture cost. RSAA believe this renovation could be a great symbol of the link between the traditional Chinese lifestyle and the modern space visions under low cost.

One bookcase on the north-eastern wing of the T-shape volume also plays a role as a staircase to the rooftop level, where the views of the two ancient towers are introduced into the yard.

Also, in this case, after strengthening the structure for loading, the pitched roof become the 3rd level of the activity space for office chatting, social gatherings and can even be a place for staff to relax and take a nap.

The high space in the northern room became the model display space, and together with the re- exposed tradition structural components such as the rafters, crescent beams and purlins, creates a very strong architectonic “image” with the wooden models, a concept that is also linked tightly with RSAA’s design philosophy. 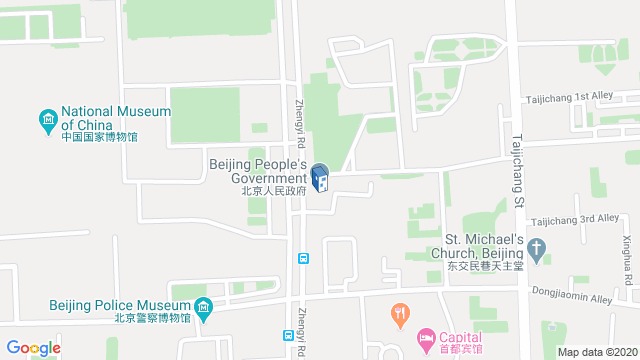 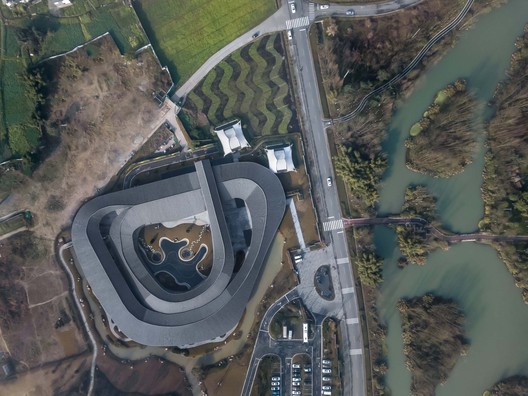