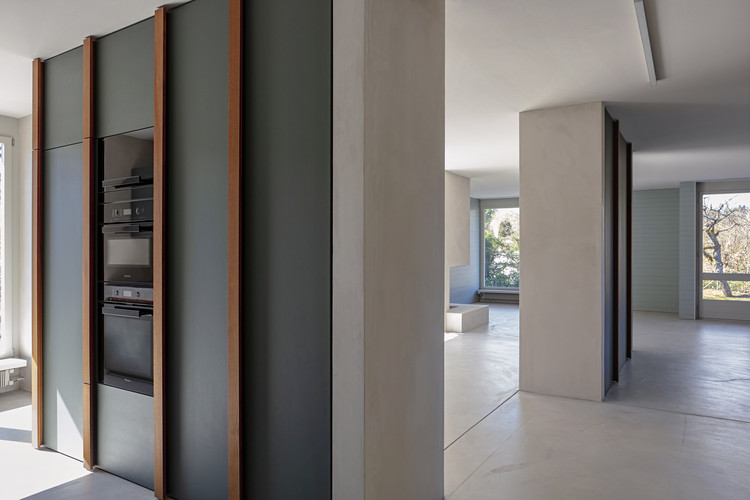 Text description provided by the architects. The house is part of the listed garden estate “Sängglen” including 34 typ- like houses, which were designed and built by the architects Philipp Bridel and Hugo Spirig from 1961 until 1974. While preserving the basic design, the floor plan on the ground floor was given a new interpretation:

The doors were removed, and wall panels were cut back, thus creating a floating room which includes entrée, kitchen, dining-come-sitting room and access zone with the guest toilet. The free-standing wall elements were transformed into space-containing bodies by including built-in wardrobes and guest bathroom. Together with the built-in fireplace, they generate the space zoning.

Upstairs, the layout was left untouched. The complete renovation of the bathroom and shower created atmospheric wet rooms. The subtle treatment of the surfaces was an important part of the procedure. The brick walls received a warm gray clay fine plaster. The carpentry and wood surfaces are kept in a discreet grey-green and light grey tones.

Solid wood handles and inlays enhance the furniture fittings. The kitchen cover, sink and shower tray are made from concrete. On the sleeping level, the solid wood floor forms the pendant to the light wall paneling. On the ground floor, the jointless concrete floor underlines the flow of the open floor plan. 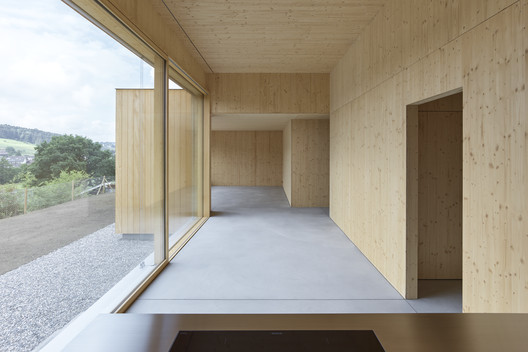