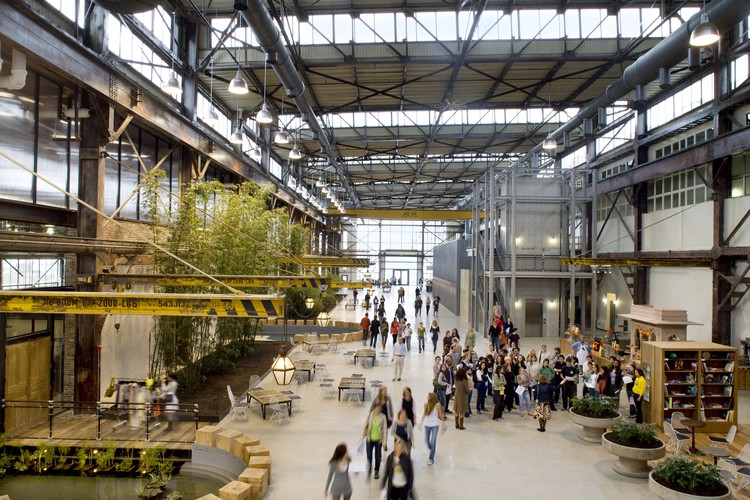 Text description provided by the architects. Located at the confluence of the Delaware and schuylkill Rivers, the Navy Yard served as a ship building and repair facility from 1868 through 1996. Decommissioned, it’s 187 buildings were abandoned. in 2004, the 1,000-acre National Historic District was master planned for redevelopment an evolution from public ownership to private use.

When Urban Outfitters, inc., first considered the site, the existing structures were dilapidated. Despite the decay, the soul of the Navy Yard spoke to the company’s founder, Dick Hayne. He purchased four historic buildings, with an option on one, that were constructed from 1880 through 1939.

Urban Outfitters, a clothing and housewares retailer, was the first major non-ship building corporation to move to the Navy Yard.  The design including building documentation and renovation was completed within 23 months. Using the Federal Historic PreservationTax incentive Program,the client invested over $100 million in the 285,000 square-foot project.

The buildings once operated to produce naval vessels, alternating between construction, repair, and even scrapping decommissioned ships.The design centers on utilizing the factory characteristics of the buildings industrial materiality, open volumes, and access to daylight to repurpose the buildings’ major function from production to creativity. The synthesis of four measures art, culture, economy, and environment results in the transformation from a public, production based yard to a private, creativity based one. 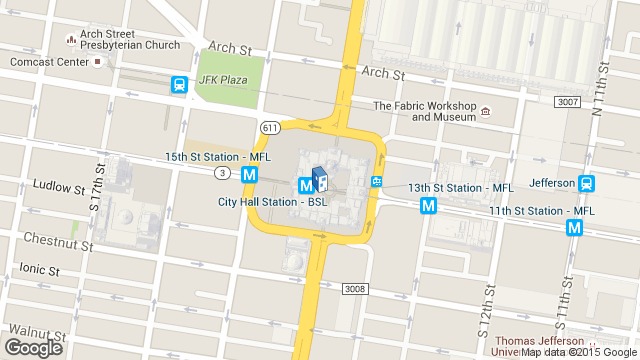 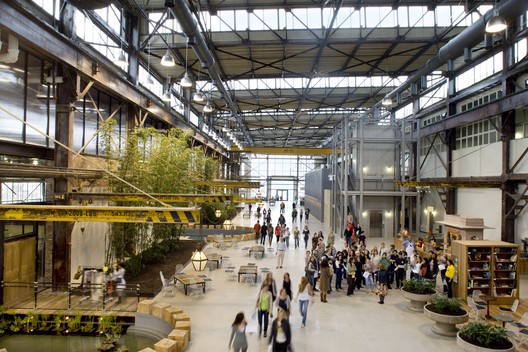