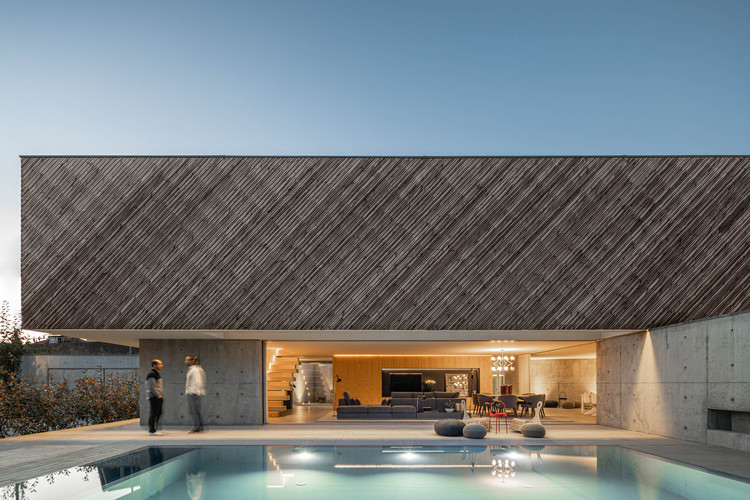 Text description provided by the architects. The house is sited in a typical peripheral region lot, in Guimarães city, characterized by a surrounding high density residential area. The project was developed according to the immediate needs regarding the context – privacy and the natural topography of the site.

The two-story house was designed in consonance with a proposal that revolves around two different use relations defined by the creation of voids and yards – exogenous or endogenous – that correspond to the type of program that they define (social or private). For the social areas of the house, it were established exogenous voids and yards that allow transverse relations between the inside and the outside, as well as it expands the living area when the doors are fully open.

The private zones happen on the endogenous voids, resulting from the definition of a pure and blind volume, founded on the retaining wall, that holds within itself allowing the control of light and visual relations with the surrounding area – one of the boundary walls, exceptionally, is geometrically perforated, originating an entrance point on the high level of the site.

The retaining wall, that has the buried garage as a starting point, cuts the land and finishes by the pool boundary, represents the rotation of the volume of the house, but as a void. This monolith is clad with diagonal wooden rulers that alludes to a nest that involves the private zone of the house. The concrete and the wood generates a gray scale in a constantly chromatic mutation. 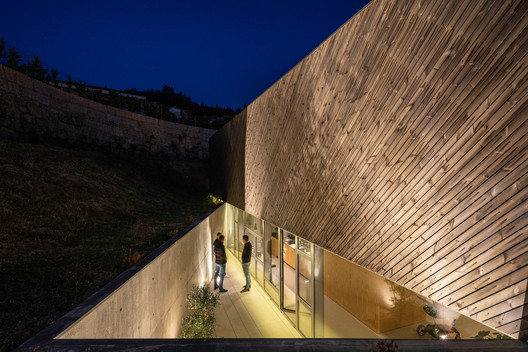 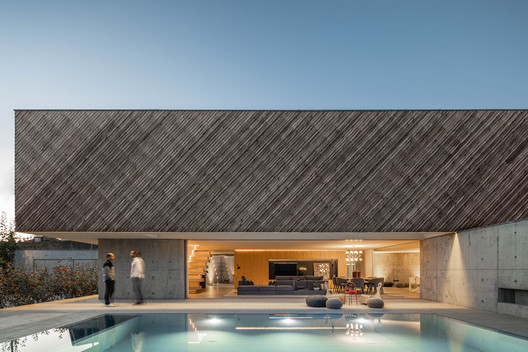