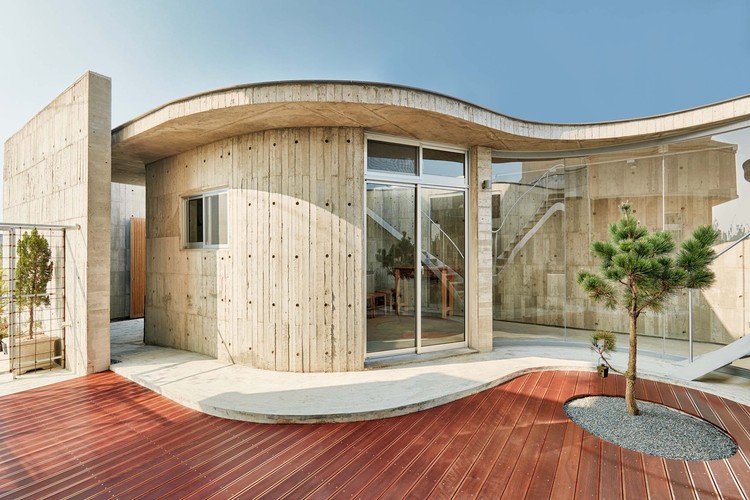 Text description provided by the architects. What are livelihoods? What are meditations?

In the beginning of 19th century, western architects ceased the way of interpreting architecture in decorative ways and emerged the concept of “form follows function”, featuring materiality and space coordination to review modern architecture. However, does this concept distinctly define the practicability of a space?

Unlike the mechanism of industrial, graphic and fashion design, buildings are constructed with response to the site texture and unique space-time background. Architects design in accordance to their subjective perception or knowledge and create different building expressions under particular objective conditions. The functionality of space is a projection of the designer’s mood apart from the reflection of the user’s needs.

The existence of needless elements and lacking of pragmatic factors become a subtle matter in the discussions on space construction. How should we view the spirituality of architecture in the oriental cultural context? What are the considerations of site context that should be valued when discussing the site essence?

Based upon the initial thoughts of “ineffectiveness”, the impracticality of imaginary spaces are often the simplest way to sense an architect’s intents.

In spatial organization, traditional house in Taiwan are always designed with three room and two public area. However, the project transform the typical temple’s plan, proposing three different court yard which create a mutation of a classic spatial sequence. The changing of light indicate the space of meditation and the passage of time. Bare concrete is implemented as the main materials for the house. Different template create five expression variously, which can be applied in several space with different function.

IN / House A familiar housing floor plan layout often equips ‘three bedrooms + two living rooms’; however, the IN / House project implements ‘three yards + two entrances’ to array the spatial flow of living and meditation areas: ‘three yards’ – dooryard, courtyard and backyard which act as a light vessel and wind aisle from the designated site offset; ‘two entrances’ – entry towards Zen area built for sensory perceptual experiences. The project aims to explore the experience of living through rethink the relation between living and meditation. Without coach, and TV, only the dialogue between heaven and earth, light and shadow, space and time, the order of architecture remains.

Are tangible living spaces likely to sublimate into spiritual meditation realm? What are livelihoods? What are meditations? The restoration of spatial materiality into its intrinsic quality in the INHouse allows human senses to appreciate the simplest form of a space. Perhaps, livelihood can always be equivalent to meditation. 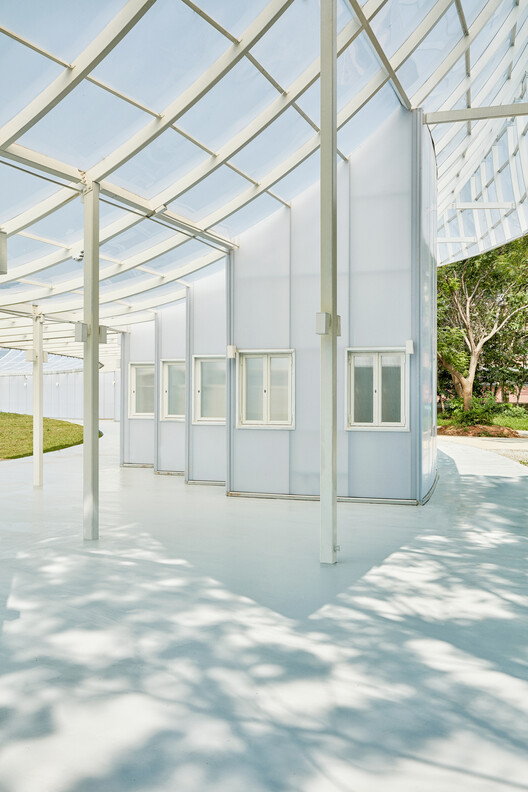 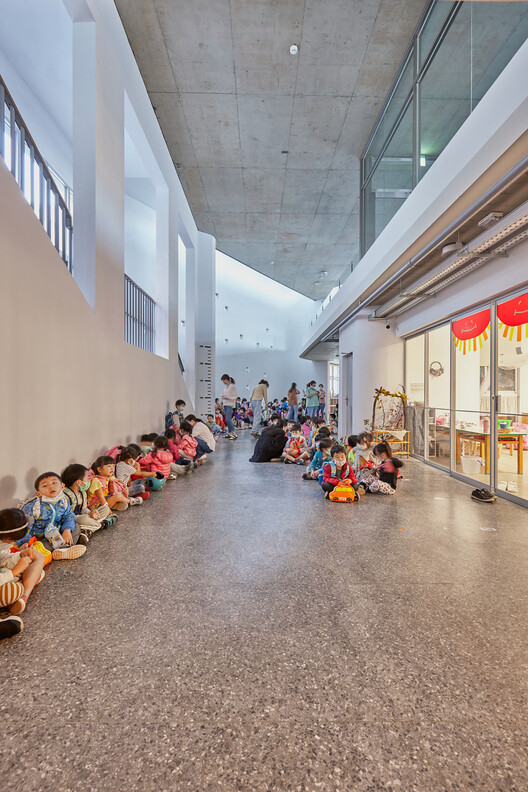 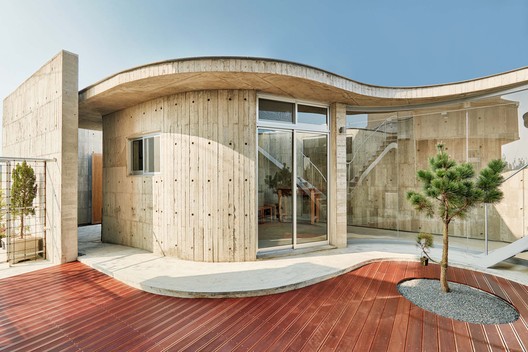