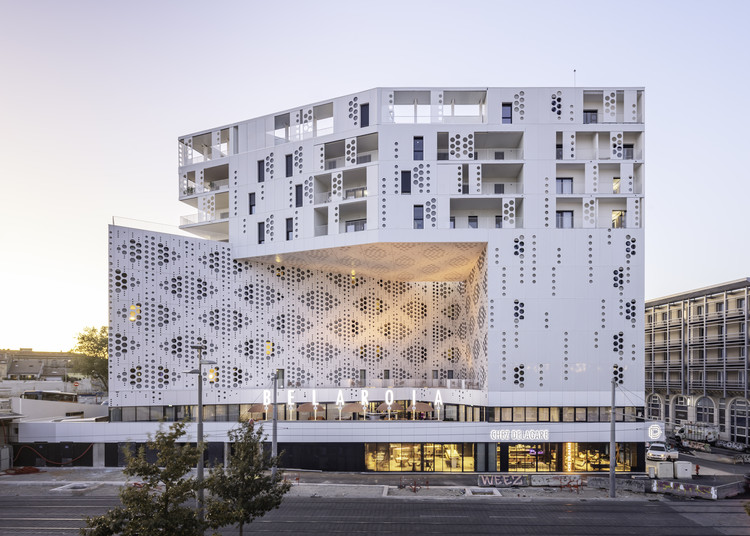 'Belaroïa' means jewels in langue d'oc, the old language of the area of Montpellier, in the south of France. It is a mixed-use program with a 3* campanile hotel, a 4* golden tulip, 12 luxury apartments, a restaurant, a wellness center, and parking. The site is right opposite Montpellier's central Gare Saint Roch train station, and the BELAROIA is the first building you see as you come out of the station. The north terraces of the station overlook the project.

Its particular position is in fact on the prow of the Nouveau Saint-Roch development zone, and the first of the zone's projects to be completed. To characterize this zone, the city highlighted the importance of a diversity of programs, which our team interpreted as a hybrid project, interweaving two hotels, apartments, a seminar venue, and an independent restaurant.

The small site led us to stack up the functions, literally one on top of another, sharing some of the vertical circulations between different elements of the program. The complex triangular form of the site led us to design a continuous volume with a succession of folds that unfurl along the north and the east facades, topped by a wide bridge along the south facade.

In the middle of these folds is set a large hollow volume, orientated to the south and sheltered by the bridge that overhangs it. This magnificent conch shell-like form is an extra element, a meeting place for all the users of the different programs, a café with a terrace looking out over the train station, which faces us. 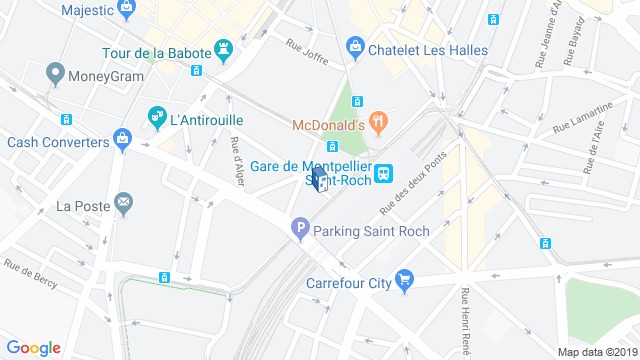 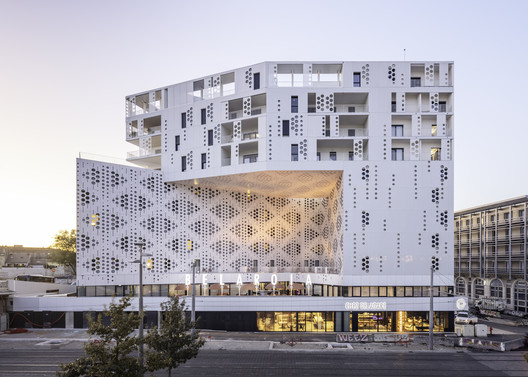