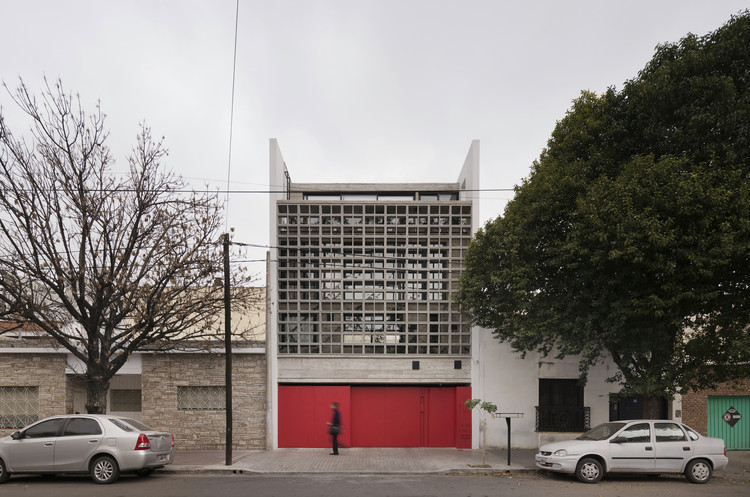 Text description provided by the architects. A few blocks from the Suquía River and next to the Barrio Alta Córdoba Train Station, the house is located in a small urban lot of 105m2 in a well-connected area. The proposal intends to make a contribution to the built environment by intervening in a residual space, achieving the completion of the urban fabric and thus valuing the already consolidated environment, favouring the social mix and taking advantage of the current services and infrastructure lines. On a small lot of 7mx15m, the proposal makes vertical sense by organizing the program in a series of overlapping floors in order to optimize the approach. The project rejects any spatial hierarchy in order to become an open and flexible system of multiple connections calling for continuity and freedom.

The ground floor is presented as a stimulating space that allows a great variety of activities where its inhabitants will discover new forms of uses and appropriation for the same space. On the ground floor, the entire lot is recognized, placing the access stairs to the first floor at the end of the lot, with the intention of passing through the entire space before entering the interior of the first floor. The social area is developed on the first floor, in an integrated space with the living room, the kitchen, the dining room, and a double-height terrace with the idea of being immersed in one total space, allowing the perception from side to side of the tight terrain, favoring a search for a wider spatial continuity. A set of superimposed stairs allow one to explore and understand the spatiality of the building leading to the next floors where the bedrooms are located, ending with a terrace that reclaims the views of the neighbourhood.

The direction of circulation is strengthened through the use of the red colour that accompanies the spaces, tensioning horizontally and vertically from the access, the staircase and ceiling. The perimeter becomes thick by means of a curtain of vegetation and a pre-moulded concrete sunshade system on the facade that faces the street, thus resolving the privacy of the house in a sequence of layers between the outside and the inside, between the public and the intimate. In this way, the entire house is screened by a filter that wraps the front, accompanying it with a jasmine curtain that perfumes all environments.

The use of the pieces that make up the concrete screening plays a role of great expression in the composition of the facade, resolving the security and privacy of the house giving rise to a play of light and shadow creating an atmosphere of great warmth. The proposal is materialized with an independent structure of exposed concrete slabs that complete all the floors solely based on their respective medians, with the aim of giving the floor maximum flexibility and the possibility of defining the interior environments with fittings or spaces resolved in wood. The proposal encourages the idea of living close to urban centres reducing the impact of mobility, in order to reach the optimal parameters of a sustainable city. 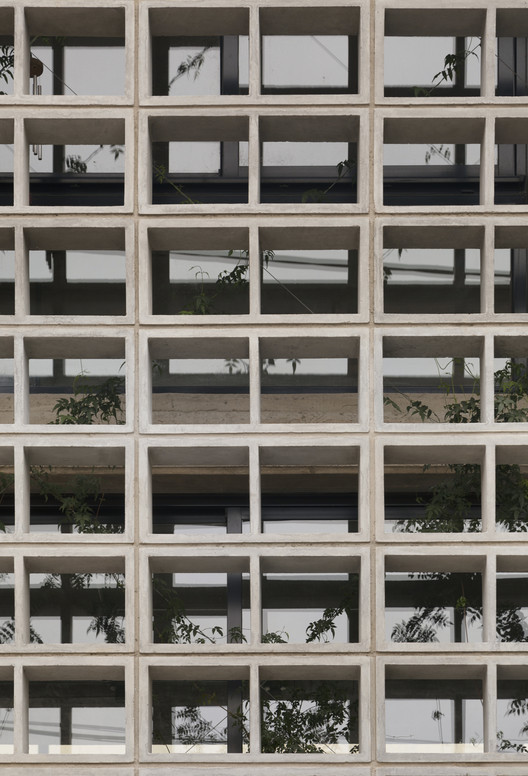 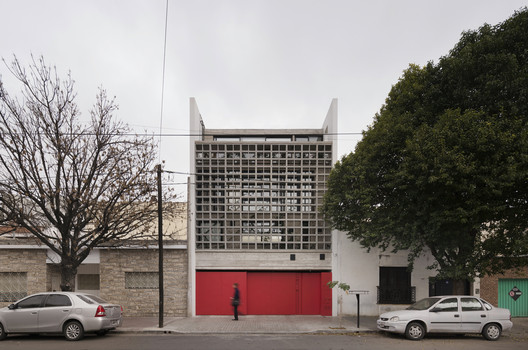