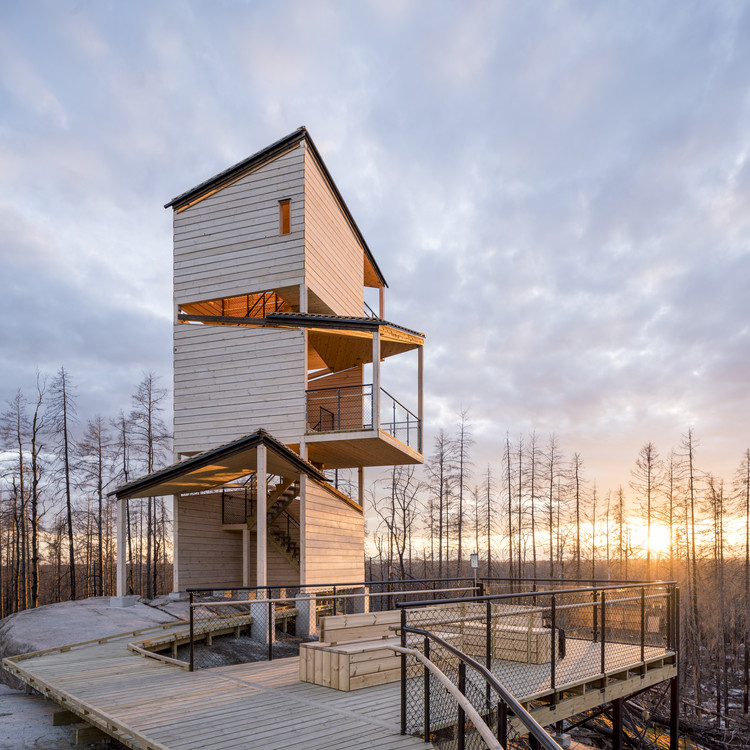 Text description provided by the architects. In the summer of 2014, a spark on a clearcut started Sweden's then-largest forest fire in modern history. The summer after the fire, 2015, architecture student Mikael Hassel was hiking in the area and was greatly influenced by the experience. In the same year he started his Master's thesis at Stockholm’s Royal Institute of Technology (KTH Arkitektur); with the aim of making the site accessible to the public. Mikael's project became a series of interventions in this newly formed Nature Reserve, Hälleskogsbrännan. During this time, the County Administrative Board in Västmanland announced a competition for a Visitor Centre on the site. The competition’s judges awarded first prize to Mikael’s proposal, which was based on his thesis work; the project was completed during his employment at pS Arkitektur

The visitor center combines an outdoor classroom, a viewing tower, platforms, and information stops as visitors hike up Grävlingsberget; helping visitors learn about what happened, how it affected the area and what is happening in the nature reserve in the aftermath of the fire. The project is a tribute to the power of nature's recovery.

Each part of the project consists of compact volumes, with twisted roofs and forms that lead the eye out in the landscape, creating interesting views as well as dynamic and characteristic shapes in the landscape. The project is intended to interact with nature without competing for attention. The closed volumes contrast the open greatness of nature. The project calls for reflection.

The many custom-designed details in facades, benches, and tables are a playful gesture to the log house tradition of the region and are representative of the quality and care that are undertaken in the project. The low key palette consists mainly of grayed wood and black steel, a metaphor for the forest and the fire, before and after.

Accessibility was integrated into the project from an early stage and is central to the project; everyone should be able to experience and learn about the place. The site continues to develop and new additions are on the way; activating the entire nature reserve with other parts of Mikael's thesis project, such as stargazing sofas and barbecue areas, which will be placed along new hiking trails in other parts of the Nature Reserve, attracting visitors further into nature. 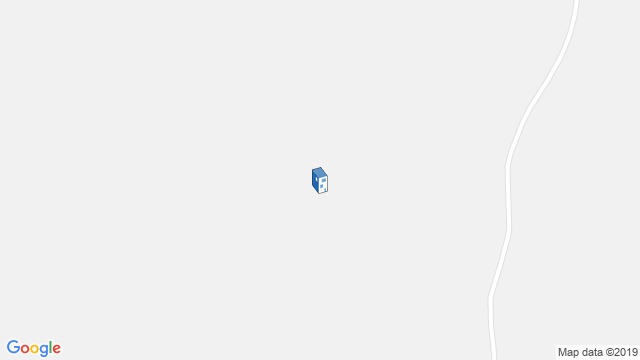 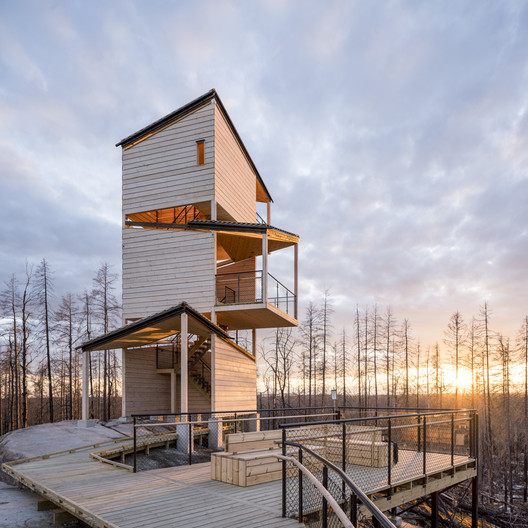