The international design firm Olson Kundig has designed a new sustainable option for after-death care. In fact, the architects created the world’s first facility for converting human remains into soil, a flagship building for Recompose in Seattle. 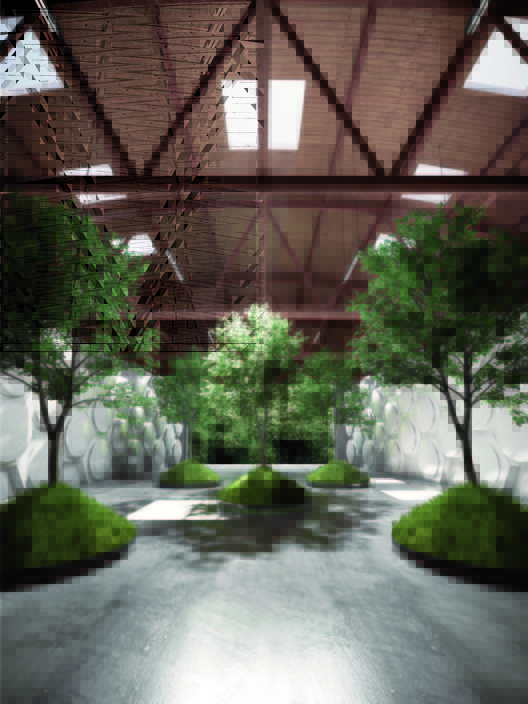 Following the legalization of the disposal of human remains through composting in Washington State, Recompose|SEATTLE, set to open in the spring of 2021, will be the first project to offer this burial alternative to people. Led by design principal Alan Maskin, and designed in collaboration with Katrina Spade, founder, and CEO of the Recompose public benefit corporation, the innovative facility introduces the original service of “natural organic reduction”.

We asked ourselves how we could use nature – which has perfected the life/death cycle – as a model for human death care, […] We saw an opportunity for this profound moment to both give back to the earth and reconnect us with these natural cycles. -- Katrina Spade, founder and CEO of the Recompose public benefit corporation.

The process initiated can convert human remains into soil in about 30 days, helping nourish new life after death. An alternative to traditional techniques, this method uses one-eighth of the energy of cremation, allowing, therefore, to save over one metric ton of carbon dioxide per person. Working in close collaboration, the Recompose team designed the first prototype of the Recompose vessel, in 2016, while fulfilling a residency at the Olson Kundig’s offices.

Located in Seattle’s SODO neighborhood, the Recompose|SEATTLE proposal puts in place an 18,500-square-foot facility that helps induce the process. With a modular system at the core of the conception, the project that comprises of 75 vessels, is “centered around individual natural organic reduction vessels that transform human remains into clean, usable soil”.

Stacked and organized in a way to generate a central gathering space, the vessels are not the only entity of the composition. In fact, Alan Maskin, owner and design principal at Olson Kundig, states that “this facility hosts the Recompose vessels, but it is also an important space for ritual and public gathering. The project will ultimately foster a more direct, participatory experience and dialogue around death and the celebration of life". The Recompose|SEATTLE space includes also spaces for the storage and preparation of bodies, administrative back-of-house areas, and an interpretive public lobby which describes the Recompose process. Finally, transparency between the exterior and interior spaces emphasizes furthermore the collapse of boundaries between the human experience and natural processes.

As a studio, Olson Kundig has always thrived on close collaboration with some of the world’s most imaginative and innovative problem-solvers, like Katrina and her team. We’re honored to be involved with this project, and excited for the first Recompose facility in the world to open its doors in Seattle. -- Alan Maskin, owner and design principal at Olson Kundig.